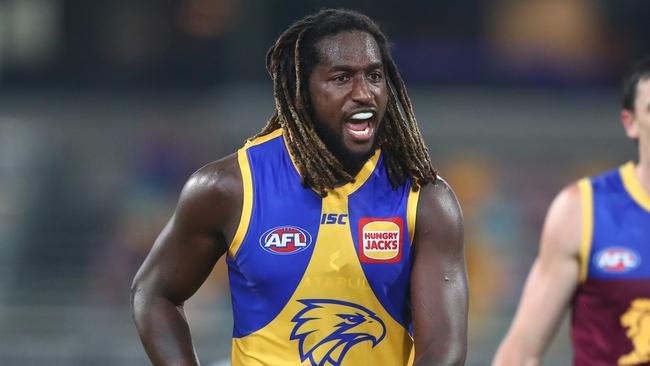 Another day, another AFL daily fantasy slate! This Saturday brings us a nice three game slate to play with the usual offering of contests from the major platforms in the industry:

Adelaide are the only team on this slate to feature at the top end for points conceded to defenders this season. This is going to be a familiar story across the positions as the Crows have given up the most fantasy points in the league this season and are an easy target for game stacks every time they are on the slate.

The midfield is the prime position to target the Crows. Here they are giving up 8.7 points more than league average per player, but this really spikes up when you isolate the top three scoring midfielders (+12.3 points per player, which is over 5 points higher than the next team). If you are looking for alternate options Geelong also give up more points than league average on the whole and the Eagles come in as solid favourites at home after decimating Collingwood last week.

St Kilda stand out as the team to attack through the ruck on this slate as they give up 84 points per game to the oppositions number 1 ruckman. This number has increased over the last 5 games as well (which include the return of Paddy Ryder). The challenge will be identifying a viable ruck option to play for Sydney… can we really trust Callum Sinclair?

Very matchup specific here, however Bonar has been getting opportunities through the midfield particularly with Cunnington and Ziebell out (and Polec now joining them after being dropped). His last game before injury he started to realise there is a football on the ground the games object involved obtaining it and was able to post 51 fantasy points (a solid return at this price). Meanwhile Taylor has shown plenty of upside up forward with scores of 69+ on three occasions this season. As noted above the Crows have given up the most fantasy points in the league this season, particularly to midfielder and forwards.

Blicavs took over a significant portion of ruck duties last week as the Cats went in with just him and Ratugolea. There has been no team change this week, which means we will see a similar setup and going against the formidable Nic Naitanui there will be plenty of support required. Blicavs has shown in the past the ability to rack up fantasy points around the ground when he is unleashed on the ball and as we saw last week against Fremantle where he posted 83 fantasy points from 24 hit outs and 19 disposals. His role makes him a great play at these price points.

On the flip side the ruck decision shapes up to be a difficult one on this slate. Nothing stands out at the price up points in the matchup between Goldstein and O’Brien. This leaves me choosing between Callum Sinclair and Nic Naitanui. Both are viable plays on this slate, but Naitanui looks to have the far easier matchup. As noted above, Geelong are essentially going patch work ruck, which means Naitainui should absolutely dominate at the stoppages. He has already posted 90+ games this season, which means he has GPP upside at this price point.

Mills has finally been given a run through the midfield. Attending 15 centre bounces last week (equal highest of the Sydney midfield with Parker), so it is clear that the Swans are going to be looking at Mills in that role while they are light handed. He responded with a solid 91 fantasy points and should continue to score at the rate while he is given the opportunity.

Dumont is an unlikely player to be found in the premium section of a fantasy preview, but he has been given a lot of free reign around the ground this season. Playing an outside role, he has managed to rack up back to back 90+ point games and on this slate draws the easiest matchup in the league for his position against the Crows. Meanwhile Higgins can be locked in right alongside him. He really needs no explanation beyond the fact that the Crows give up a whopping 98 points per game to their opponents top 3 scoring midfielders this season.

A double dose of fade of the day for this slate. Both players have huge tag alerts looming with Luke McDonald likely to sit on Brodie Smith (I mean who else is there at the Crows), while Jarryn Geary might do a forward tag on Jake Lloyd. Buyer beware! 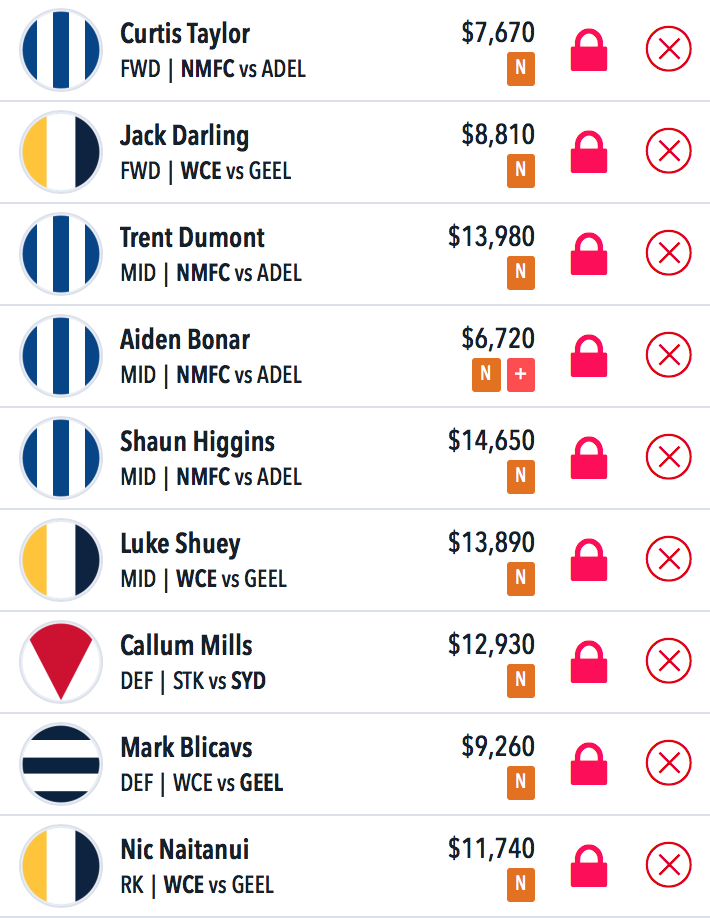