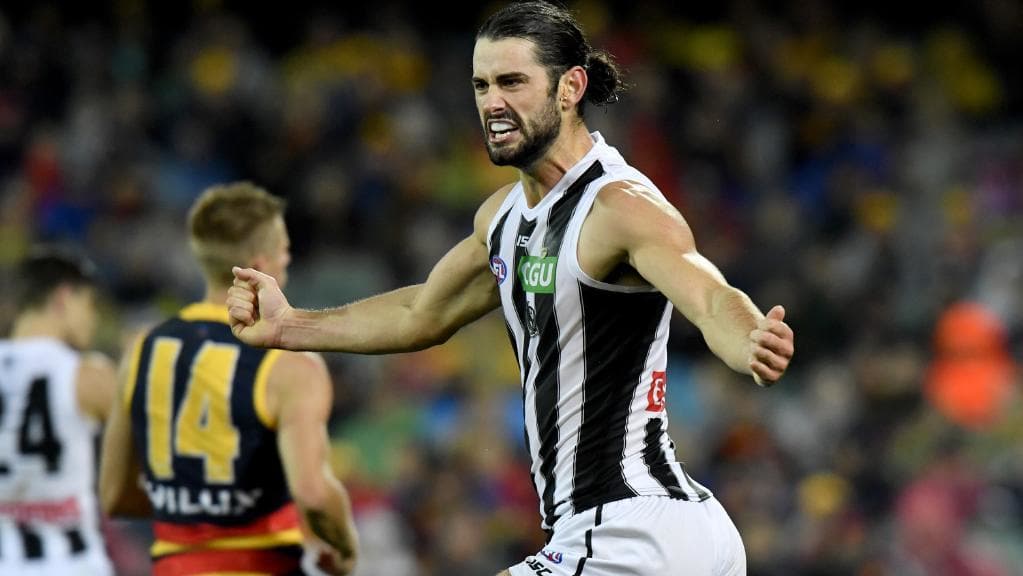 The fifth straight day of AFL football is here, and we aren’t slowing down one bit! This Sunday brings us a fund little two game slate to play with the usual offering of contests from the major platforms in the industry:

There is a small threat of rain in the Perth area during the afternoon and evening when the game is due to be played. So, monitor as game time approaches and consider whether this will impact your play. While Gold Coast looks all clear with perfect football conditions.

Collingwood and Fremantle have both been teams that have conceded points to defenders this season. The Magpies have structured up in a way that allows opponents to score the 3rd most points with backs in the league, while Fremantle are just behind them giving up the 5th most. So, the question is, which team will you look to stack up. For me it will be the Magpies.

Fremantle are the only team to note who have given up a high level of fantasy points to opposition midfielders this season. They are 6ths in the league for points conceded to top 3 scoring mids at 86 points per game (just above league average).

GWS and Fremantle are both top 5 in the league for hit outs conceded this season. The clear cut obvious play on this slate will be Brodie Grundy who should have his way with the ‘modge podge’ of ruckman that Fremantle have been using. The question is whether we can find enough value to jam him in, so in saying that let’s break down the plays!

Sier at close to minimum price will be the most popular value play on this two game slate quite comfortably. In 2019 he played 6 games for an average of 50 fantasy points and in 2018 he played 8 games while averaging 75 fantasy points. Both would make for solid returns at this price point. The question as always will be his role, however he has rotated through the midfield during all of his games and with Scott Pendlebury and Rupert Wills both out, he makes for a natural replacement on the inside.

Blakey has finally earned a call up for his first game at AFL level this season. It has been flagged already by Justin Longmuir that he will be brought in to play his natural role of inside midfielder. Blakely certainly has his many critiques as a footballer and has been on the outer within his own team, however when he plays, he has shown an ability to find the football. During 2018, the last time he got substantial time as a midfielder he had a run of 7 out of 10 games over 100 points, including 3 games over 134 and just one game under 91. At this price point he is worth considerable ownership.

Lachie is still too cheap at this price point for a player whose last five games have been 88, 101, 108, 84, and 99. He is one of the safest plays in all of AFL daily fantasy if you can be certain he won’t get a tag and on this slate he faces Gold Coast who have not tagged since round 2 (and even when they did tag it was unsuccessful). 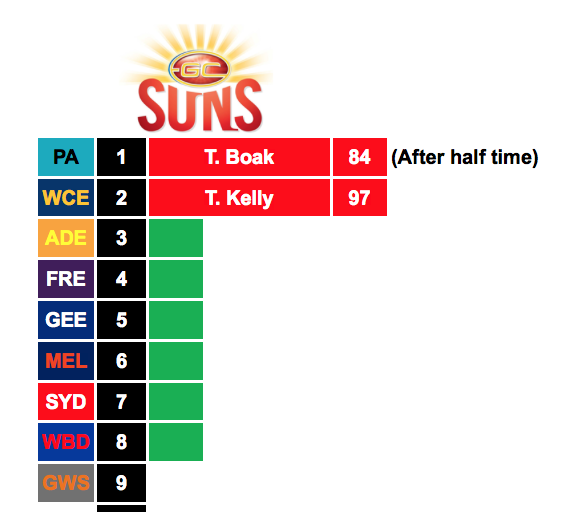 As mentioned above Fremantle have been getting beaten in the hit outs this year and on top of that Grundy will have his way with big Sean Darcy around the ground. His lowest score against Fremantle from their last 5 contests is 103 and I expect no different on this slate where a ceiling game is firmly in play. 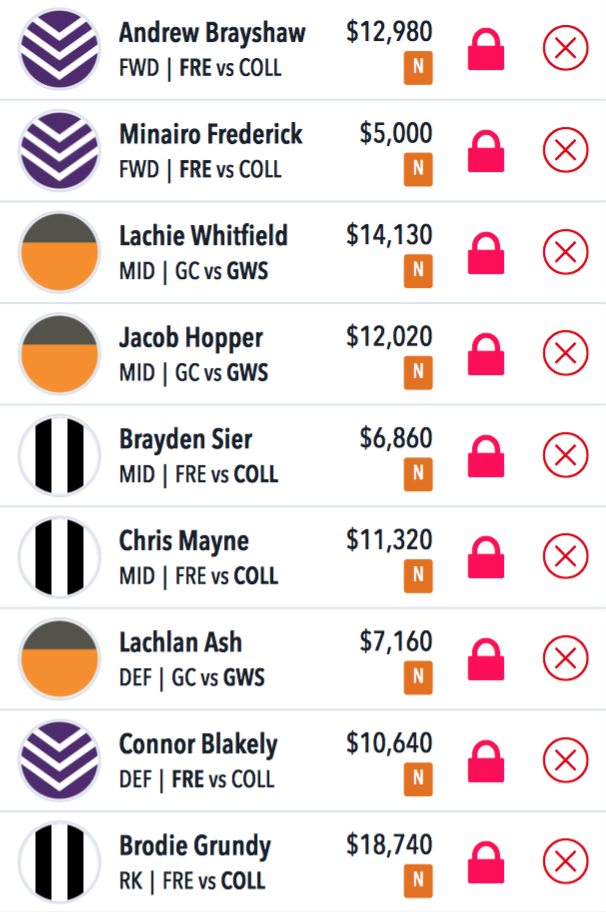 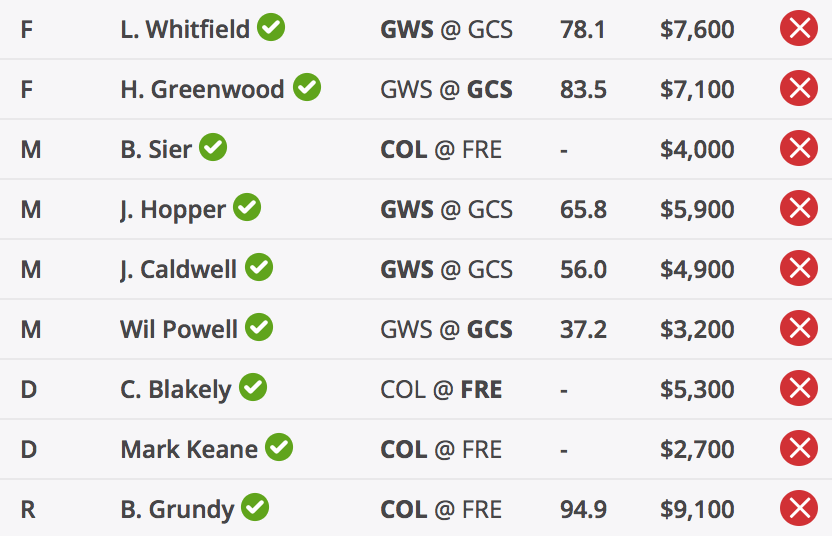