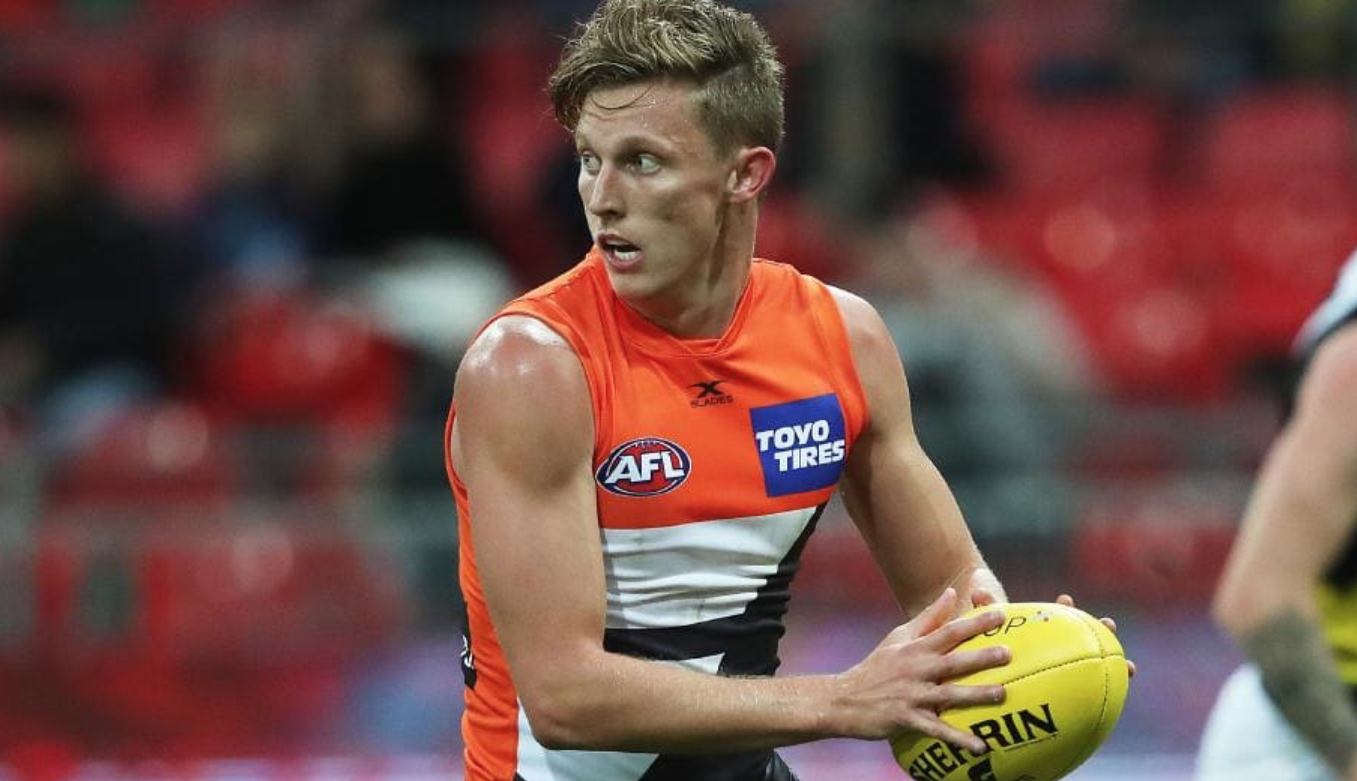 Time to pin the ears back and get into the first multi game slate of the season as super Saturday gets underway with 4 games to break down. For all us DFS lovers the major platforms have a number of massive DFS contests on offer:

In addition to previews for each and every slate this season, Daily Fantasy Rankings will continue with our AFL Resources page. This section provides you all the data you need to build your best lineups. It includes daily cheat sheets for both Draftstars and Moneyball, Player Correlation tables, Player Out tables, Scores Against tables, Tagging information, statistical breakdowns and much more!

Obviously each season is a new year and trends from 2019 aren’t typically going to remain the same, that said it is still a great starting point to gauge what we can expect heading into this contest.

The big question is whether Gold Coast will still be the top target in the league this season. Last year they were absolutely decimated by midfielders, especially the top priced mids, conceding a massive 119 points per game to the three scoring players from that position. Adelaide also stands out as a team to attack through the midfield.

Fremantle were one of the top teams to target with backs last season, now this may change with a new coach and strategy expected to be on display that focuses on slow build up from the backline. I like loading up on backs against the Crows and their opponent, Sydney, often fall into the style of chipping around the back line.

The Giants shored up the ruck position in the off season by bringing in stalwart Sam Jacobs so they shouldn't be taken advantage of in this spot like they were last year. Essendon gave up the fourth most points to number one rucks last year at 96 points per game and this is something that should continue through 2020. I also like attacking Geelong who will be rolling out Darcy Fort to start the year.

Zach Guthrie (DS $5,530, MB $4,800) has won himself the wing position for the Cats lining up there an average of 18 times per game through the preseason and named there for the opener. Historically he played on the backline and had not shown much potential for fantasy scoring, however during the preseason playing on the wing he was able to put together an average of 77 points across two games. At almost the bare minimum price he should be able to return value playing this role.

James Rowbottom (DS $7,990, MB $6,000) is an absolute lock and load for me. With 9 centre bounce attendances in the first preseason game, followed by 18 in the second, he looks earmarked for a significant role in the Swans depleted midfield this season. Rowbottom has been an absolute pig in the NEAFL and looked right at home last season playing 9 games from round 15 onwards and posting 5 scores of 77+. As noted above he also draws a great matchup for midfielders against the Adelaide Crows.

James Aish (DS $9,070, MB $6,500) is my second lock of the day, with a clear role through the middle and/or out on the wing at Fremantle, Aish will be given every opportunity to score fantasy points on the outside, something he wasn’t fully given with the Magpies. In the only preseason game he suited up for he had 12 of the 22 center bounces and posted a 100 point game racking up 24 disposals.

Andrew McGrath (DS $12,510, MB $7,600) it is finally time for the former number one pick to take a seat at the table for the Bombers as they move him into the midfield this year. During the preseason he averaged 18 center bounce attendances, the second most on the team, and averaged 94 points (including a 110 point performance against Geelong). On this slate he faces a very young midfield group in the Fremantle Dockers at home, with Essendon favoured by over 14 points.

These two players look to be two of the cornerstones to the Gold Coast Suns inside midfield brigade this season leading the way in center bounce attendances through the preseason. I expect both to be relatively popular and if I had to pick one I’d lean to Will Brodie who has shown exceptional fantasy scoring potential when given the opportunity (he posted an average of 104 fantasy points during the preseason while playing limited game time).

Brodie Smith (DS $13,210, MB $8,500) is another player who is set for a significant role change this season. With the Crows looking to increase their leg speed through the midfield, Smith is set to spend the majority of his time on both the inside and outside at this position. We saw him move to the wing late last season and he responded by averaging 103 fantasy points over his last 6 games. In the preseason he played just one game and was in 7 center bounce attendances and lined up on the wing another 3 times, in what was a near best on performance posting 124 fantasy points.

Lachie Whitfield (DS $15,380, MB $8,400) is my favourite spend up option, which we will be easily able to do on this slate with all the value around. I expect the Giants to handle Geelong with ease and will be looking at plenty of GWS game stacks as part of my exposure. Whitfield is priced reasonably for a player who put together a mind-blowing fantasy season in 2019, which had just two scores under 102 fantasy points (not counting his injury affected 39). He has shown 190-point upside and a score of 140+ is realistically in play here if the game blows out. 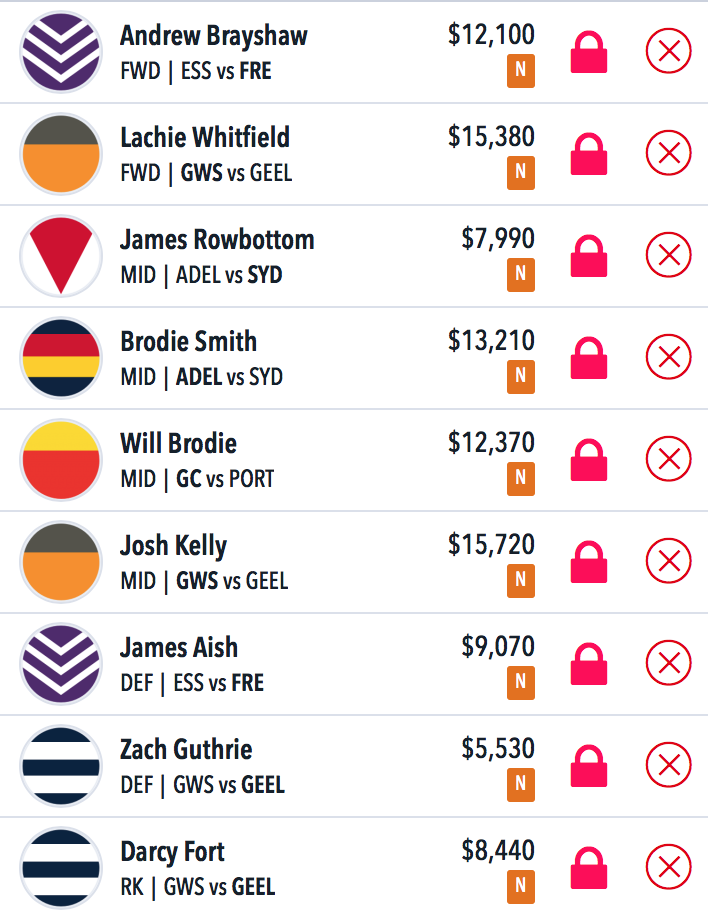