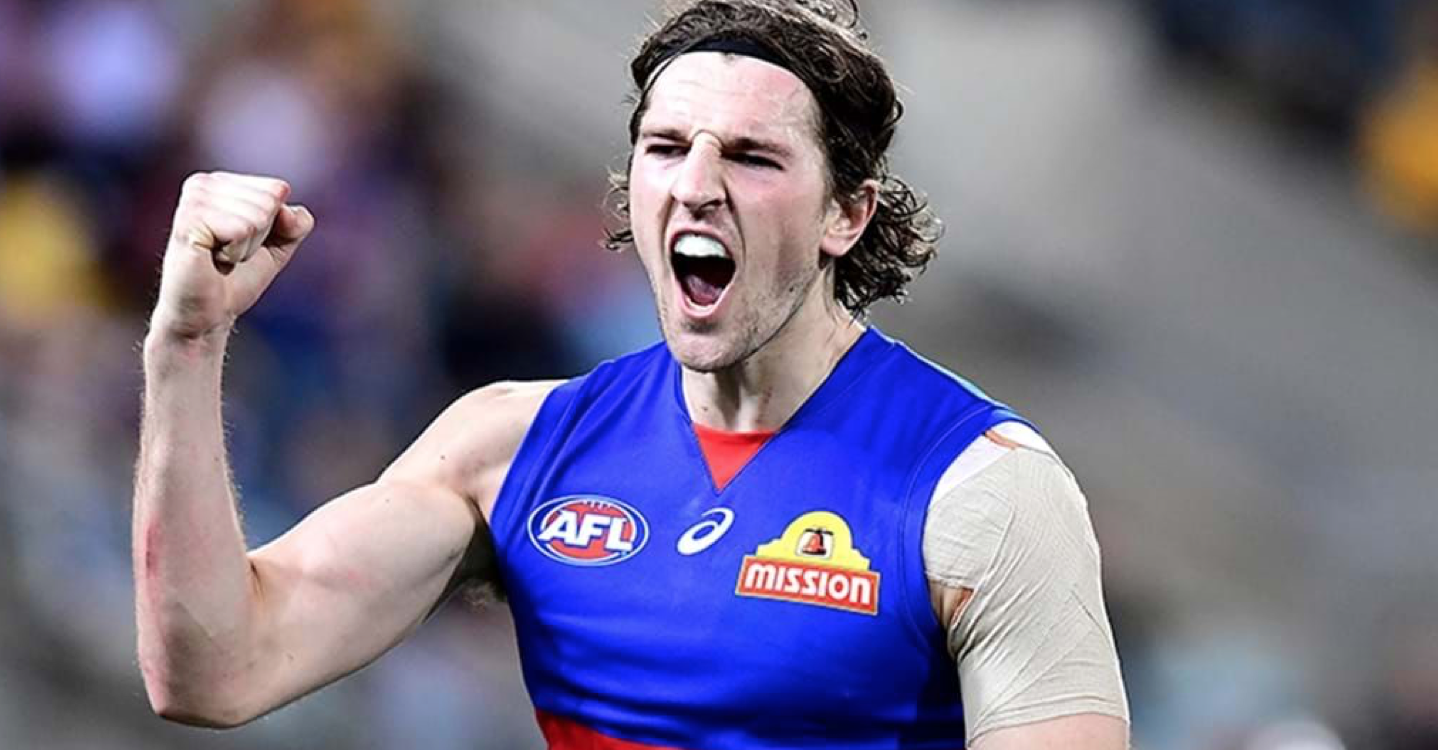 With Round 1 now a go it is time to dive headfirst into the AFL DFS season as we honestly don’t know how long it will last. Friday night footy’s first game of the year brings us an exciting matchup at Marvel Stadium between the Western Bulldogs and Collingwood.

The major DFS platforms have several juicy contests for us to play:

Hef and Smatho from the DFR DFS Down Under Show did talk about this Friday night matchup. Click on the video to hear their opinions on this match

Obviously, each season is a new year and trends from 2019 aren’t typically going to remain the same, that said it is still a great starting point to gauge what we can expect heading into this contest. Collingwood and the Western Bulldogs were two of the hardest teams to score against in 2019 with both sides bottom 7 for fantasy points conceded, which means we will have to dig deep to find areas to attack.

Despite having a notoriously high scoring back line that possesses the football, the way Collingwood setup also enabled opposition backs to score, conceded the six most fantasy points to defenders last season. This will suit the Bulldogs who appear to have more half backs than any other team in the competition.

If there is one area to focus on when attacking the Bulldogs it is via the forward line. With their defense, in particular against talls, being the position that has let them down over recent years and will need to lift if they are to live up to this season expectations.

For years now the Bulldogs have had a big hole at the ruck position. Tim English might be on the verge of greatness (and possibly the 2.0 of his superstar opponent in Brodie Grundy), however he is still likely to concede a lot of fantasy points as he develops. Last year the Bulldogs gave up the most fantasy points to the opposition's number 1 Ruckman.

John Noble (DS $8,550, MB $6,600) Gee I liked the look of this kid in the preseason across half back. He has a nose for the ball and notched up 23 possessions for an average of 80 fantasy points in the 2 Marsh Series matchup. He looked like his development had continued from a solid debut season last year where he came in late and was able to post 3 straight 72+ point games from round 22 through to the qualifying final. We all know how much Collingwood love to possess the ball across the back line to develop their play and Noble at this price point appears like a lock to me.

Jordan De Goey (DS $10,450, MB $6,400) This season could mark the beginning of the long-heralded move to the midfield for budding superstar Jordan De Goey. With Adam Treloar essentially ruled out with a hamstring injury the Magpies will have a significant portion of playing time through the middle open up and De Goey looks primed to swoop after seeing an average of 8 centre bounce attendances through two preseason games. During his time playing as a midfielder he has not only excelled but shown the capacity to rack up an abundance of fantasy points, but what makes this play even more of a lock is the fact he will also swing forward, a position that the Bulldogs have had issues containing in past years.

Bailey Smith (DS $9,380, MB $6,800) With the delayed concussion suffered by Patrick Lipinski and subsequently ruled out for round 1, I expect Smith’s midfield time to increase. Smith did see some good midfield time in the 1st Marsh series game against the Kangaroos laying a team high 10 tackles along with 14 possessions. Then in the 2nd game against the Power, once again he lay a team high 10 tackles with 20 possessions. If this trend continues then you have your best value play of the contest right here!

Jamie Elliot (DS $10,090, MB $7,100) the pricing for this contest feels a little light and I will be tucking into the mid range players. Elliot is a similar play to De Goey in the sense that there has been plenty of talk preseason about his having stints in the midfield in order to speed up the Magpies in this area of the field. Again, without Treloar in round one this role might be even further increased. Through two preseason games he attended 6.5 centre bounces per game and in addition has shown plenty of capability when fit over his career to post 100+ point scores while up forward as well.

Brodie Grundy (DS $16,560, MB $10,400) This isn't really rocket science here. The best fantasy Ruckman (and probably player) in the entire league going against a 22-year-old developing ruck who gave up the most fantasy points in the league at his position last year. A ceiling game of 160 and up is on the cards... Set and forget here.

Marcus Bontempelli (DS $14,760, MB $9,300) is the cheapest of the big three for the Bulldogs and while I don’t really recommend reading into preseason form for players that are well established he was just so clearly the best player in their matchup against the Power it was hard to ignore. Last year across the last ten games while the Bulldogs stormed home he posted an average of 107 fantasy points per game and I love what getting the savings on his allows me to do on this slate. 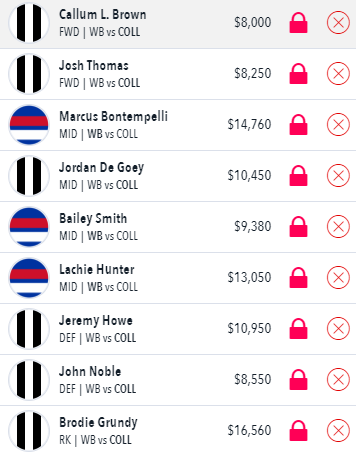