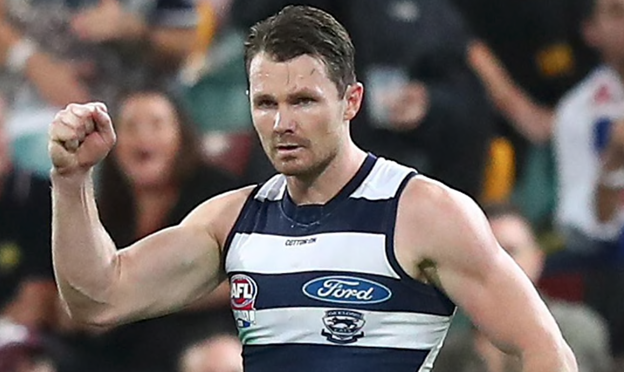 For those of us that love multi game slates for AFL daily fantasy, wait no longer! The first Super Saturday slate of the 2021 AFL Premiership Season is here with four games to attack. The major platforms have us covered with a wide array of huge daily fantasy contests on offer:

Perfect weather for football in Melbourne and Adelaide, but up at the GABBA it is a different story. Not usual to be expecting thunderstorms for a game of football up in Queensland and this week is no exception with up to 30mm of rain coming. The one positive is that it is forecast to come through the day and this is a night game so it may have dried out by then. Keep an eye on the weather through the day and set your lineups accordingly.

Adelaide was a team you could pretty much target at every position last year and there is no real indication that things will get much better in 2021. Geelong are heavy favourites in this matchup and will be a popular option to stack. If you are going that route, start with the backs as the Crows gave up the second most points to the position last season.

Essendon are handing over the keys to the ruck to Sam Draper who has a promising future, however last year he leaked fantasy points significantly. Essendon gave up the third most fantasy points to opposition number one ruck man in 2020 and will likely be one of the top sides for points conceded again this year.

Lloyd Meek (DS $7,500, DK $4,300) is getting thrown straight into the fire as the Dockers ruckman have all gone down injured heading into Round 1. It is arguably the toughest matchup into the league for a ruckman to post fantasy points against big Max Gawn, however when anyone has sole ruck duties and is priced this cheap, they are in play. Meek also more than held his own during the preseason matchup against one of the other titan bigs in Nic Naitanui where he posted 70 fantasy points, so he has already shown he can return solid value.

Jordan Clark (DS $8,620, DK $5,300) is a lock and load play for me on this slate, and likely will be for many others. He has historically shown the capability to score fantasy points when he is given the opportunity, particularly across half back or on the wing. This is an elite matchup for him against the Crows who gave up plenty of uncontested possessions last season, particularly across half back and through the midfield. In the preseason game Clark spent plenty of time on the wing and racked up a ridiculous 135 fantasy points. He won’t need close to that to return value at his price point.

Ben McEvoy (DS $9,460, DK $4,400) offers dual position on Draftstars as a back or a ruck. Despite the fact that Jonathon Ceglar is in the line, McEvoy is expected to take a significant portion of ruck time this season and he has the capability to hit the 100 point mark in that role. As mentioned above this is an elite matchup for rucks against Sam Draper.

Nathan Fyfe (DS $13,880, DK $6,700) at this price looks very juicy. Now we all know the Dockers love to use him as a forward for patches, which hurts his scoring potential at times. That said he spent plenty of time on the ball in the preseason game against the Eagles where he was absolutely dominant with 27 touches and 98 fantasy points. I expect a similar split for this match as the Dockers will need his dominance around the stoppages to get a win away from home.

Patrick Dangerfield (DS $14,520, DK $7,900) is also under-priced given the fact that the Cats are set to unleash him back into the midfield this season. We got a taste of that in the preseason game against the Dons where Dangerfield notched up 86 points in just 70% game time. But we don’t need a preseason game to give us an indication of Dangerfield’s scoring potential. He has a 150+ point ceiling and has what will likely be the best matchup in the league this season from a fantasy perspective against the Crows.

Christian Petracca (DS $14,950, DK $7,700) I love at this price at home against the Fremantle Dockers who can give up plenty of fantasy points. Last year was a breakout season for Petracca and in the short games he showed upside that could knock the roof off in a normal time format. 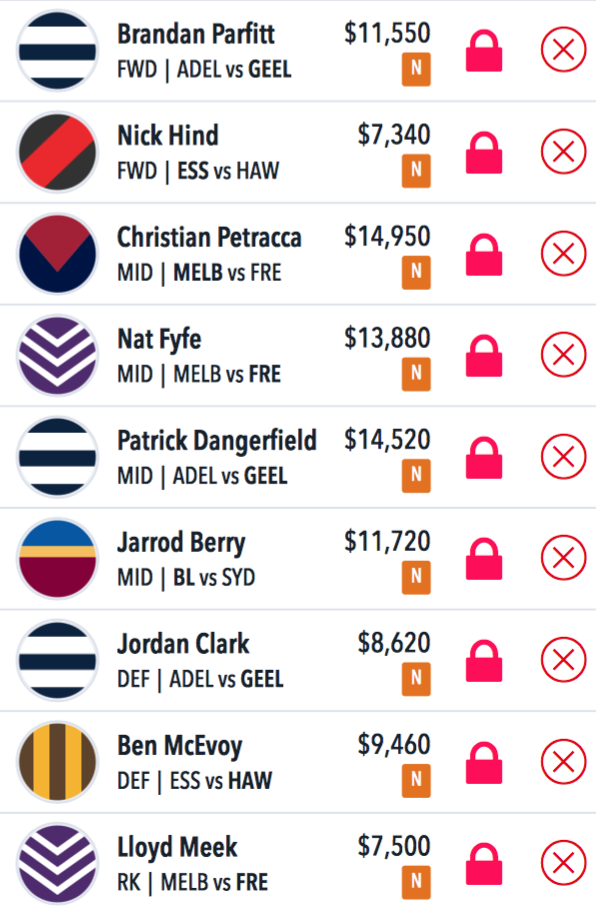 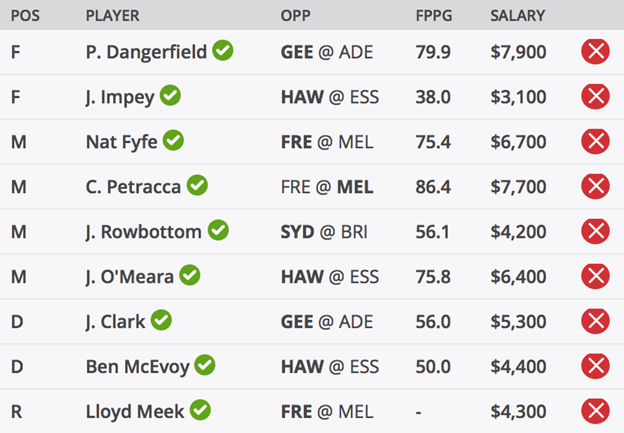