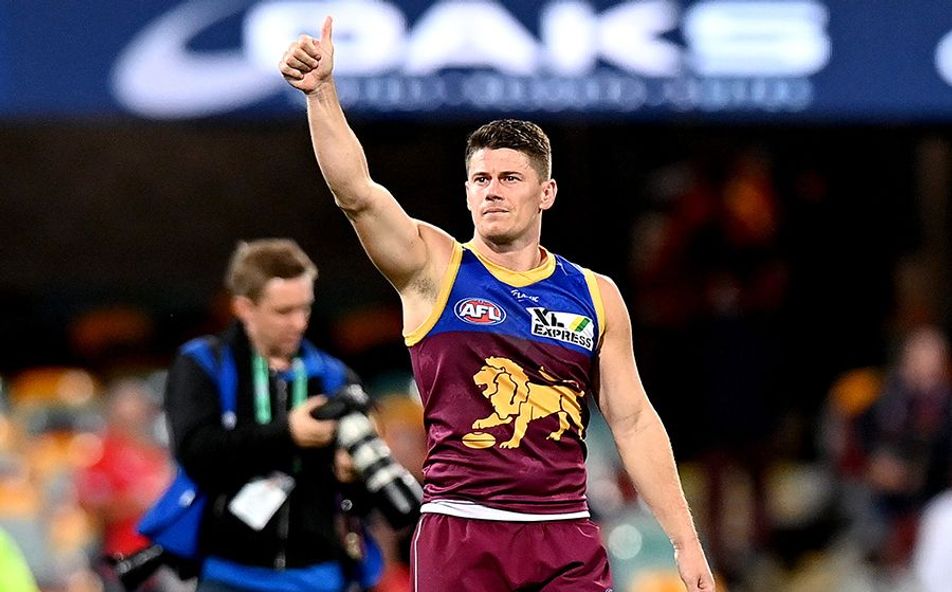 Round 10 of the 2021 AFL Premiership Season kicks off this Friday night with a game between Brisbane and Richmond at the GABBA. As always we have massive daily fantasy contests on offer:

Looks like perfect weather in Brisbane for this Friday night game. Pick your teams with confidence!

The Tigers have been one of the top teams to target with defenders this season giving up 74 points per player, which is the third highest mark in the league. This is a trend that has continued from past seasons as Richmond is giving up the third most uncontested possessions and marks.

This is somewhat surprising that we see Brisbane giving up 88 points per game to the opposition number ruck (the third highest mark in the league), which the Tigers are conceding just 69 points per game (5th lowest). This is a total reverse of previous season trends, but it is worth noting that the Lions have lowered their points conceded significantly over the past 5 games.

Riley Collier-Dawkins (DS $8,660 DK $5,400) / Jack Ross (DS $5,000 DK $3,000) … The Tigers have had to go with a young and inexperienced midfield right now given the number of injuries to their first stringers. Collier-Dawkins waited a long time for an opportunity but he has taken it with two hands now posting back to back 60+ point games in his first two career matches before following that up with an 86-point game last week. He attended 24 centre bounces last week (the most of any Tiger), which givens him plenty of opportunity to pay off this strategy.

Ross is another value play who returns after an injury at the absolute minimum price range. In the games he has played this season he has consistently attended a modest amount of centre bounces, but that midfield time should see an increase this round given the number of midfielders out for the Tigers.

Deven Robertson (DS $7,660 DK $3,200) is a youngster who has been getting a lot of opportunity due to the Lions injuries (especially Lachie Neale). From his 6 games this season he has posted 3 games of 70+, which is GPP winning value at his price point. He has seen his role inside increase in recent weeks, attending 15 centre bounces last week (his highest amount this season).

Liam Baker (DS $11,250 DK $8,200) is another player on the Tigers who has seen a role change as a result of the Tigers midfield being decimated by injuries. Attending 18 centre bounces last week he was the third highest used midfielder. We saw his score explode as a result of this new role too, posting a massive 118 fantasy points from 33 touches.

Daniel Rich (DS $13,980 DK $9,800) fits the mould of where to attack perfectly as the Lions premium back man. He is having a career year, posting just under 100 points per game and on this slate, he draws one of the top opponents in the league for points conceded to backs.

Dayne Zorko (DS $14,270 DK $10,000) is averaging 100 points per game this season and is nicely priced for that level of performance. He is seeing a consistent load of centre bounces, particularly now that Lachie Neale is out (just under 50% attendance). Consistency has been key for Zorko in recent weeks with just one score under 100 points from his last 5 games. Brisbane midfielders at the premium prices stand out given the Tigers give up the 4th most disposals in the league this season. 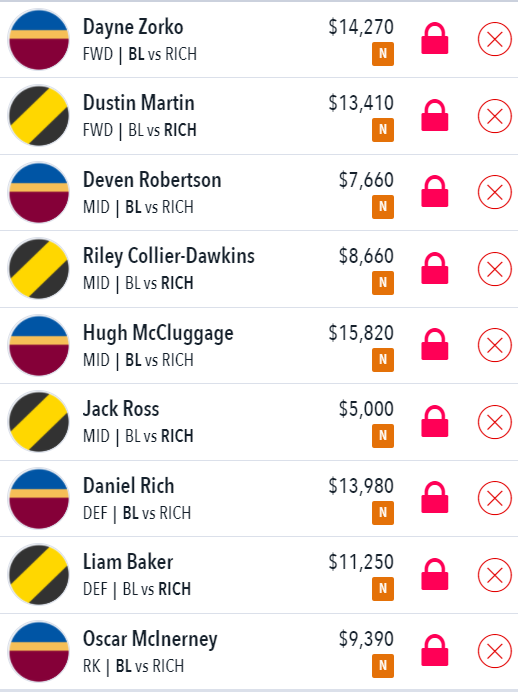 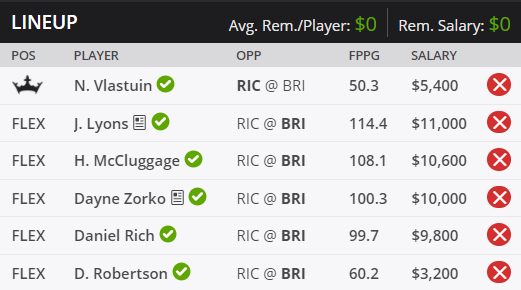