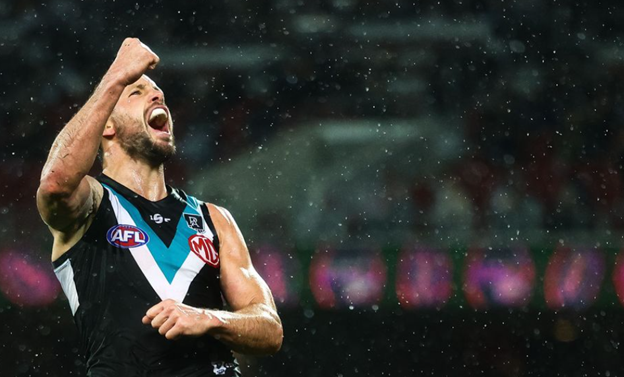 Time to close out Round 10 of the 2021 AFL Premiership Season with a 3 game Sunday slate.  The major platforms have us covered with a wide array of huge contests on offer:

Great conditions in Melbourne today for football, while in Sydney there is a chance of slight rainfall but nothing that should have any major impact on the game or who you are selecting fantasy wise.

Two of the best teams to attack from a fantasy perspective are on this slate, which gives us plenty of stacking options with their opponents. North Melbourne and Collingwood are top two for disposals conceded this season and they are both tied for most uncontested disposals. Interestingly Collingwood is lengths on the rest of the league for uncontested marks and they play Port Adelaide who are love to possess the ball (third most disposals).

The back position is the number one area we take advantage of these numbers, particularly against Collingwood. The Magpies have given up an average of 79 points per player to opposition defenders, which is over 5 points per game higher than the next team. Stacking up Port Adelaide’s backs on this slate is one of the more obvious plays you will find this year.

As father time starts getting hold of Todd Goldstein and the Kangaroos reduce his ruck time we have seen opposition rucks starting to really get hold of them this season. North have given up 89 points per game to their opponents number one ruck man, which is over 3 points per game above the next highest team. It is worth nothing that GWS are also giving up 84 points per game, which is the fourth most in the league this year.

Hamish Hartlett (DS $8,930) has been having a down season this year with just one game over 80 fantasy points. As a result, we have seen his price drop all the way down into the $8k range. He has managed 70+ 4 times and his highest score for the year should be in play given the matchup today so I love using him for savings in Port stacks.

Lachlan Jones (DS $5,750) is another avenue I will be going in the value range. Returning from injury after playing just one and a half games, this young man child already showed in his first every AFL game he can return over 10x value at his price point posting a 68 point game. He plays off half back and like Hartlett has the best matchup in the league for that position today.

If you are looking for value plays outside of Port Adelaide I would be looking at David Zaharakis (DS $7,710) or Curtis Taylor (DS $6,660)

Travis Boak (DS $13,540) is still sitting nicely under that $14k mark despite a three game run of 112, 88 and 112. Like every Port Adelaide player today he has the top matchup in the league against the Magpies. It is not just the defenders that benefit from this matchup as Collingwood have also given up the most points in the league to midfielders this season (90 points per player).

Josh Kelly (DS $13,320) has finally been getting more midfield time in recent weeks and he has responded with a return to fantasy scores that are more in line with your typically expectations of a player with his ability. The last two weeks he has attended 69% and 41% of the Giants centre bounces (prior to that he had seen 3 games of no centre bounces – a real head scratcher), and when he is not there he is up on the wing rather than playing off the flank. The result is a 3 game run of 121, 105, and 115, and despite this his price has yet to jump up too much. 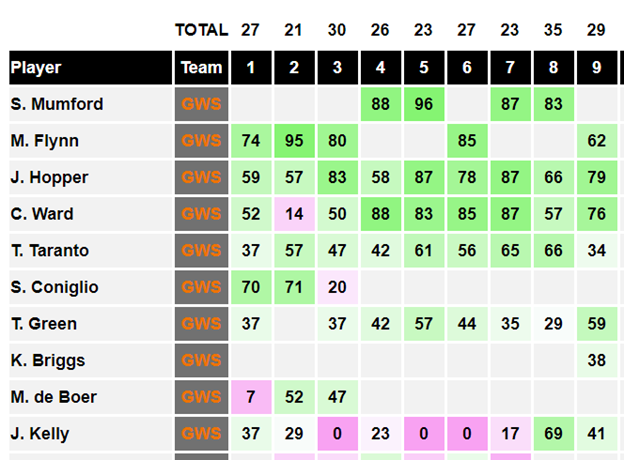 Zach Merrett (DS $15,470) cost a large % of owners last week, including us, when Fremantle decided to pull a tag on him out of nowhere. Merrett was held to a sub 100 point score for the first time all season. I love the bounce back play this week against North Melbourne who as we noted above are number one for possessions conceded this season. North are 6th in the league for points conceded to midfielders. If you are worried they might have seen what happened last week and go to a tag as well, I do like Parish and McGrath as alternative options. 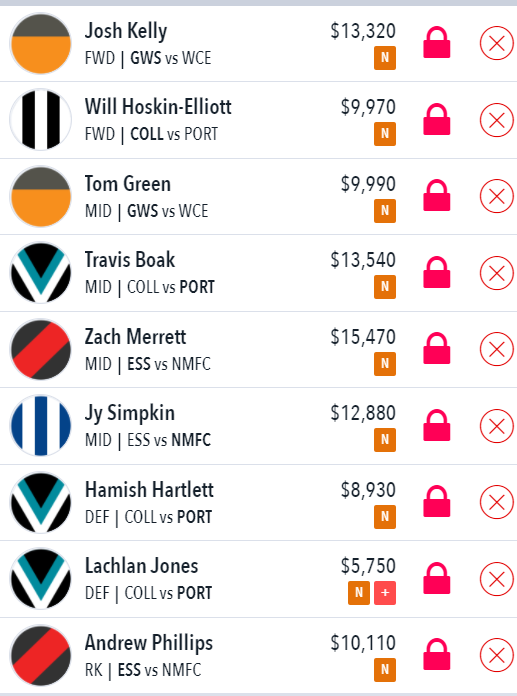