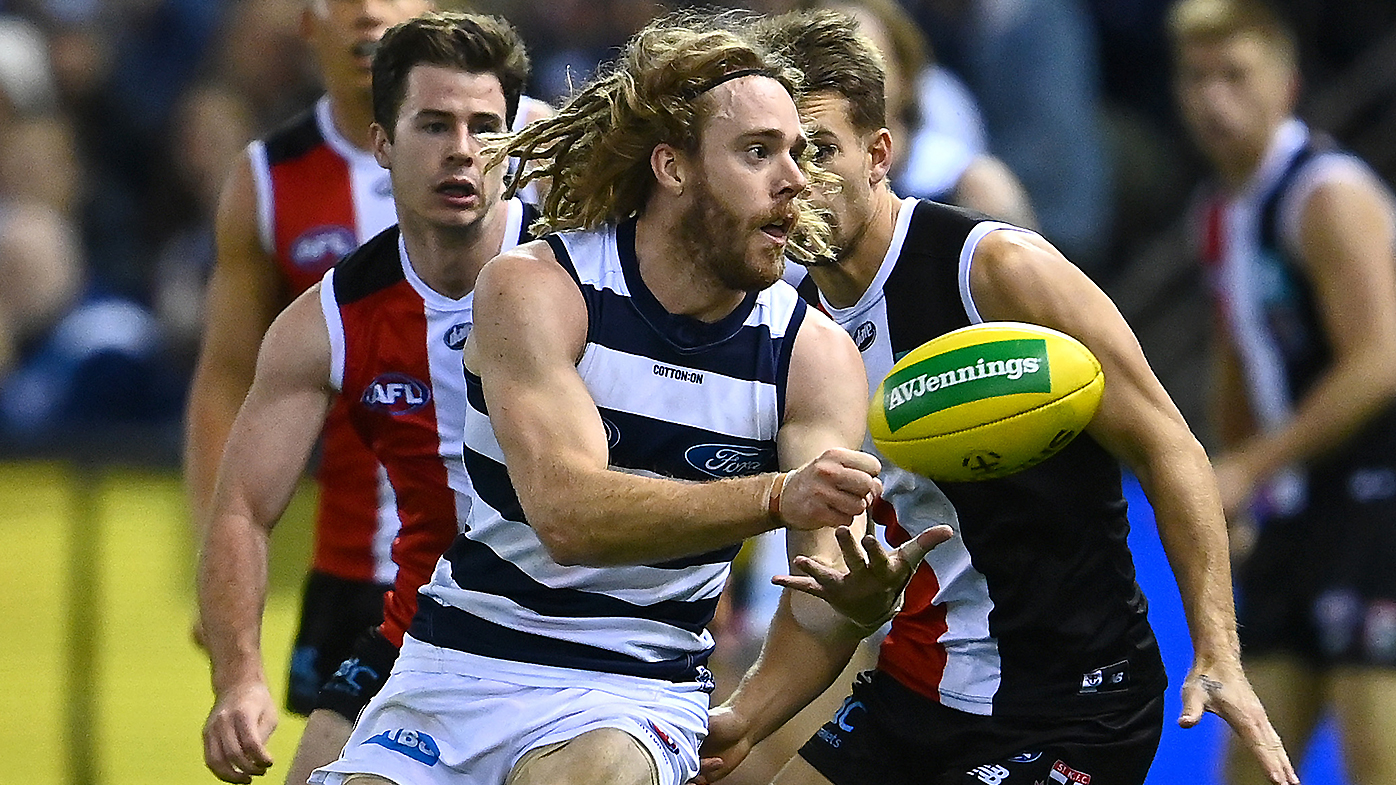 Another Super Saturday, which means we get a full boat of 5 AFL games to dive into. As always there is a wide range of massive daily fantasy contests on offer, so pick your poison:

Perfect conditions for football at every location tomorrow except for the WA game between West Coast and Essendon. Perth is expecting up to 30mm of rain and likely thunderstorms, especially in the morning. That means for that game I would be avoiding key position and outside players, while focusing on inside midfielders, great tacklers and ruckman.

The Geelong vs Collingwood matchup is a dream setup for the Cats defenders. With Collingwood giving up the most points in the league this season to backs at 77 per player (over 9 points above league average), while Geelong absolutely love to rack uncontested possessions (most in the league) and marks (third highest in the league).

It is absolutely no shock to see the league’s worst team at the top for points conceded to forwards. They are giving up 65 points per players, which is over 4 points per game above league average. On this slate they play St Kilda who are 4 goal favourites.

Deven Robertson (DS $7,940) has posted back to back 70 points games, which would be right around 10x value at his current price point (a GPP winning return). He has been playing a fantasy friendly role in recent weeks with back-to-back games of attending 50% and 48% of the Lions centre bounces.

Ned Reeves (DS $6,280) came into the side last week split the centre bounces with Ben McEvoy, but also appeared to be rucking more around the ground. Posting 21 hit outs (compared to McEvoy’s 14) it was a great effort against Carlton. This round he gets one of the best matchups in the league for rucks against the Gold Coast who have given up 88 points per game to the oppositions number one ruck (second highest in the league).

Alex Sexton (DS $5,000) really appears to be just mispriced at the bare minimum. Over his past 5 seasons he has averaged at least 49.5 points per game each year (including three season of 60+ points per game. This year he has just one game less than 48 points and the Suns also have a great matchup against the Hawks who have given up the 5th most points to forwards in the league this season.

Tom Stewart (DS $13,710) / Zach Tuohy (DS $10,870) are great options to look at when stacking up Geelong defenders on this slate. Tom Stewart has posted 5 tonnes from his last 8 games and just one game under 90 points. Meanwhile Tuohy has moved back in recent weeks and posted 4 straight games of 80+ points. He brings 100 point upside, which would be a GPP winning return at his price. As we noted at the top, they have the absolute best matchup in the league for defenders against Collingwood.

James Worpel (DS $10,960) is back on the list of plays this week with his price back in the $10k range and Jeager O’Meara out again with injury. In the two games Jaeger missed this season Worpel was in the form of two seasons ago again posting back to back 100+ point games. Hawthorn also have an elite matchup against the Gold Coast who have given up the second most fantasy points in the league to midfielders this season.

Cam Guthrie (DS $16,660) has been an absolute fantasy pig this season, posting just three games under 110 from his last 9 games. With the Cats shorthanded through the midfield this week I would expect Guthrie to get his hands on the ball even more. As we noted above this is an elite matchup for midfielders against Collingwood, but in particular the Magpies give up uncontested marks and possessions, which is what Guthrie makes a living on when he is posting big scores.  Cam Guthrie has been ruled OUT 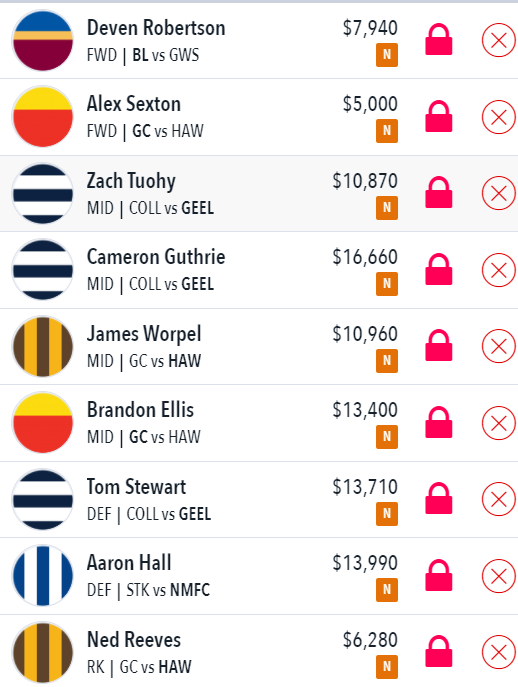