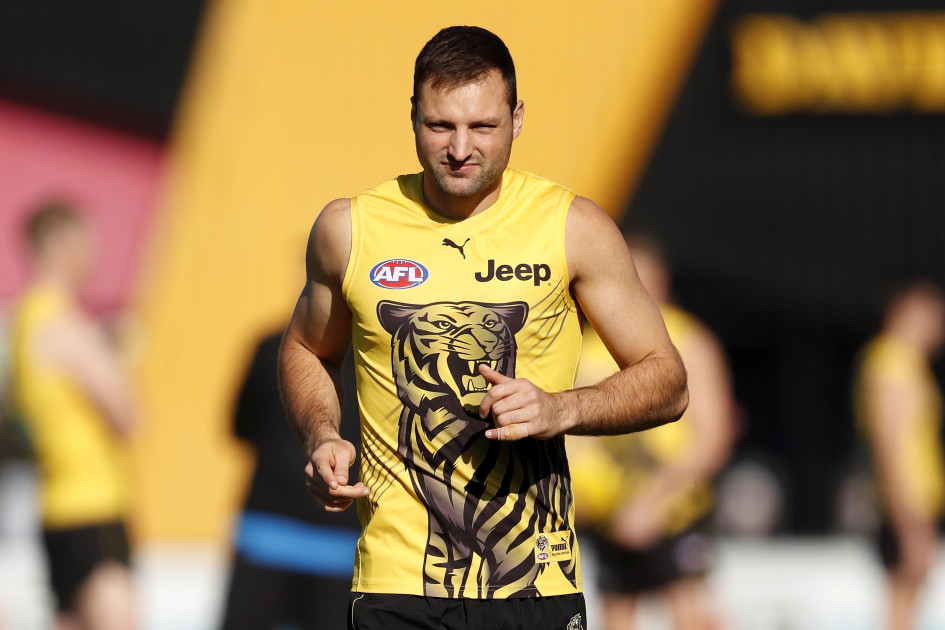 Time to close out Round 11 of the 2021 AFL Premiership Season with a 3 game Sunday slate.  The major platforms have us covered with a wide array of huge contests on offer:

There is a sprinkle of rain expected in Sydney where two of the three games are being played, however not enough to really impact your fantasy decisions. Adelaide is the other location and it looks perfect for football. Let’s go!

Fremantle have been a great team to target with backs all season. Giving up 74 points per player (and 95 when you isolate the top three scorers) they are conceded the second most fantasy points in the league to the position. As mentioned last week their opponent Port Adelaide are one of the highest possession teams in the league (including uncontested marks).

The Dockers have also given up big scores to top scoring opposition’s forwards this year. When you isolate the top three scorers from the position they have conceded 86 points per player, which is over 8 points above league average.

Targeting Adelaide in the ruck has stood out this year with the Crows giving up 89 points per game to the oppositions number one ruck man. Playing Toby Nankervis is never an appetising thought, however with the best matchup in the league it may be the right call on this slate.

Jack Silvagni (DS $5,790)’s biggest challenge this season has been playing out a game without hitting injury. In his two games without getting hurt he has posted a 78 and 58, which would be a GPP winning return at his near minimum price point. This is particularly true on a slate like this where the value is very few and far between. He also should not get too much attention from the Sydney backs who are light on size.

Darcy Byrne-Jones (DS $11,430) has one of the best matchups in the league for his position on this slate with Fremantle giving up the second most points in the league to defenders. It can often be difficult to pick the player who will benefit from the Port Adelaide back line, however on this slate with Dan Houston carrying an injury I expect DBJ will be the one of the benefit most from the matchup. The top three defenders are averaging 95 points per game against Fremantle this season and DBJ has shown he can produce a three figure ceiling game with 2 100+ performances already this year.

Toby Nankervis (DS $12,370) has posted 5 scores of 90+ from his last 7 games and three topped the 100 point mark. As mentioned above on this slate he draws the best matchup in the league this season for ruckman with the Crows giving up 89 points per game to the opposition’s number one ruckman. This means it is the best opportunity Nankervis will have all year to hit his ceiling game of around 120 points.

Rory Laird (DS $15,570) has had just one game under 100 from his last 6 and hasn’t gone under 90 points all season. His last two scores of 117 and 125 are what we are targeting on this slate given he is priced the highest of all players on the slate. Richmond throughout their premiership run have always been a great team to target for elite mid fielders as they don’t tag and are content with the other team racking up uncontested possessions at times. This season has been no different, as they have conceded the fifth most fantasy points to midfielders. 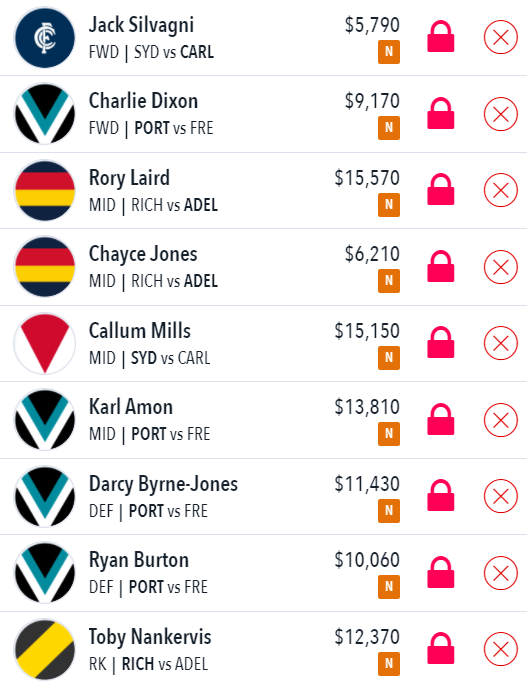