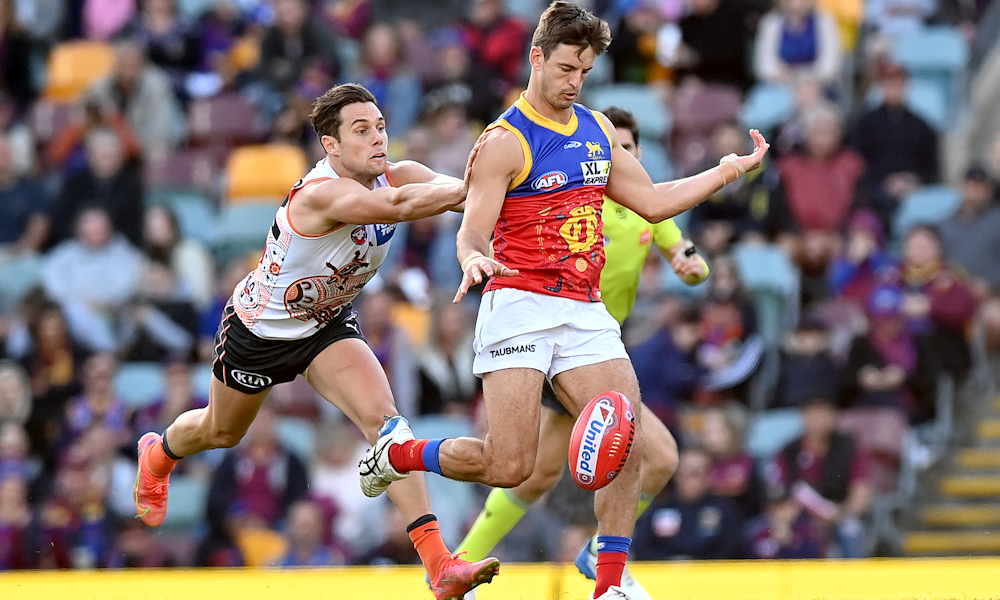 Round 12 of the 2021, AFL Premiership Season kicks off this Friday night with a game an absolute blockbuster between two of the league’s top three teams, the Melbourne Demons and Brisbane Lions. As always, we have massive daily fantasy contests on offer: 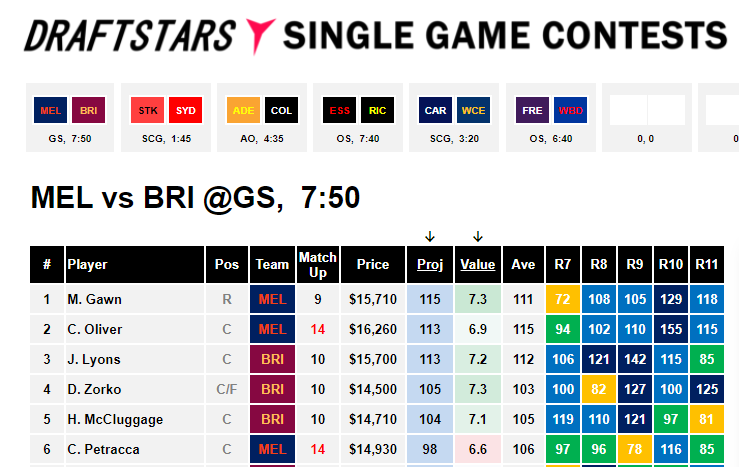 Some chance of showers tomorrow night at game time, which means monitor the weather leading up to the first bounce. If the rain is hitting consider targeting inside players and rucks.

It is not surprise that two of the top three teams in the league are two of the toughest teams to score fantasy points against. Brisbane and Melbourne are both bottom six in the league for points conceded this season, which makes looking for avenues to target difficult. One area that stands out is premium midfielders against the Demons. This season when you isolate the top 3 scoring midfielders Melbourne have given up 109 points per game, a number that balloons to 118 per game over the last 5 rounds.

Rucks aren’t exactly a huge source of fantasy goodness in this matchup, however it is worth noting that Brisbane have given up the third most hit outs in the league this season. This bring Max Gawn right into play, especially if there is going to be some wet weather around.

Deven Robertson (DS $8,330) has taken a much more significant role in the midfield for the Lions in the past three weeks attending approximately 50% of their centre bounces. This has resulted three straight games over 70+ fantasy points, which on a single game slate with limited value would be a strong value return at this price point.

Tom Sparrow (DS $5,850) is priced just above the minimum price point on this slate despite the fact that he has averaged just under 50 points per game in the four games he has played in. He has received rotations through the midfield and on this slate offers salary relief to help roster the higher end midfielders who I expect to post the level of scores needed to win on this slate.

Jarryd Lyons (DS $15,700) has been an absolute monster this season averaging 114 points per game and posting two games of 140+. He has taken the lead with Lachie Neale injured and despite the fact Neale is returning this game, I don’t expect this to change. As noted above the Demons have been giving up big scores to the top three scoring opposition midfielders and Lyons will fit right into that class.

Max Gawn (DS $15,710) has been dominant this season despite the fact he has started sharing some of the ruck duties with up and comer Luke Jackson. Averaging 110 points per game with just two games under 100 points, Gawn has continued as one of the league premier big men. On this slate he matches up against Oscar McInerney and the Lions who have given up the third most hit outs in the league this year, which should line up well with Gawn’s strong suit as he has had the third most hit outs of all rucks this season. If the rain sets in, I like this play even more and would consider to roster Oscar with his dual position eligibility at forward. 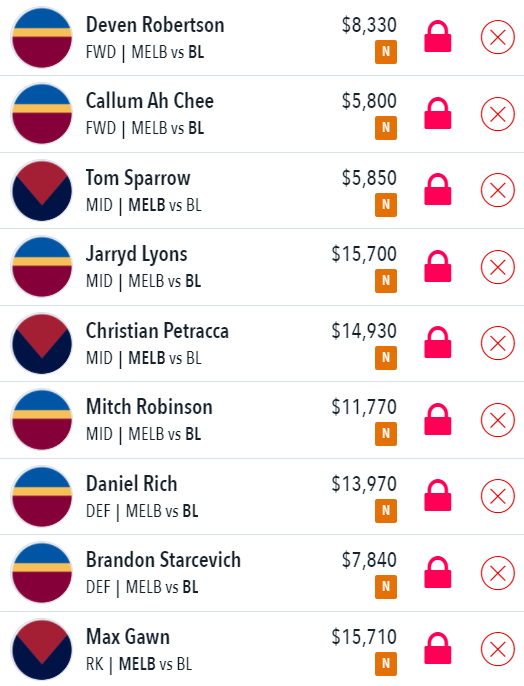