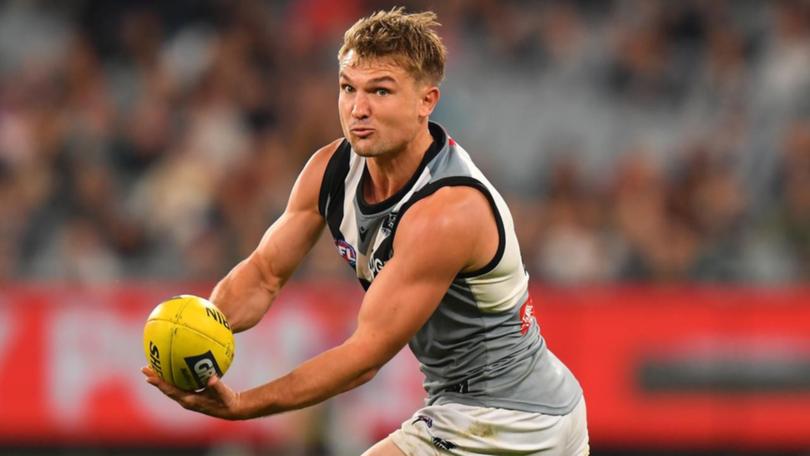 Thursday Night Footy is back for Round 13 of the AFL season where the Geelong Cats travel to Adelaide to take on the Port Adelaide Power at the Adelaide Oval.

Both teams had the bye last weekend - the Power resting up after a 46 point win over the Dockers, while the Cats handled a range of injury worries to fight off a plucky Magpie unit to get home by 10 points.

Kick off the long weekend in DFS style with a range of contests across the two major platforms, including the fantastic Draftstars Live Final promotion with more Golden Tickets up for grabs: 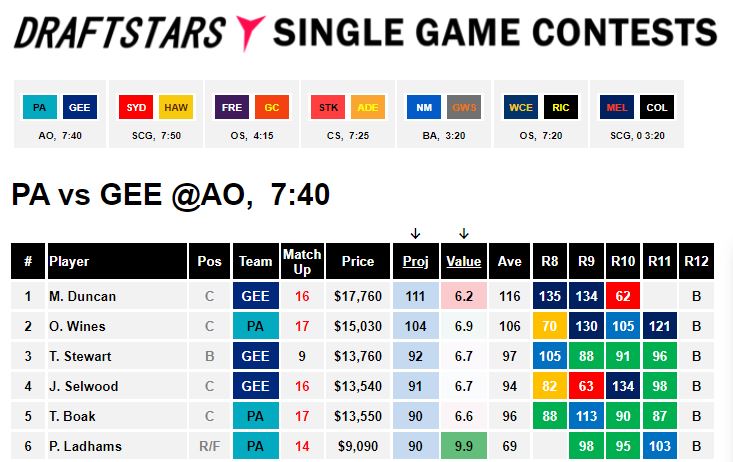 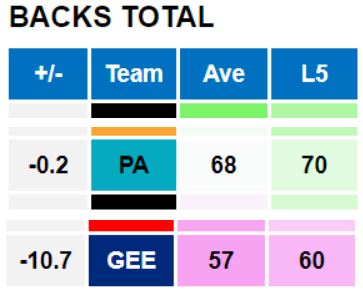 One area where the Power are merely middle of the range is allowing points to opposition backs. They are basically bang on the competition par, in contrast to the Cats who love to shut down opposition defences and concede the least amount of fantasy points in the comp. This possibly presents an opportunity to focus on the Cats defenders in this contest. 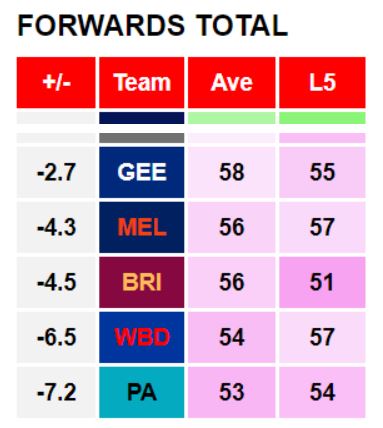 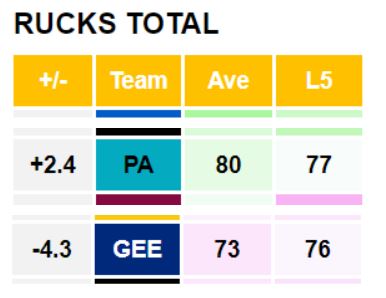 Geelong have had their issues in the ruck but interestingly represent a negative matchup this year for opposition rucks. The Power have been the opposite - they’ve generally been hard to score against but have been a positive matchup this year. The tide has turned a little in the past 5 matches however with both teams trending towards par.

Mark O’Connor (DS $8,920, DK $3,600) returns to the Cats side after reinventing himself as a tagger this season. That role in the middle of the ground has resulted in a much higher fantasy ceiling, with scores of 110 and 88 under his belt in just five matches. The omission of Narkle suggests O’Connor could be set for a tagging role here, in which case he would offer upside as good as anyone on this slate.

Peter Ladhams (DS $9,090, DK $4,000) looks like being the highest owned player on the slate and for good reason. Given the keys to the ruck after the suspension to Scott Lycett, Ladhams has responded with a three game average of 98.7 including a 95 against Brodie Grundy. Against the makeshift ruck combo of Blicavs and Ratugolea he should push the 100 point mark again and his additional forward status ensures he should be in the majority of your lineups.

Mark Blicavs (DS $10,590, DK $6,600) comes back into the team after being a late withdrawal against the Pies. Since getting back into the ruck rotation four games ago he’s put together a couple of 100+ scores which represents a great ceiling at this salary. It’s worth being aware he’s also thrown in a couple of 50s - making him a riskier option than Ladhams - but his role and his ceiling still make him one of the better plays on the slate.

Shaun Higgins (DS $12,900, DK $7,400) had a slow start to the season but has really hit his straps recently with back-to-back tons. That scoring power makes him clearly too cheap here, but the inclusion of Duncan and Dangerfield may present some concern to coaches. No Guthrie in the team should help him maintain his friendly fantasy role, and interestingly he hasn’t attended more than 40% of centre bounces all season so his scoring spike wasn’t totally a result of centre square opportunity. Quality footballer who’s still on the cheap side.

Ollie Wines (DS $15,030, DK $10,000) is in superb form with 6 tons in his last 7 matches and has flashed proper upside with 4 scores of 120+ in that time. While Geelong are a hard team to score against, the opposition’s best midfielder does fare reasonably well against them - scores like Steele’s 117, Petracca’s 136, Oliver’s 128 and O’Meara’s 127 being examples this year. If Geelong uses O’Connor as a tagger he is probably more likely to go to Boak rather than Wines, making Wines the stand out option for the Power. 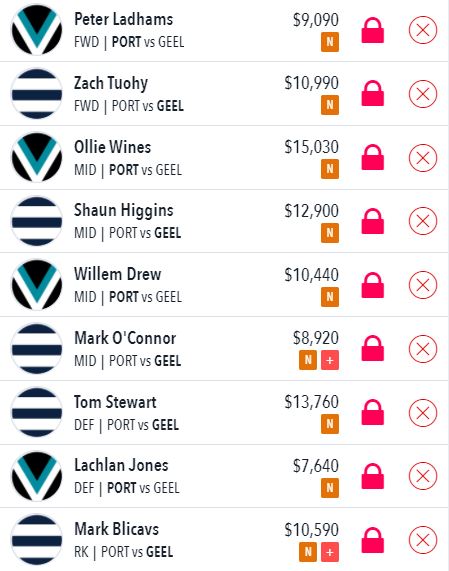 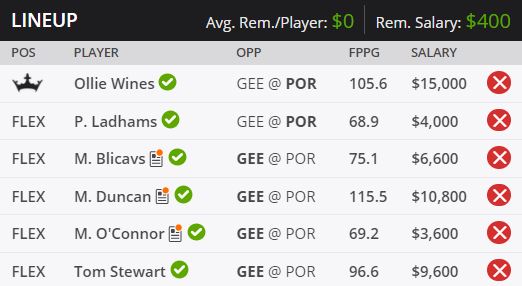