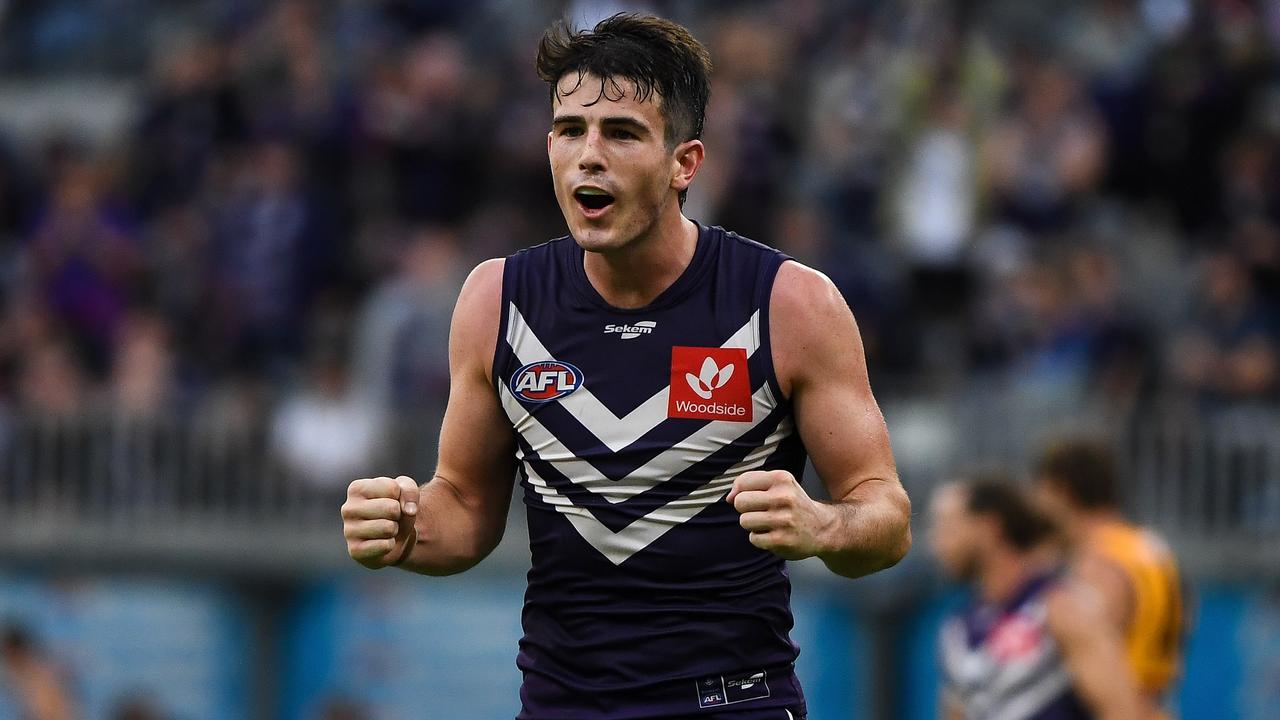 A bye round Saturday slate, which means we get 2 AFL games to dive into. As always there is a wide range of massive daily fantasy contests on offer, so pick your poison:

A touch of rain forecast at both locations tomorrow, but fortunately it is in the morning while both games are not starting until later in the afternoon and evening. Make sure to monitor the weather closer to the first bounce, but I suspect it will have passed and grounds will be drained well enough to not have too much of an impact.

Fremantle have been one of the top teams to the target with defenders all season long. They are tied for second most point conceded with St Kilda (also on this slate) at 72 points per player.  I will be looking to stack up the Gold Coast defenders for this matchup as the Suns have one of the highest uncontested marks and possession averages in the league.

Gold Coast are the number one team to target on this slate through the midfield. They have been giving up 88 points per player this season and this mark has increased in the least five weeks to 94 per player.

The Suns quite literally do not have an AFL level ruckman right now. Without Witts they had been patching things together with whoever they could find, but even now with Zak Smith back the results have not seen much improvement. They have given up 91 points per game to the oppositions number one ruck this season and this mark has increased to 95 per game over the last 5 rounds.

Two debutants for the Dockers this round who are priced at the minimum. Western is a mid/forward who may spend some time through the midfield given Nathan Fyfe is out this week. In the WAFL this year he has averaged 18 disposals and 1 goal per game. It is a solid matchup for his debut, especially at home and he could get on the end of a couple goals to pay off that salary. Walker is a half back who has averaged just 12 disposals per game at the WAFL level, he doesn’t look to be a big fantasy scorer and I would only go to him as part of a Fremantle back line stack.

Harry Schoenberg (DS $8,710) has shown the ability to return value at this salary level with three games of 74+ points and a season high of 98. On this slate, the Crows have youngster Ronin O’Connor who attended over 50% of the centre bounces in the two games he played. When he does not play Schoenberg typically slides into these centre bounces, which gives him more opportunity to hit that ceiling game. It is a great matchup for midfielders against the Saints who have given up the 5th most fantasy points of the position this season.

If you are a regular reader and follower of my plays you would be well aware that Darcy left the game with an injury last week. After tipping him as the ruck play on the slate, he was totally dominating with 36 hit outs and 93 fantasy points before going off with almost around a quarter to go. He has the top matchup on the slate if he plays this week against the Suns who give up 91 points per game to the opponents number one ruck. Be ready to pivot if he is a late out, however, and I would be going straight to Lloyd Meek at close to the minimum (assuming he comes in for Darcy).

Jack Lukosius (DS $11,990) looks to be playing a more consistent role down back these last two weeks and it has been a bonanza for his fantasy scoring. With back to back 100+ point games, he now goes into one of the best matchups in the league for defenders against the Fremantle Dockers. As noted above they have given up the second most points to the position this year, and when you isolate the top three scorers they have conceded 93 points per game, which is pretty much equal to the most in the league. I love stacking up the Gold Coast backs on this slate.

Andrew Brayshaw (DS $13,970) is pretty much my lock and load midfielder on this slate. Without Fyfe in the line-up there is approximately 70-80% of the centre bounces and midfield time that need to be picked up by other players. Brayshaw has been seeing minimal time on the inside these last two games, but his most heavy centre bounce attendances came on the game Fyfe missed earlier in the year and another where Fyfe played exclusively forward. Averaging 100 points per game this season he draws an elite matchup for midfielders with the Suns giving up the second most points in the league to the position this season. 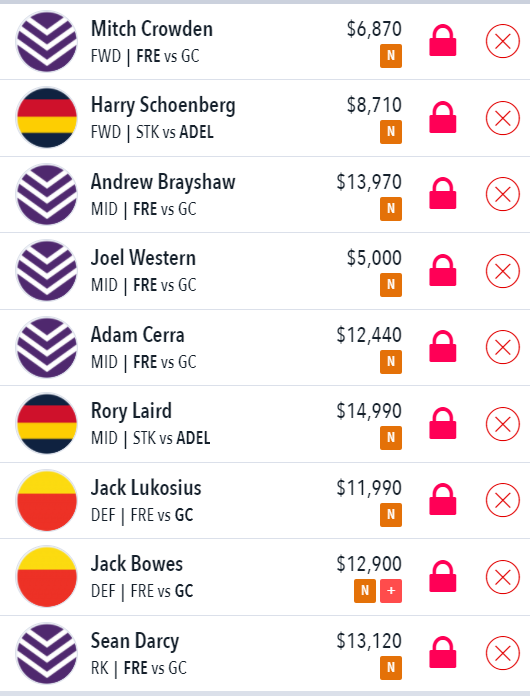