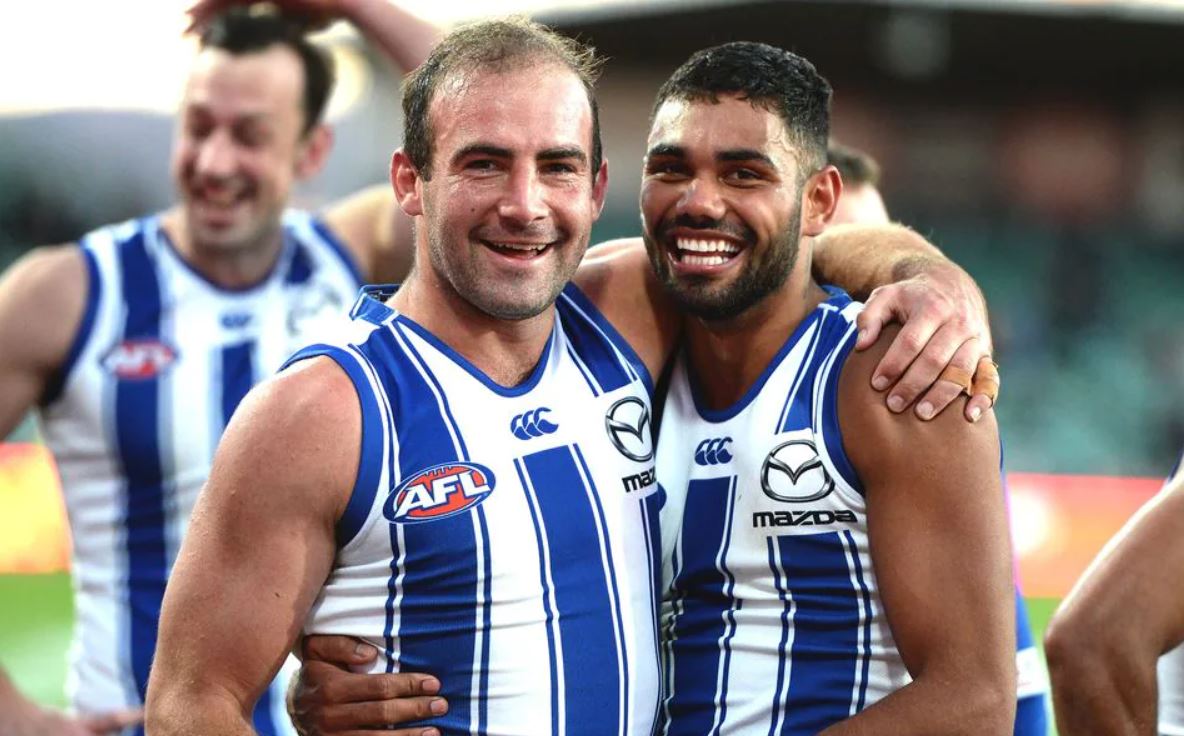 It is a bye impacted round this Sunday of the 2021 AFL Premiership Season with a 2-game slate on offer for daily fantasy addicts.  The major platforms have us covered with a wide array of huge contests on offer:

There is a sprinkle of rain expected at both locations on Sunday and certainly winter temperatures. However there really isn’t enough rain expected to heavily impact the games from a fantasy perspective.

North Melbourne have given up the most fantasty points in the league this season, which is no real surprise considering they are sitting on the bottom of the ladder. As a result they are clear team to target through the midfield on this slate (and in most positions). They have given up the fourth most points to mids this year and 110 points per player to the top three scoring players at the position.

Losses mean your opponents are scoring more than you and that means more fantasy scoring. Not rocket science is it. North Melbourne have lost the most games in the AFL this season and on the way to that record they have given up the second most points in the league to forwards.

The two value plays from last week have held their spot as the Eagles return home to the more friendly confines of Optus Stadium. I don’t think I would be looking to play them both together this week with a harder matchup against the Tigers, however both returned value last week and will be playing fantasy friendly roles (Edwards on a wing and Foley at half back). At a lean I would go for Foley as Tigers have had a history of giving up points to half backs and if Richmond get on top the ball will likely get pinned in that area of the ground.

Xerri is my undercover agent play of the day on this slate. He has not really shown any fantasy capability at AFL level as yet, playing just 4 games for an average of 28 points per game. That said, during those four games he was given little to know opportunity in the ruck, which is his actual position. Xerri has been absolutely dominating in the VFL this season and with Todd Goldstein rapidly approaching the end of his career I think they will want to get a good look at Xerri in the ruck at this level. With the season now a throw away, it is possible Xerri starts seeing up to 50% of his game time in the ruck position, and at the near minimum price that is worth a role of the dice.

Despite a tough matchup against the Lions before the bye, Ash was able to post a 111 fantasy score from 26 possessions and 8 marks. The majority of Ash’s possessions come from uncontested kicks and marks from the defensive 50 and the Kangaroos are number 1 in the league of uncontested possessions conceded. Priced below similar players in Liam Duggan, Jayden Short and Bachar Houli, I will be looking to take the discount salary on Ash.

Down in Hobart is always a good play. He has a huge ceiling on these grounds posting a 127-point game earlier in the season against Melbourne, and 147 in his last full timed game before this season. Be wary of the Matt De Boer tag (monitor news to get any word from coaches ahead of the game). If it does appear that De Boer will go to Cunnington I would shift to Jy Simpkin who has also shown to be quite comfortable on this ground and has GPP winning upside at his price point.

Hopper has been absolute monster of late posting three straight 100+ point games (and 4 from his past 5). As an inside bull he should suit Blundstone arena perfectly and not to mention as noted above he will benefit from the fact that the Kangaroos give up the fourth most points in the league to midfielders this season. 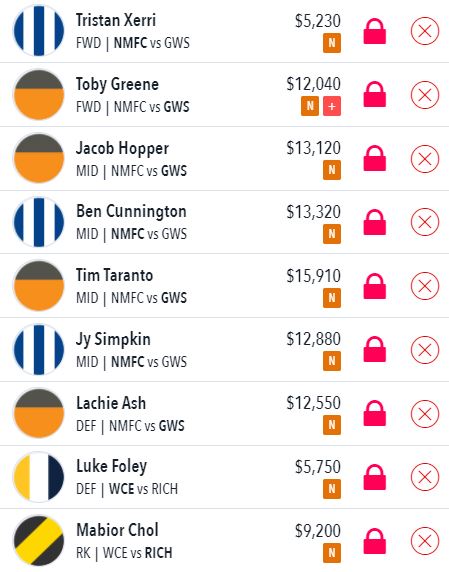