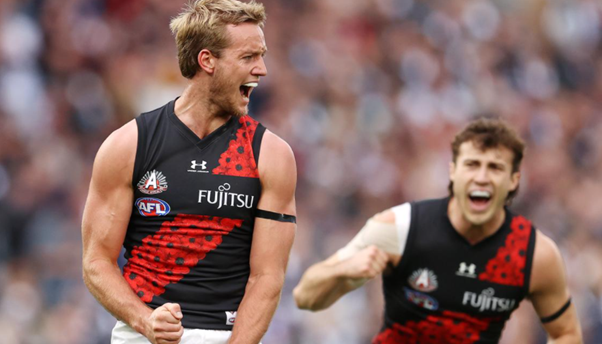 Round 14 of the 2021 AFL Premiership Season closes this year’s bye rounds with a single game Sunday slate between Hawthorn and Essendon. As always, we have massive daily fantasy contests on offer:

With Hawthorn sitting second last on the ladder at just 3 wins this season it is no surprise to see that they are giving up the second most fantasy points to midfielders this season. This balloons when we isolate the top three scorers with the Hawks conceding 115 points per game, which is almost 10 points per game above league average.

It is only logical that when you lose the second most games in the league that you will be giving up points to forwards. The Hawks have given up the fourth most to the position and with Essendon as 9pt favourites it points in the direction of playing Bombers forwards on this slate.

This game script makes the most sense based upon the evidence we have across the season and the fact that Essendon are expected to win. That said, there is a case to go contrarian and stack the Hawks with them playing at their home ground down in Tasmania, which Essendon have never set foot on.

Sam Draper (DS $8,960) returns to lead the ruck duties for the Bombers in this matchup. He will be supported by Peter Wright but I expect Draper to take the majority of the contests while Wright spends plenty of time up forward. At this price point he is a great value play given what we saw in round 1 against the Hawks where Draper posted 78 points before getting injured in round 2.

Kyle Langford (DS $12,490) has taken a significant midfield role this season playing the majority of his time on the wing where he has put together a run of 100+ point games in 4 of his last 5 games. Now with McGrath going down last week we saw Langford get opportunities on the inside as well where he attended 63% of the sides centre bounces, resulting in a 114 point performance. 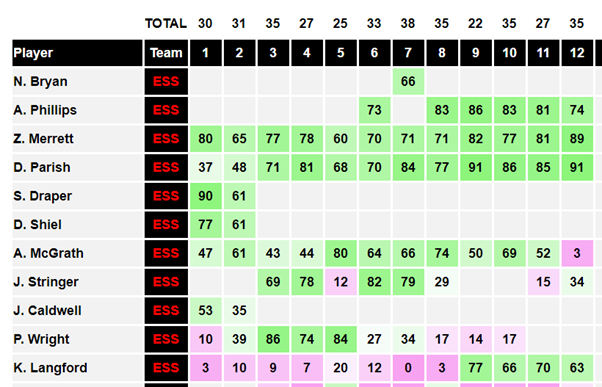 Daniel Howe (DS $9,580) will be my first link for the back line Hawks stacks. He racks up plenty of uncontested ball with defenders and is priced well at under $10k. Three of his last four games have been 80+ point performances (including both of his last two). I love him down at UTAS Stadium and based upon the game script I identified above if the Bombers get on top the Hawks should get the majority of their play in their back half.

Darcy Parish (DS $16,110) has been arguably the form midfielder of the completion since Essendon was finally forced to move him into the centre due to injuries. He has posted 7 straight scores of 100+, which have included two over 150. On this slate he draws one of the top matchups in the league for midfielders and as long as the Hawks don’t decide to target him with a tag (Worpel would be the usual player to get such a role, however he is out with a suspension) he should be a lock for a big score in this matchup. 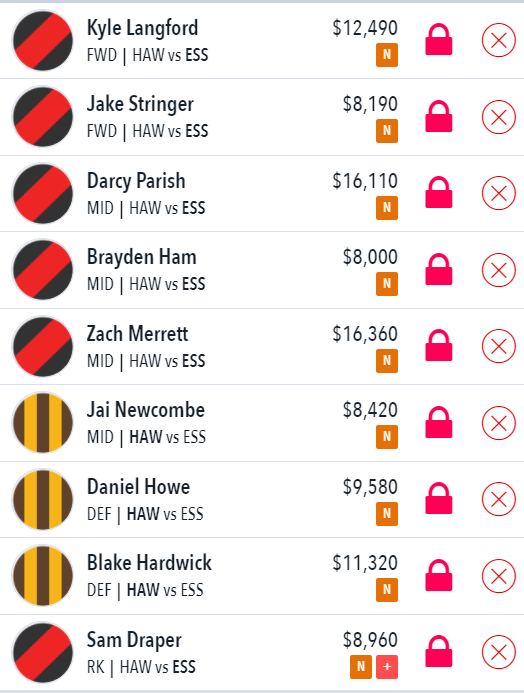