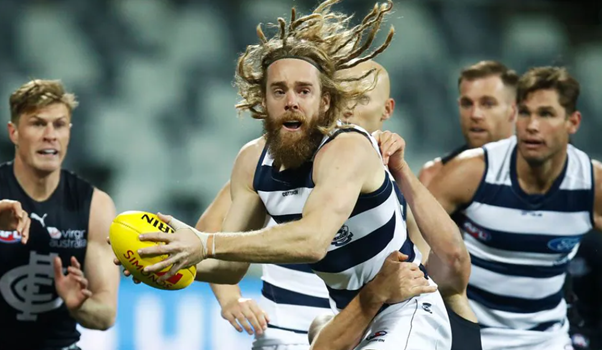 Round 14 of the 2021 AFL Premiership Season kicks off this Friday night with an absolute blockbuster between two top 3 sides in Geelong and the Western Bulldogs. The Cats should hold the advantage with the game being held down at the tip (GMHBA Stadium). For us daily fantasy lovers there are a huge variety of massive contests on offer:

There is a little bit of rain forecast for tomorrow so it would be wise to monitor the situation leading up to the bounce. Slippery conditions combined with the size of the stadium at Geelong would result in a very positive environment for both rucks and inside contested players who thrive on tackles.

These two sides are bottom two for fantasy points conceded this season, which means there finding obvious avenues to target is difficult. As a result, basing plays on game scripts is more ideal in this matchup.

Western Bulldogs have given up points to defenders this year at around 3 points per game above league average. This will play right into Geelong’s game style as a team that is one of the top teams in the league for uncontested marks and possessions this season. I especially love this at their home stadium where the Cats are best at getting their short pass attack going.

Ruck has been a problem for both of these sides in recent times. Even with the new additions to the ruck division this season the Bulldogs have continued to give up the second most points in the league at 90 per game for the oppositions number one ruckman.

Mark O’Connor (DS $8,680) returned from injury last week and went straight back to his role tagging in the midfield. He attended over 80% of the Cats centre bounces last week, which was the most of any player on the team. This only resulted in 41 fantasy points, but in his three games before injury in this role, he had two game of 88+. At this value price range, he brings the highest chance of a GPP winning score, but you have to be willing to assume the risk of a total bust as well. I love the ground for his role to help the tackle count, and even better if the rain hits.

Mark Blicavs (DS $10,570) is taking a large portion of the ruck duties, especially around the ground. In the last four games since moving into this role, he has posted scores of 107, 59, 129 and 71. In comparison to the alternatives at the position on this slate, he brings the highest upside and the safest prospect of a value return. The home ground will suit his game style, as rucks tend to score better with a higher number of stoppages due to the dimensions.

Tom Liberatore (DS $12,330) is an inside tackling machine and I absolutely love that style of player down at the Cattery. If the wet weather creates slippery conditions, it will help him even more. Liberatore attends the majority of the centre bounces for the Dogs and has shown upside of 130 points this season.

Cameron Guthrie (DS $15,900) comes back into the side this week and has been an absolute fantasy pig going back to last season now. Averaging 114 points per game this year he has posted just two games under 100 points all season. His price is in comparison to the other top priced players on this slate is easier to squeeze in. I love him linking up with the Cats backs and should fill up down at the home ground. 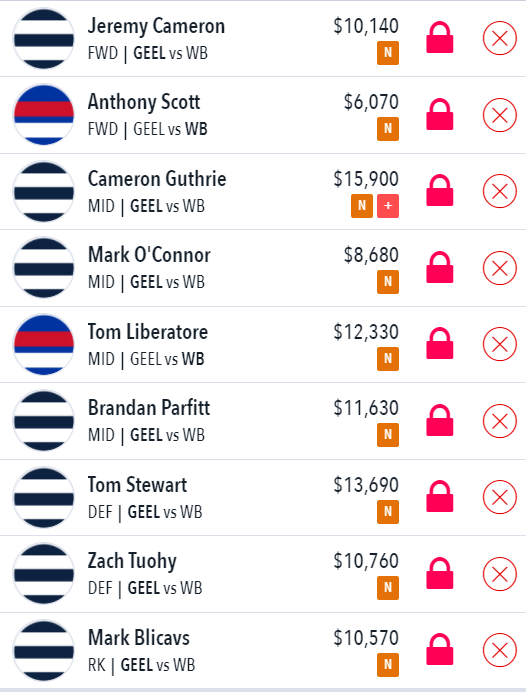