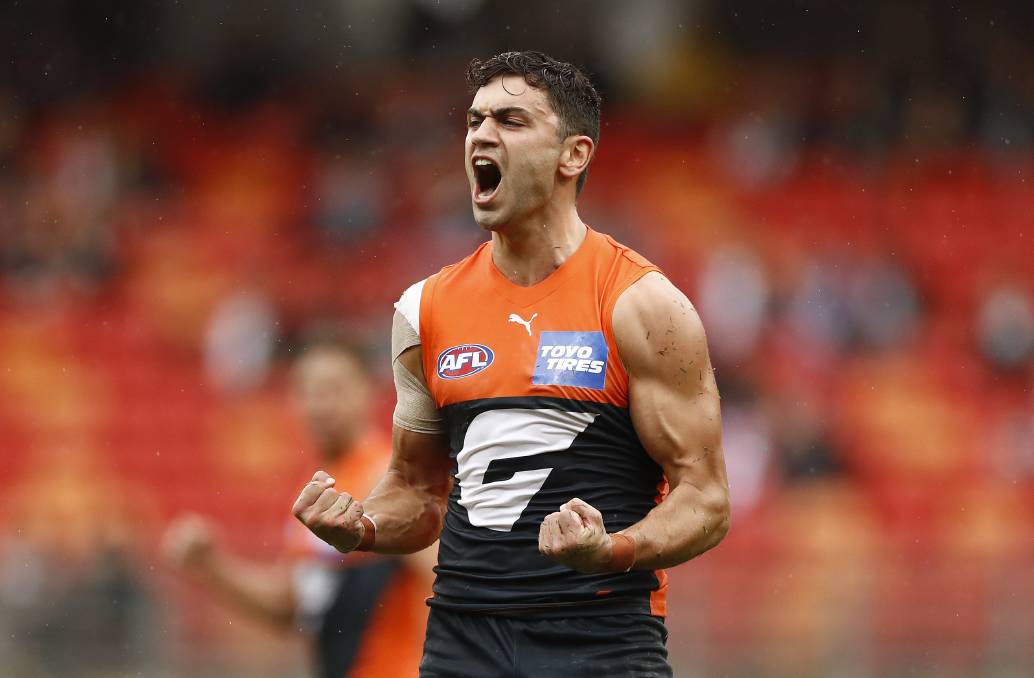 We welcome back the fun 3 game Sunday slates this week as Round 15 of the 2021 AFL Premiership Season comes to close.  The major platforms have us covered with a wide array of huge contests on offer:

Melbourne looks to have ideal conditions for football on Sunday, and both grounds will be exposed as Marvel will have the roof off regardless of the weather. Perth is a different story, with up to 15mm of rain forecast the possibility of thunderstorms coming during the game I would look to avoid players who rack up uncontested marks and possessions and focus on the inside contested players, as well as rucks.

Hawthorn are the team to target through the midfield on this slate. They have conceded the fifth most points to the position this season, however when you isolate the top three scores they have given up the second most points at a massive 113 points per game. This will suit the GWS premium midfielders who love to run up the fantasy scores on their opponent.

Carlton have given up the most points in the league to forwards at over 6 points per game above the league average. The next closest team is their opponent in Adelaide who concede almost half that at just over 3 points per game above the average. The Blues are favourite in this contest so you can really make a case for playing forwards on either side in this matchup.

The Western Bulldogs give up the second most points in the league to the oppositions number one ruck man at 90 points per game. This number increases to a massive 103 points per game over the last 5 matches as the Dogs have had to go with Tim English as the sole ruck due to injuries.

Tom De Koning (DS $7,500) will take the role as the number one ruck this week for the Blues as Mark Pittonet is out with an injury. This season he has averaged 51 fantasy points while attending just 35% of the Blues centre bounces. This number should jump to around 70% and as a result we should see a score that pays off his $7k salary. Even better is the fact that Adelaide have given up the fourth most points in the league this season to the oppositions number 1 rucks at 85 points per game.

Nic Naitanui (DS $12,480) draws the second best matchup in the league for his position on this slate, and this is made even better by the fact that Tim English will be sole rucking with Stefan Martin out injured. The wet weather should suite rucks as there will be an increase in stoppages, and in particular that will help Naitanui who is a dominant tap ruckman and contested player. Naitanui has posted 109 and 117 from his last two games at home.

Matthew Kennedy (DS $9,710) was given substantial time in the midfield last week starting in 43% of the Blues centre bounces. He responded to this opportunity with a massive 110 point fantasy game from 27 disposals. Despite this performance his price has barely moved and on this slate he has better matchup against the Crows who have given up an average of 86 points per player to midfielders this season.

Tim Taranto (DS $16,190) has been a fantasy machine this season averaging 116 points per game and just two games under 100 points all season. Last week he showed his massive ceiling with a 140-point game and on this slate, he draws the second best matchup in the league for premium scorers with the Hawks giving up 113 points per game to the top three scoring midfielders (second most in the league). Stacking up the Giants on this slate through the middle is an obvious strategy. 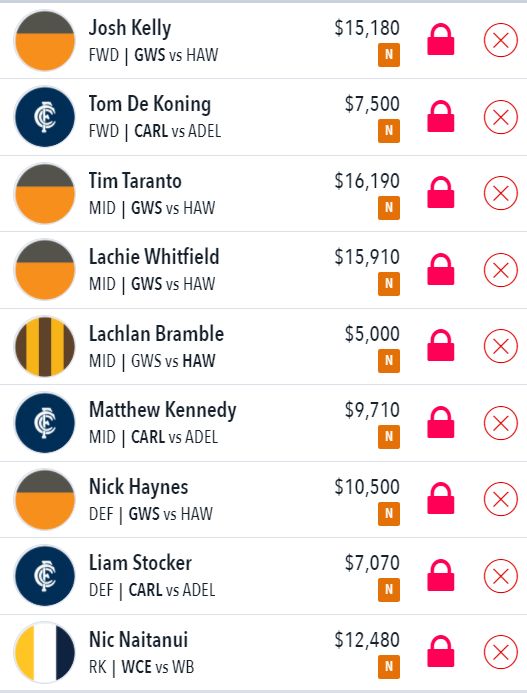