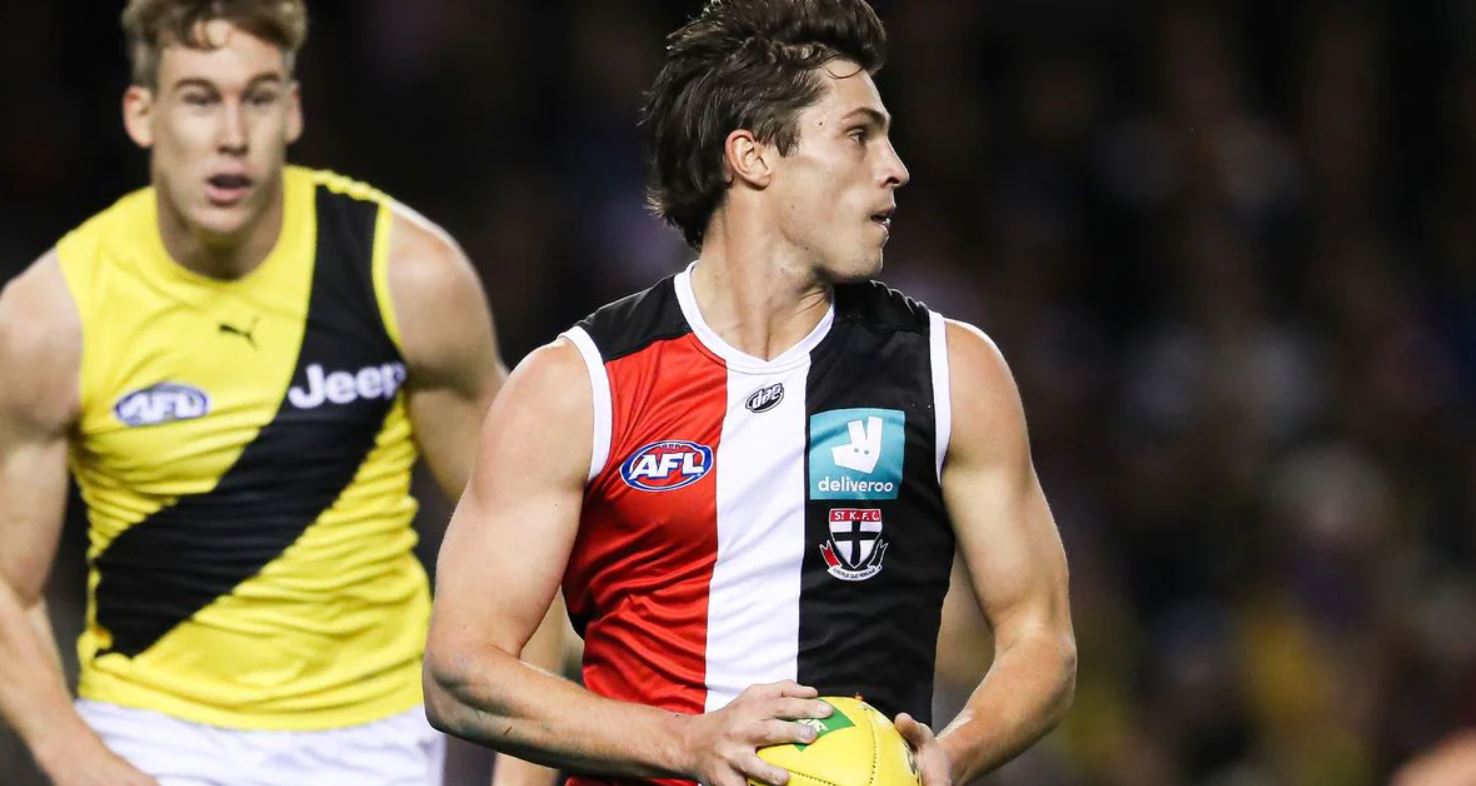 Round 15 of the 2021 AFL Premiership Season rolls on with a Friday night game between Richmond and St Kilda. As always, we have massive daily fantasy contests on offer: 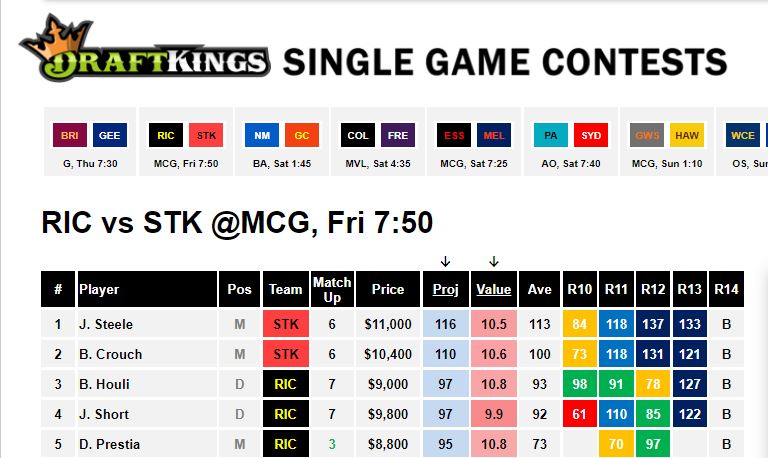 Plenty of rain forecast tomorrow with thunderstorms in the late morning to afternoon. Monitor the forecast closer to the bounce to get a feel for the level of rain in the game (understanding that the MCG drains as well as any ground in Australia). Assuming the game is going to be wet and slippery, the advantage goes to the Tigers who love those conditions and for fantasy look to play rucks and inside midfielders who love tackling.

Richmond and St Kilda have both been in the top half of the league for possessions conceded this season. In particular both sides give up uncontested possessions and marks, however the weather may have other ideas in this game as contested play may become more important.

St Kilda have been one of the best teams to attack via the midfield this season giving up the third most points to the position at an average of 87 points per game. This number balloons to 112 per game when you isolate the top three scorers (or premium midfielders).

Ruck is another area that has been a great position to attack St Kilda at this year. It is worth noting that despite giving up the 5th most points in the league to the number one ruckman at 85 per game, the last five games have been a lot more stingy at just 77 per game (with Ryder as the sole ruck). Rowan Marshall does return in this matchup for Saints, which makes rostering a Saint at the position difficult.

Nick Vlastuin (DS $8,920 DK $3,800) is just straight up under-priced given his career performance as well as his recent games. Over the last three games, he has returned to some of his best form posting 86, 77 and 90 fantasy points. The conditions will not necessarily suit his game style for intercepting marks; however he is still priced too cheap on a single game slate with a host of back man who all rely on marks for their scoring.

Maboir Chol (DS $9,570 DK $5,400) will continue to take the majority of the ruck duties for the Tigers. In the last two games he attended 69% and 93% of the Tigers centre bounces and posted 97 and 58 fantasy points. The 58 point performance came over in Western Australia against Nic Natanui who has consistently been one of the toughest opponents to score on in recent years (conceded 4th fewest points in 2021). On this slate he faces a much easier matchup as noted above, with the Saints giving up 85 points per game to the oppositions number one ruck man.

Trent Cotchin (DS $10,780 DK $6,800) will continue to play primarily through the midfielder (attending 60-70% of the Tigers centre bounces). He is a contested inside midfielder who rarely racks up possessions on the outside these days, which means the conditions will suit his game style. He has posted 100+ point upside this season and when his scoring gets into that range, he typically racks up a high number of tackles, which the conditions will make a likely result in the contest.

Jack Steele (DS $16,460 DK $11,000) is built for a highly contested game in wet conditions, averaging a massive 27 (over half contested) disposals, 6 clearances and 8 tackles on the way to 112 fantasy points per game. Five of his last 6 games have been 117+ points with back-to-back 130+ point games, showing he has the upside to match the highest price point on the slate. When these two sides met earlier in the year Steele posted a 115 points despite the fact the Saints lost by just under 100 points. 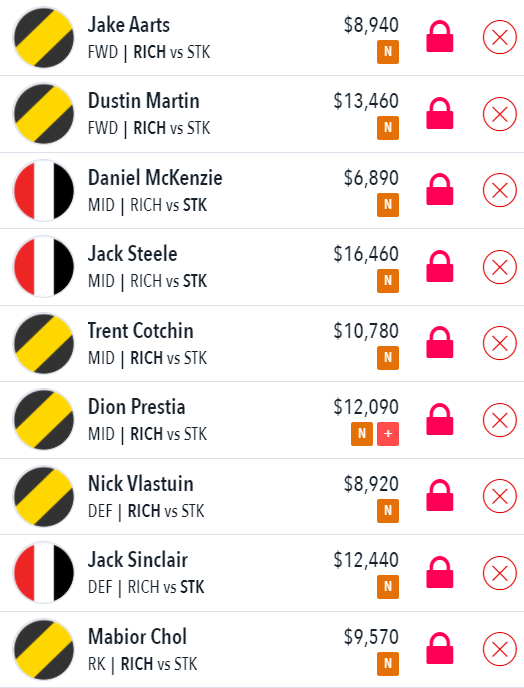 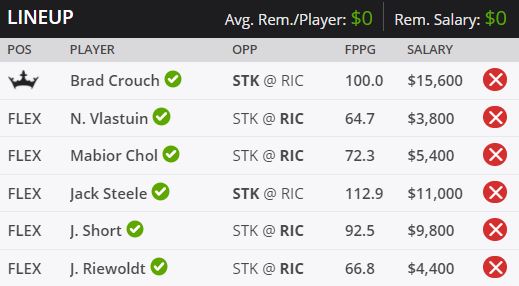