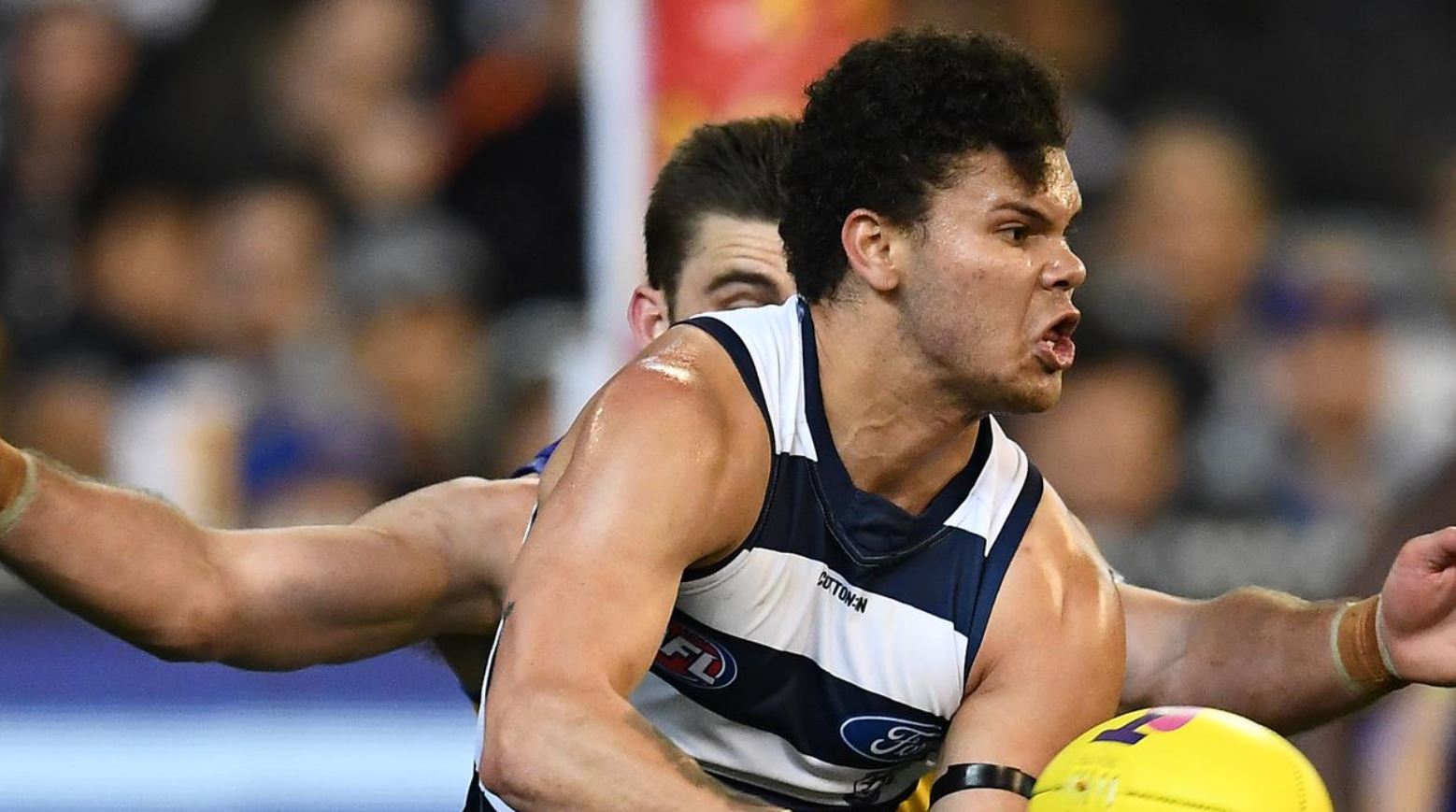 Round 16 of the 2021 AFL Premiership Season rolls on with a big Friday night clash between Geelong and Essendon. As always, there are massive daily fantasy contests on offer: 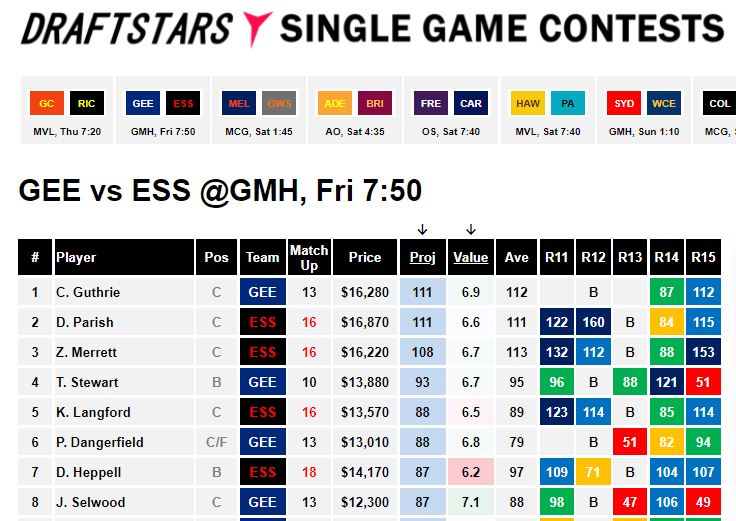 We can expect a few showers through the game, which will likely make the conditions a little bit slippery and slightly better for inside players. 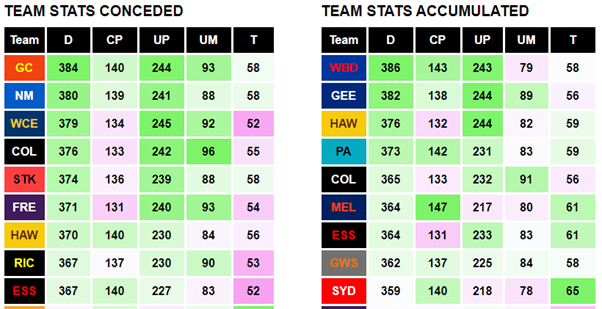 Essendon sit around league average for possessions conceded in the 2021 season, however they do give up the second most contested possessions in the league. Given the type of ground GMHBA is, and throw in a sprinkling of rain, and all signs point to playing Geelong inside midfielders. On the flip side the Cats have conceded the fewest disposals in the league this seaosn, while racking up the second most. Down at their home ground I expect them to dominate the fantasy scoring battle in this matchup.

The one position that stands out to attack in this matchup is rucks against Essendon. The Bombers have given away the fourth most points to the opponenets number one ruck this season at 86 points per game. This number has increased over the past five weeks to 93 per game, which includes the return of Sam Draper.

Quinton Narkle (DS $6,880) comes in as both Shaun Higgins and Mark O’Connor go out of the team from last week. This should open up midfield opportunities and Narkle is now at a very low price due to his medical sub scores. In his 7 games played this season Narkle has posted just one score under 50 points and shown 2 games of 100+ point upside. This makes for a very safe floor at his price point with a GPP winning ceiling in a game where the Cats are heavy favourites on their home ground. Lock and load.

Tom Cutler (DS $5,960) also offers value potential. While this is arguably the worst matchup in the league for his position, Cutler has played two games this season and notched up a 45 and 59 point game. If his floor is around 45 and he gets opportunity on the wing then that makes for a safe play. As we all know from his time at Brisbane, Cutler can flash huge upside if he is able to get onto the end of kick to kick possession football.

Brandon Parfitt (DS $11,890) is built for this type of game. He loves playing down at the friendly confines of GMHBA Stadium where he averages over 4 points per game more over his career than any other ground. He is a tackle machine and contested orientate player that suits the field size. As noted above he should also take advantage of the fact that the Bombers give up the second most contested possessions in the league, and this will be an even bigger advantage if the ground ends up being slippery as a result of the forecast showers.

Cam Guthrie (DS $16,280) is having yet another massive fantasy season averaging over 111 points per game. He will be the constant premium Geelong midfielder in my Cats stacks and he is one of the most consistent performers on the slate posting 9 games over 100 points from his last 10. The decision at this price point will be between Guthrie, Merrett and Parish, but I will lean to the team heavily favoured and the player used to playing this ground. As we saw two weeks ago when the Bombers faced the Hawks in Launceston, the unique grounds are typically played better by the familiar team, and Parish/Merrett looked a touch out of place away from the size and space of the MCG. 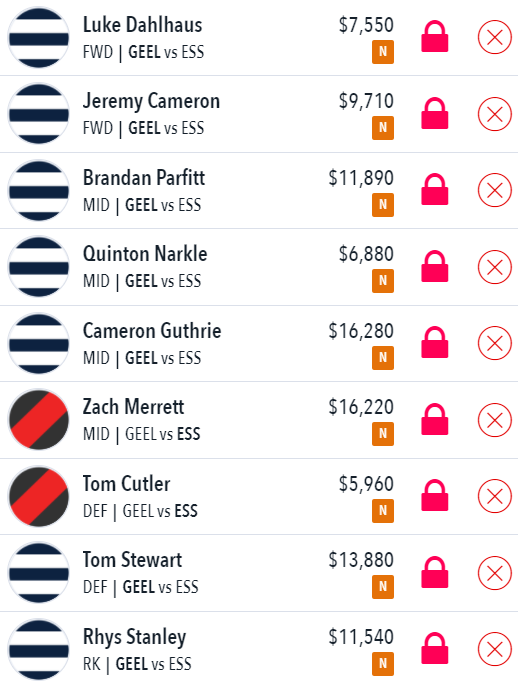