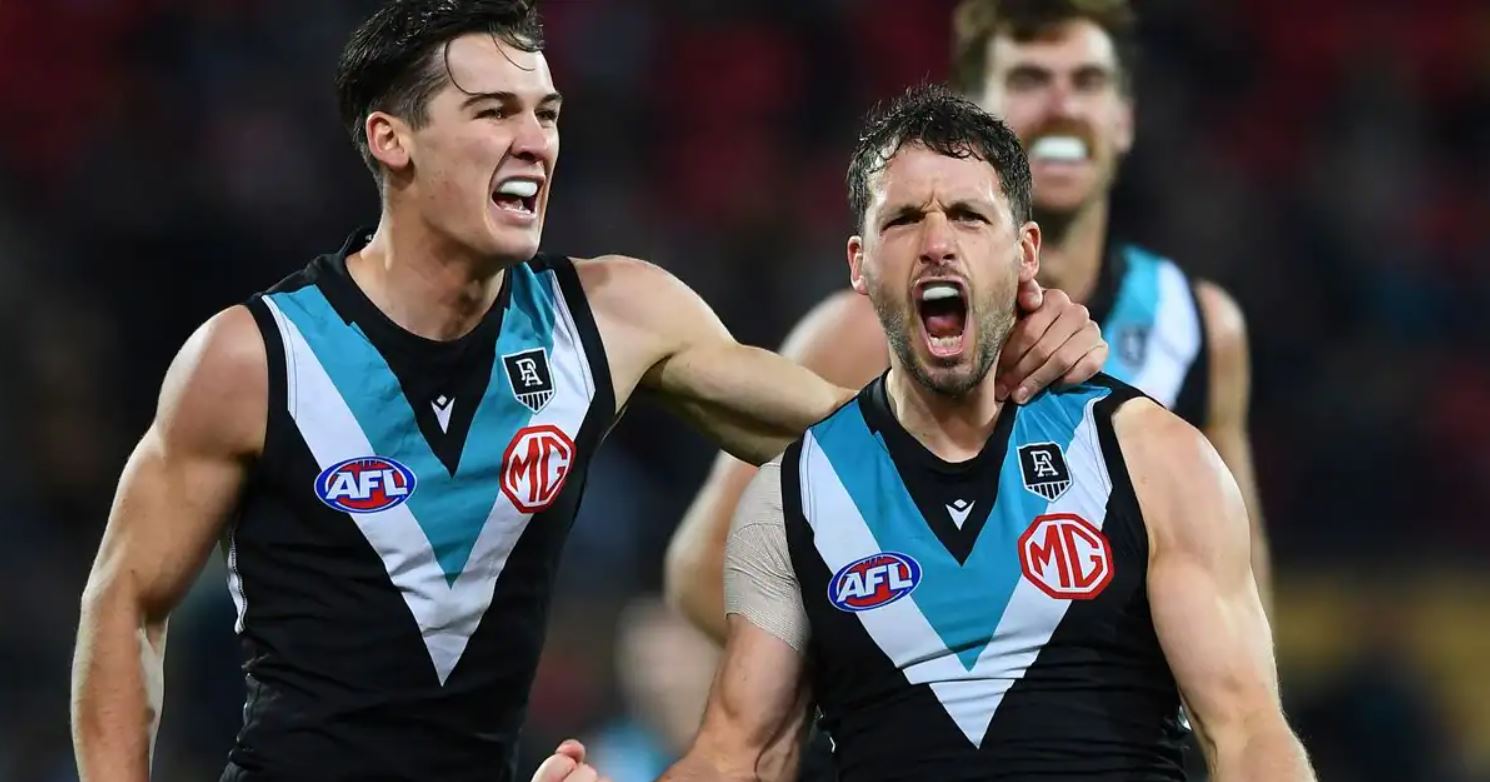 Super Saturdays is here again and we get a fun four game slate to dive into this week. As always there are massive daily fantasy contests on offer, so pick your poison:

Cool temperatures and sprinklings of rain across both locations tomorrow. There is nothing that appears heavy enough to have a major impact on the game, however just monitor the forecast up until the first bounce.

Fremantle have become the number one target in the league for defenders after Collingwood totally changed their game style in recent weeks. The Dockers have given up the most points ot the position this season and when you isolate the top three scores they are conceding 93 points per player.

Hawthorn have been getting dismantled by midfielders this season, which is not great shock given they are sitting second last on the ladder with just 4 wins. In particular, it is the premium players that are killing the Hawks, who are giving up a massive 113 points per game to the top three scorers at the position.

GWS are the best team to target in the ruck on this slate. They have given up the third most point in the league to the position this year at 87 per game to the opposition’s number one ruckman.

Levi Casboult (DS $6,590) is a unique value option on tomorrow’s slate. He will be chopping out Tom De Koning in the ruck and given the experience level of De Koning and his performance last week, I suspect it will be closer to a 50/50 split in this matchup. Casboult has a history of being able put up fantasy scores when he is spending a portion of time in the ruck posting an 82 and 71 in his two games where he notched up more than 10 hit outs last season.

Paddy Dow (DS $6,080) is finally being given consistent opportunity through the midfield, attending approx. 40-60% of the Blues centre bounces over his past three games. This has led to a score of 77 points last week, which would be almost 13x value return on his current price point. There is no reason that this role wouldn’t continue as the Blues try and develop/assess their youth down the back end of the season.

Miles Bergman (DS $8,990) looks like another absolute gem for the Power. He is playing across half back and pushing up onto the wing, which has been an user friendly role for his fantasy scoring. Over the past two weeks, he has posted 103 and 74 points and on this slate he draws one of the top matchups in the league for this role against the Hawks.

Nic Newman (DS $11,290) is close to the last back standing for the Blues at this point with Docherty and Williams going down. Newman showed he still has massive upside in this role last week posting a 110+ point performance. On this slate he draws one of the top matchups in the league for defenders and I love the Carlton stacks on this slate.

Travis Boak (DS $13,790) has been coming into form down the back end of the season posting back to back 100+ performances. Despite this his price is still sitting nicely under that $14K mark, which makes him far more affordable than his counterpart Ollie Wines (over $16K). As noted above this is the second best matchup in the league for premium midfielders and given the price I will be loading up on Travis Boak on this slate. 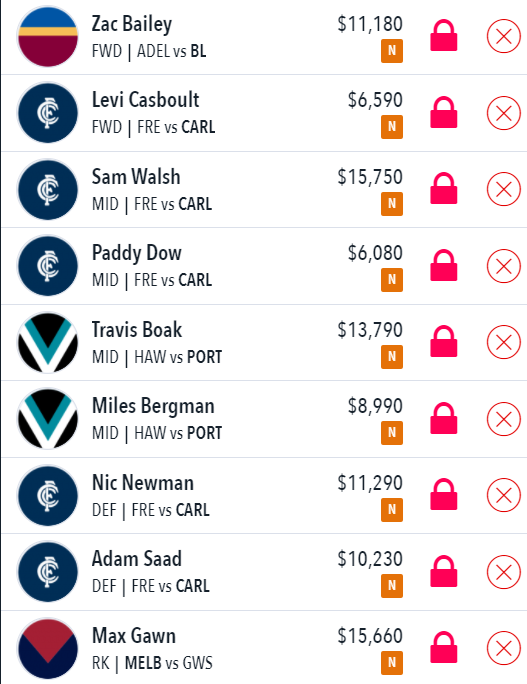