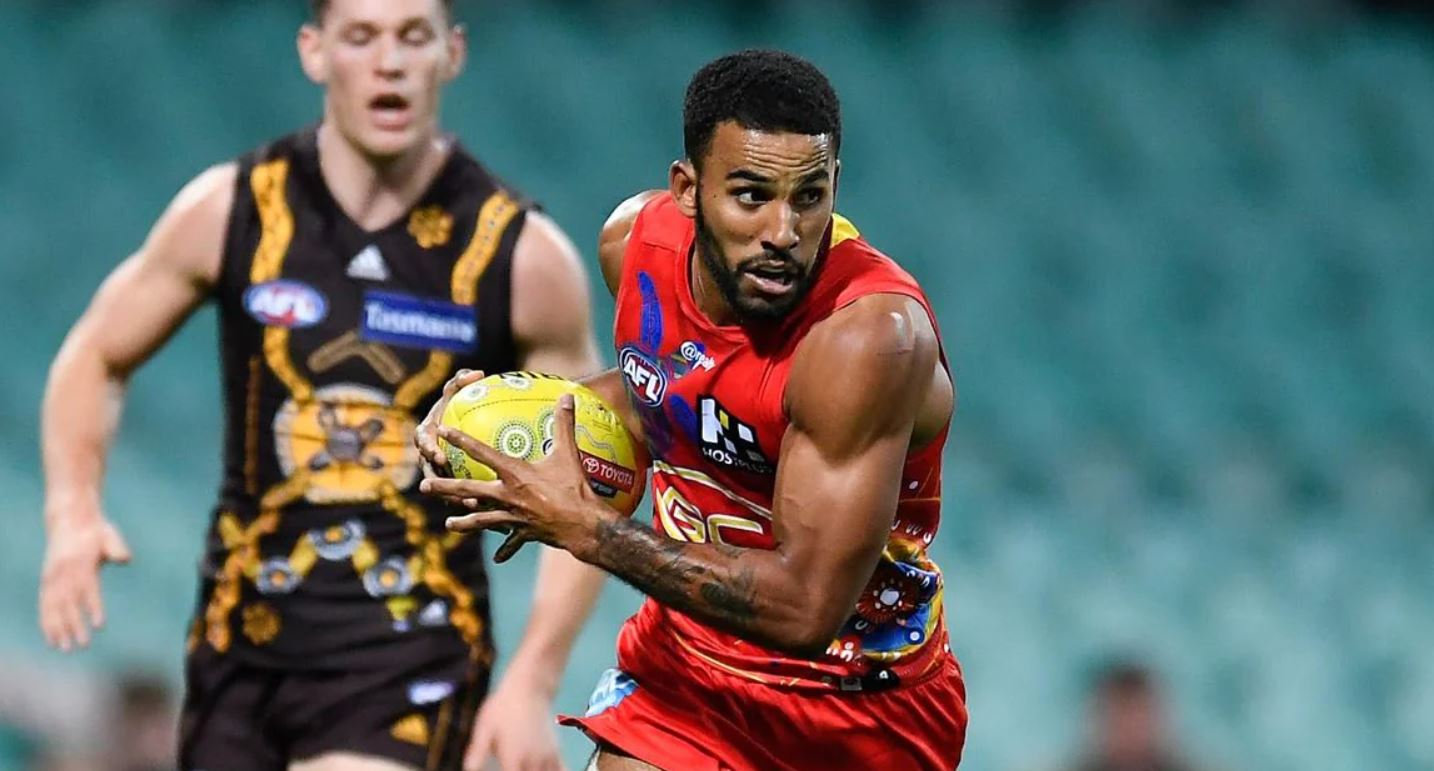 Round 16 of the 2021 AFL Premiership Season kicks off with another Thursday night start. This week it is a clash between Gold Coast and Richmond at Marvel Stadium. As always there are massive daily fantasy contests on offer: 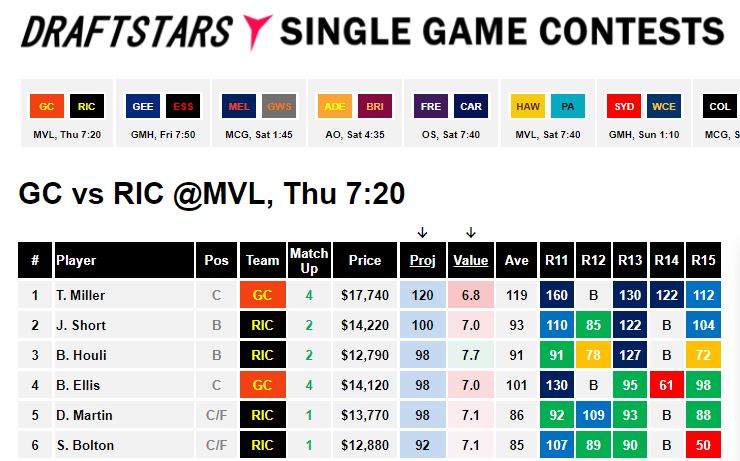 Gold Coast have been the number one team in the league to target with defenders this season. Conceding 73 points per game (over 5 points per game above league average), this will suit Richmond’s attack as they have been racking up uncontested marks and possessions in recent weeks (for the year they are above average for toals in these stats).

It is no surprise to see Gold Coast conceding the most points to midfielders. This is especially true for the premium mids, with the Suns giving up 114 points per game to the top three scorers at the position.

The Suns have lost another ruck in Zac Smith to injury; however given his performances in recent weeks I am not sure things can really get much worse for the Suns at this position. If they could it would be from a Chris Burgess number 1 with a Sam Day chop out. It has been combinations like this that have led to the Suns giving up 90 points per game to the opposition’s number one ruck (98 per game over the last five weeks).

Jack Ross (DS $5,170, DK $3,000) has played three games at the VFL level this season and averaged a massive 114 points per game. He should get opportunity in the midfield going off his games at AFL level this season as he has attended approximately 20-30% of the centre bounces. In his last three games, he has averaged 54 points per game, which would be a 10x return on his current price point and this matchup is the best in the league for midfielders.

Jeremy Sharp (DS $6,630, DK $4,600) was able to demonstrate the capability he has been showing at the VFL level last week posting 79 fantasy points from 20 possessions against North Melbourne. This is a much tougher matchup, however Sharp will be given plenty of opportunity on the wing Suns so returning a 60+ score again is in play. After last week’s performance expect Sharp to be the most popular value play on the slate outside of the rucks.

Mabior Chol (DS $8,640 DK $4,800) draws the best matchup in the league this week for rucks with the Suns giving up 90 points per game to the oppositions number one. Chol has been the number one ruck for the past few weeks (albeit he split more of the time with Callum Coleman-Jones last week). This week is the best matchup Chol has had since he played Essendon three weeks ago and posted a 97-fantasy point game.

Bachar Houli (DS $12,790 DK $9,200) draws the best matchup in the league for backs against the Gold Coast. Houli has been up and down this season, but still offers GPP winning upside with two scores above 120 points this season. I will be linking him up with other Tigers backs.

Touk Miller (DS $17,740 DK $12,200) is the safest player on this slate posting just one game under 100 points from his last 10 (a score of 98). He has also consistently produced huge upside this season with 6 games of 130+ and three of those over 140. There is plenty of value on this slate to afford Millers high price tag and he is also the only player above $15k, which means options for a high-priced premium are few. 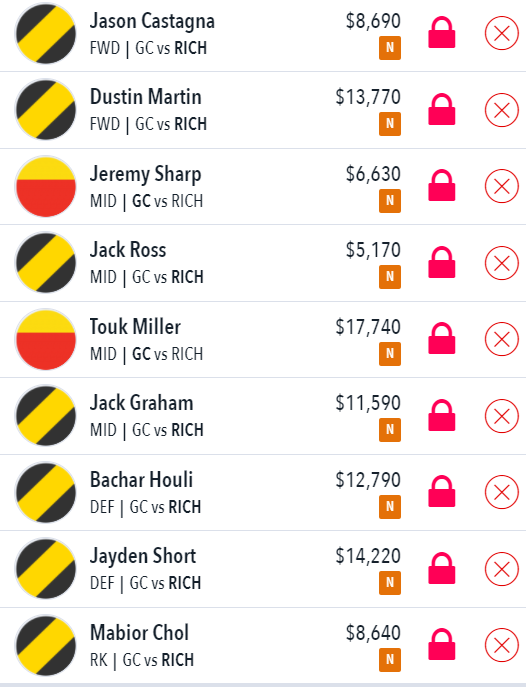