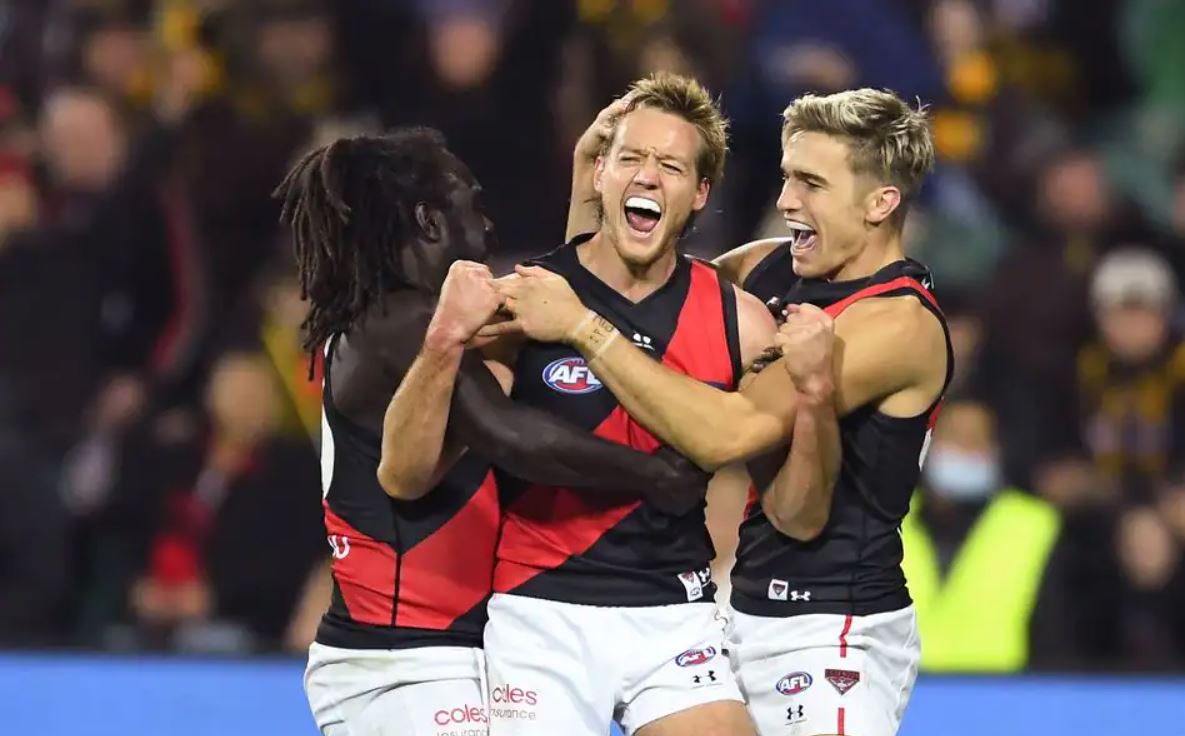 Friday night football for Round 17 of the 2021 AFL Premiership Season is here as Essendon host Adelaide. As always there are massive daily fantasy contests on offer: 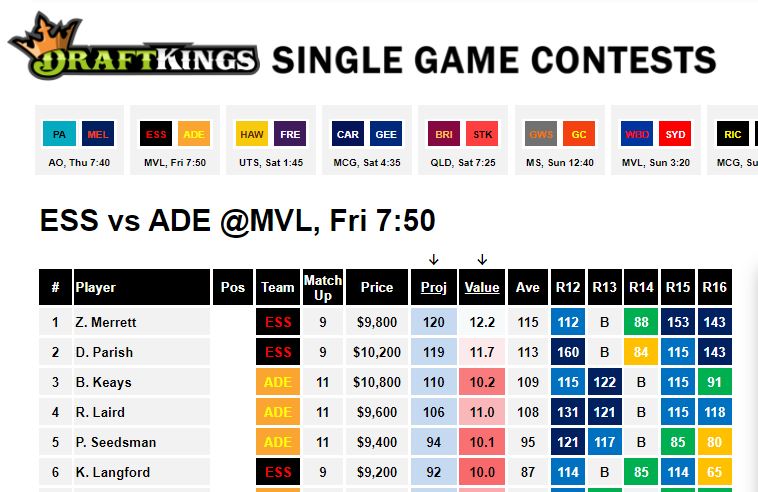 Adelaide have given up the most points in the leauge to forwards this season at 64 per game. If you isolate the top three socring players at the position this number balloons to 82 per game, which means stacking up the Bombers forward line will be my strategy in this matchup.

Essendon have struggled to stop rucks scoring fantasty points all season, but the return of youngster Sam Draper from injury has only made this issue worse. The Bombers give up the fourth most points in the leauge to the oppositoins number one ruckman, but this number has grown to 91 per game over the last 5 rounds with Draper in the lineup.

Nik Cox (DS $7,970 DK $4,400) is a high risk high reward play with a nice ceiling in the 80-100 point range, which can take you home a GPP at his price point on this slate. He won’t be too popular after three straight miserable performances, but I like the matchup for the Bombers and I love pairing him with some of their defenders.

Luke Pedlar (DS $5,500 DK $3,000) is an obvious play on a single game slate where the value options are very hit and miss. Playing his first game last week he did attained a couple of centre bounces and got up the ground at times. He was able to return a 49-point game, which might be all you need in a single game slate.

Jordan Ridley (DS $11,220 DK $7,400) is close to a lock and load play for me on this slate. He has resumed taking kick ins (4 out of 7 last week), which is the role he was performing earlier in the season when he started out on fire posting 3 straight 109+ point games from his first four matches before getting injured. There was one other common theme to those games as well, no Dyson Heppell. With Heppell out for this contest, there will be a significant number of possessions that will be soaked up by other Bombers half backs and I expect Ridley to be the biggest beneficiary.

Darcy Parish (DS $17,690 DK $10,200) is pretty much the form player in the competition (bar perhaps the Bont). He has had just 1 game under 100 points in his last 10 and 4 of those 10 have been 143 or higher. He can pay off this enormous price tag easily enough, and the major positive that stands out for him in this matchup is the fact that Adelaide give up the second most contested possessions in the league this season and are tackled the most. This should play right into Parish’s skill set, after he is fresh off breaking the record for contested possessions in a game last week. 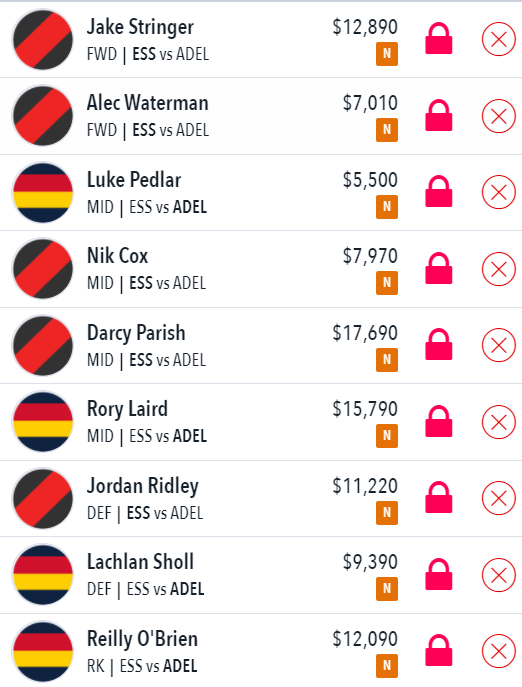