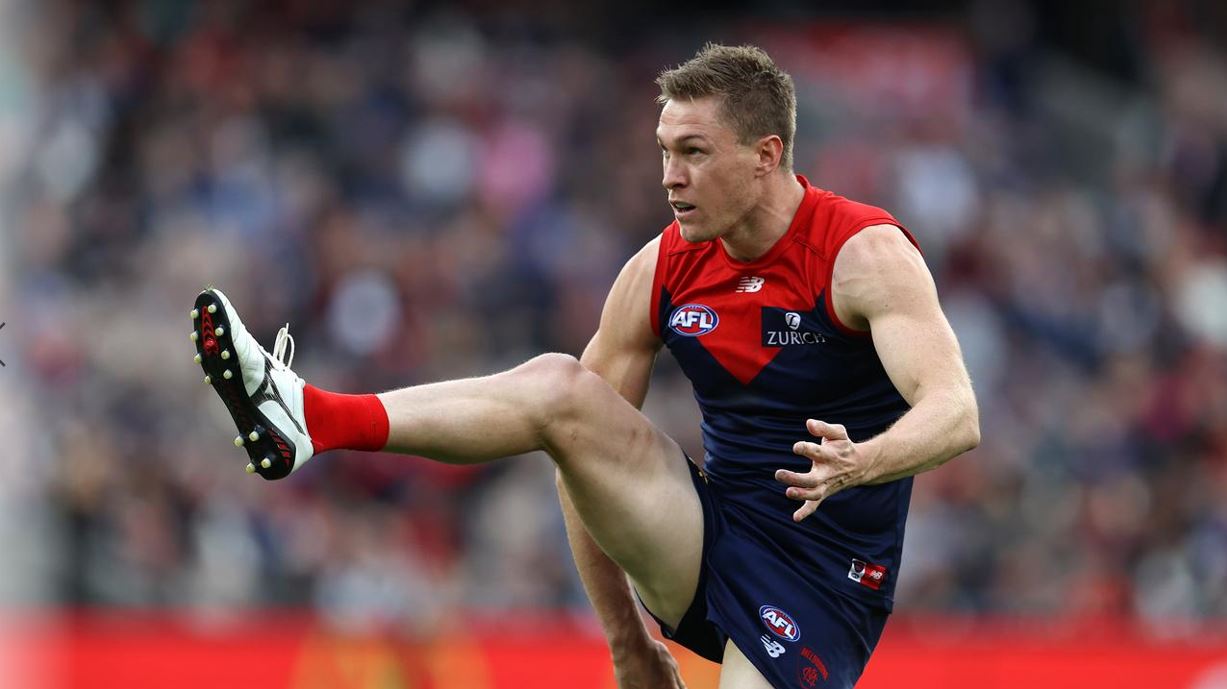 Round 17 of the 2021 AFL Premiership Season kicks off with another Thursdany night start. This week it is a top of the table clash between premiership contenders Port Adelaide and Melbourne at Adelaide Oval. As always there are massive daily fantasy contests on offer:

This is a very tough matchup to idenfity any points of attack with both Port Adleaide and Melbourne in the bottom half of the league for fantasy points conceded. However the Demons look to concede above average points to premium backs and midfeilders. When you isolate the top three defenders they concede 89 points per game (2.8 points per game above league average), and it is a simialr story for midfielers where they conced 109 points per game to the top three scoeres. As a result focusing on Port Adelaide backs and midfielder stacks seems like the logical play at home on Adelaide Oval.

Miles Bergman (DS $8,940 DK $4,600) is still an obvious value play on this slate playing across half back and up on the wing. Last week he let us down with a 58 point effort, however the two previous games before that he posted 103 and 74. I will be linking up Bergman as a value play with other Power defenders and wings.

Tom McDonald (DS $11,040 DK $7,400) will be a very unique play on this single game slate as most players will prefer to spend up through the midfield and across the back line. With little value options it will make it difficult to fit him in. However, he brings 100+ point upside (as seen last week where he posted 101 against GWS), and in this matchup he should have a significant height advantage with the Power having limited size in the back line to matchup with the Demons talls. In addition, with Ben Brown in we should see McDonald free to push up the ground more.

Travis Boak (DS $13,850 DK $8,600) has posted three straight 100+ point games and his price still remains under $14k. As noted above, Melbourne give up above average fantasy points to the top three scoring opposition midfielders. Boak is also the type of midfielder I prefer to play against top teams as he rises to the contest rather than focuses on filling up against a weaker opponent. A case in point is his game against the best midfield in the league (Western Bulldogs) earlier this year where he posted 113 points. Both of Boak’s games above 110 fantasy points this season were at Adelaide Oval. 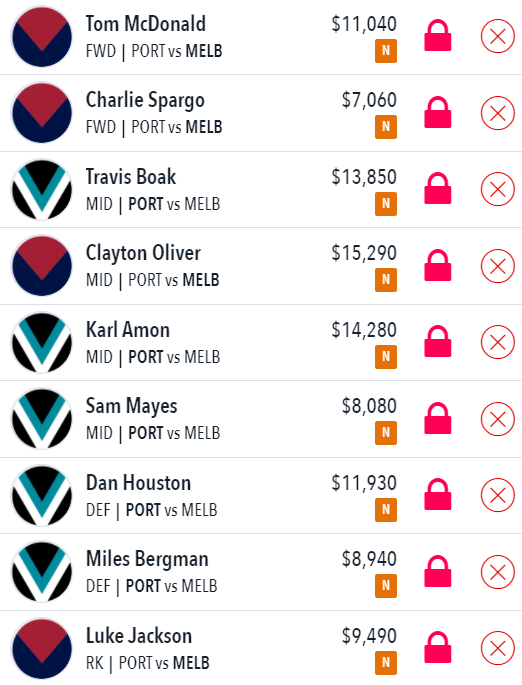