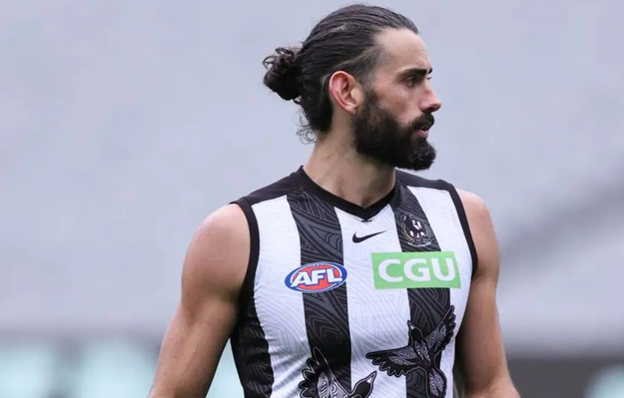 We back up the Saturday slate with another 3 game Sunday slate for Round 17 of the 2021 AFL Premiership Season.  The major platform has us covered with a wide array of huge contests on offer:

The feet will sting a little kicking the football in the freezing cold weather at Ballarat, but as far as rain goes it looks perfect conditions for football across Victoria tomorrow.

Two of the top three teams to target with backs are on this slate. Surprisingly the Western Bulldogs have given up the second most points to the position this season, which is due to a combination of their ground position dominance and the way they structure up their defence. Allowing nothing but the chip kicks across the back line. Collingwood were conceding massive levels of uncontested possession through the first half the year, before dominating possession themselves in the last 5 or so weeks.

The Gold Coast have given up the most points in the league to opposition midfielders this year, which is music to the ears of GWS stackers. They have limited premium midfielders over the last 5 weeks to just 100 points per game, but last week’s surprise domination over the lifeless Tigers plays a significant part in that small sample size data.

Chris Burgess (DS $7,830) / Maboir Chol (DS $7,990) are both value plays who will be getting the sole ruck duties on this slate, and in addition both have the added benefit of being dual positions at Draftstars. Chol has showed more consistent upside posting a 78 and a 97 from his last four weeks (from which both scores correlated to increased time at the centre bounces). Burgess has been less consistent but in his first real chance at the position solo last week he posted an 88-point game with 24 hit outs, and he draws a much better matchup than Chol. Due to GWS giving up the fourth most points to number one ruck man this season.

Jordan De Goey (DS $10,750) has finally been given a solid run in the midfield and he is excelling fantasy wise. From his last four games he has posted 3 scores of 106+ and he is attending 45-83% of the Magpies centre bounces in each of those contests. This is an elite matchup for him as noted above with the Tigers giving up the third most points in the league to midfielders this season.

Jayden Short (DS $12,860) in recent years has consistently shown improved fantasy scoring when Bachar Houli is out of the line-up and with Houli ruled out for the rest of the season it should mean that Short picks up all the football he wants across the half back for the Tigers. On this slate Short also draws one of the best matchups in the league for defenders this season with the Magpies considering the third most points to the position and 92 points per game to the top three scorers.

Brodie Grundy (DS $16,110) has an absolute dream matchup on this slate against Maboir Chol who he should physically dominate. Grundy was in career best form before running into a slight down patch over the past three weeks. I expect a huge bounce back performance in this matchup and Grundy has shown this year that he still has 140-150 point upside in the right matchup.

Josh Kelly (DS $15,420) has returned to a predominately inside role for the Giants in the second half of the season and this has resulted in massive return in his fantasy scoring. He has posted 7 scores above 100 from his last 8 (including a ceiling of 150), and his only game under 100 during that stretch was a 97-point effort. On this slate he draws the best matchup in the league for midfielders and I will be starting my GWS Giants stacks with him. 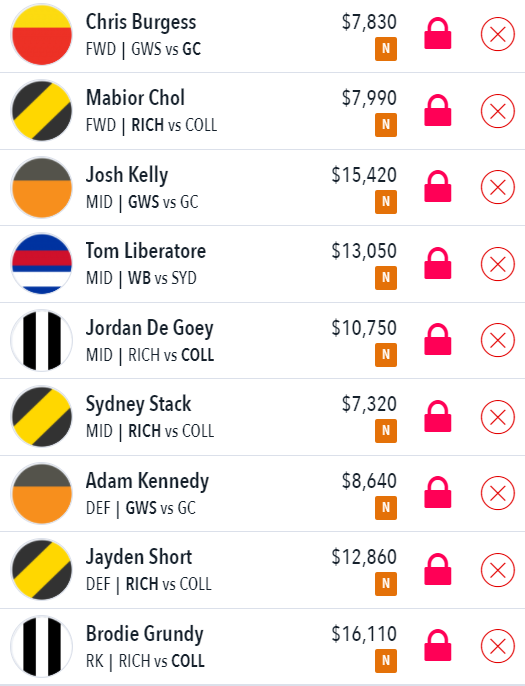