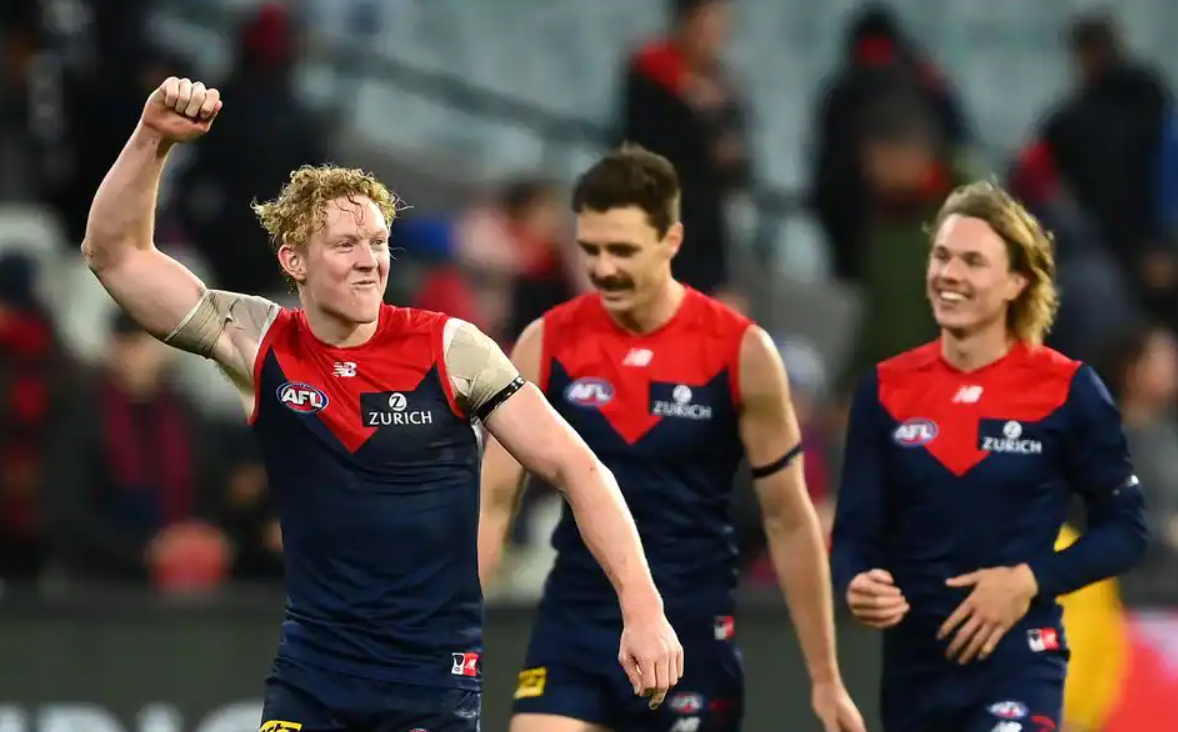 Super Saturdays is here again and we get a fun three game slate to dive into this week. As always there are massive daily fantasy contests on offer, so pick your poison:

Plenty of rain expected in the Melbourne area tomorrow throughout the entire day – morning, afternoon and night. Remember that currently the Marvel Stadium has the roof off regardless of conditions due to COVID-19 so both Melbourne games will be impacted tomorrow.

Meanwhile the Gold Coast conditions are perfect for football, so load up on all the uncontested players you like.

The Western Bulldogs have made a late charge to hit the front in most points conceded to defenders this season. Their structure blocks the corridor and encourages the opposition to chip the ball from side to side across half back, which has led to major fantasy scores in defense. On this slate they take on a team who has accumulated the most uncontested marks in the league this year, primarily across half back. It is the dream matchup.

It is clear that we can load up on the Melbourne and Western Bulldogs premium midfielders on this slate. With Hawthorn and the Gold Coast first and second for the most points conceded to the top three scoring midfielders this year. Both sides are heavy favourites on this slate and I would expect their top midfielders to absolutely fill up in these matchups.

Lachlan Bramble (DS $8,780) moved to the back line last week as the Hawks saw the injury toll to their back line continue to mount. This role proved fruitful for his fantasy scoring, racking up 99 points and taking kick ins in the second half. On this slate the Hawks have a tough matchup as 42-point underdogs, which means that the ball should be in their backline for much of the game. In addition, when you isolate the top three scoring backs against the Demons this year they are giving up 88 points per game, which is 2 points per game above league average.

Jack Lukosius (DS $12,750) / Jack Bowes (DS $11,240) as a stacked duo of defenders I will be playing plenty of as they draw the best matchup in the league for their position this season. As noted above the Western Bulldogs have been giving up the most points in the league this season to defenders. Gold Coast backs love to rack up uncontested possession and Lukosius and Bowes have had a strong correlation for linking up all season.

Tim English (DS $11,900) draws the best matchup in the league this weekend for a ruckman squaring off against the Suns. Gold Cost continue to give up the second most points in the league to ruckman at 91 points per game, and this amount balloons to 100 over the past 5 games. The Suns have brought back Caleb Graham to help Burgess with the ruckman duties, but at the end of the day neither are AFL standard at this position and that will give English every opportunity to back up his 120+ point game from last week.

Josh Dunkley (DS $14,290) returns from a long-term injury just ahead of the finals campaign for the Western Bulldogs. He also returns to the ideal position for himself, with Adam Treloar injured and Tom Liberatore resting. This means there will be plenty of time in the midfield and as we have seen this year when Dunkley gets loose in the middle he can hit a GPP winning score.  His season high is 150+ and he has yet to post a score under 100 this season.

Clayton Oliver (DS $14,750) has seen a price reduction based off his recent output – just one game over 100 from his last 5. On this slate, however, he draws the second best matchup in the league for midfielders and as noted above Melbourne come in as over 40 point favourites. The weather should give Oliver a further advantage if it is wet as Oliver is an inside contested bull and tackling machine. 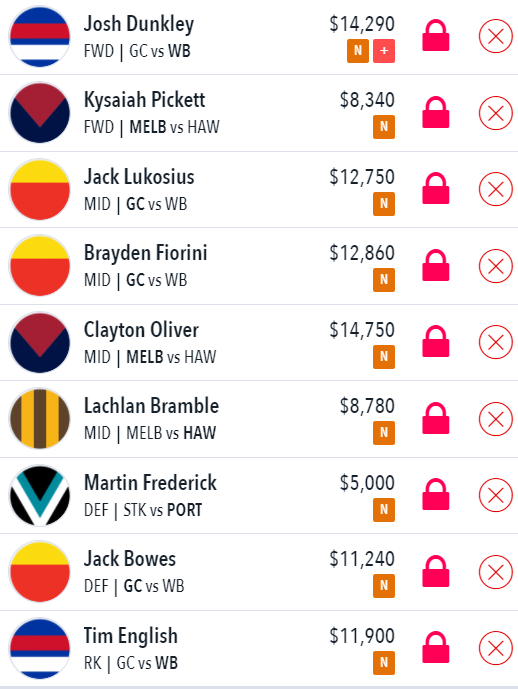