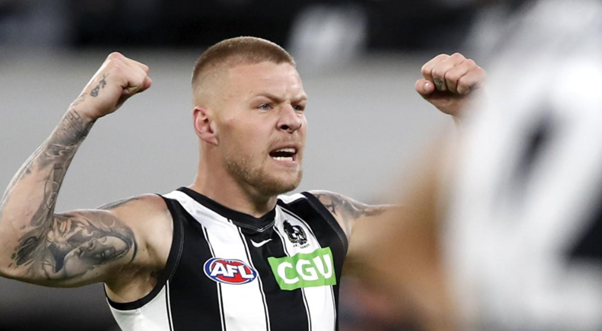 Friday night football is here for round 19 of the 2021 AFL Premiership Season! This week we see Port Adelaide attempt to solidify their position in the top four as they take on Collingwood. As always there are massive daily fantasy contests on offer:

No real forecast of rain in Melbourne tomorrow that would impact your team builds, however with an empty stadium Marvel would likely be shut if the weather looks like it wil impact the match.

As has been the common them for the Magpies games these past few weeks they have given up the most points in the league to defenders this year, however the recent performance has been completely the opposite. Over the past five weeks they have conceded 65 per game, which would be in the bottom quarter of the league.

Finlay Macrae (DS $5,000) … the Magpies have brough in 2 debutants who are minimum priced for this game in Anton Tohill and Jack Ginnivan. So, it is certainly worth canvassing these players to work out how we have landed on Macrae. Tohil is 200cm forward who has struggled to break the 60-point mark in recent games at VFL level, while Ginnivan has been playing significant time forward and despite posting a few reasonable scores has needed to 3-4 kick goals to do it. This just doesn’t seem like the right matchup for these two.

For Macrae on the other hand it will be his fifth game stepping onto an AFL field and his fourth in a non-sub role. He posted a 54 point game in his first AFL matchup and at the VFL level he posted over 100 fantasy points in his last game. He should see more time up on the wing and through the midfield than the other value options on this slate.

Jordan De Goey (DS $13,340) continues his dominant play since moving more through the midfield (45-80% of centre bounces the last 6 games). Over this stretch he has posted just one game below 106 points and is coming in off a run of 124, 117 and 120. Despite this his price is still under $14k and looks to be a lock again on this slate. The only argument for not play De Goey is his ownership and the fact that the matchup isn’t ideal against Port Adelaide.

Karl Amon (DS $14,960) stands out as the number one spend up for Port Adelaide on this slate with the Magpies giving up a higher rate of uncontested possessions and marks than contested disposals. Amon has been in amazing form this year averaging just under 100 points per game but is on tear recently with three straight scores of 109+ that includes two straight 130 point games. I will be linking him up with other outside players from the Power, especially through the middle. 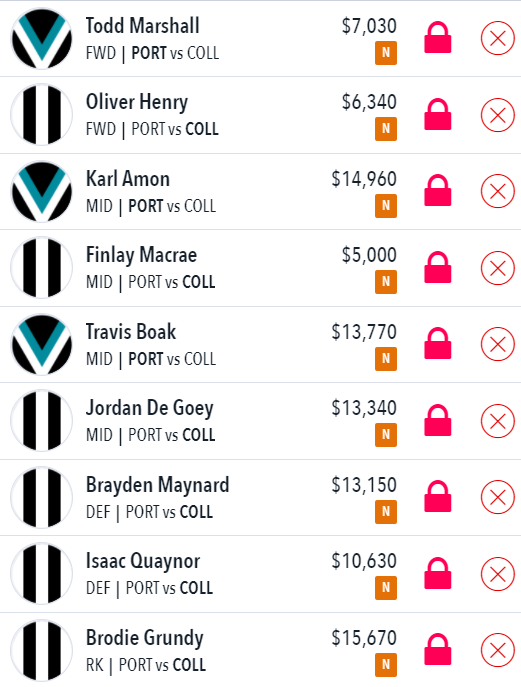