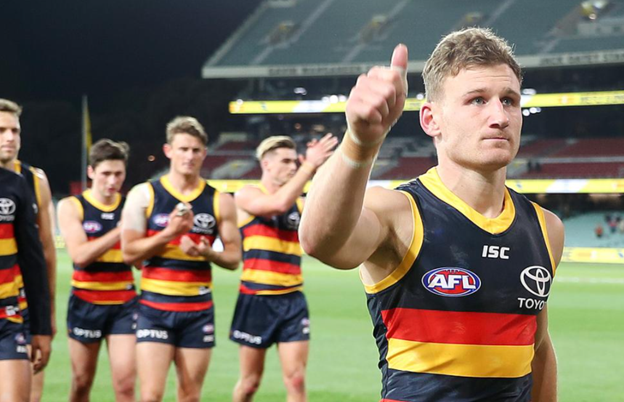 Super Saturdays returns in its original form with a huge 5 game slate to dive into. As always there are massive daily fantasy contests on offer, so pick your poison:

There is a smidge of rain forecast across all three locations for tomorrow’s slate. Monitor conditions closer to the bounce, but it really does not look like enough to have any major impact on the game. I will be picking teams without concern from the rain.

It is also worth noting that the roof will be closed in both of the games at Marvel Stadium.

Western Bulldogs have become the number one team in the league to target via the backline this season. Giving up the most points in the league to the position, this number has ballooned in recent weeks giving up 78 points per player, and a massive 99 points per player when you isolate the top three scorers. This makes for a great matchup for the Demons who love getting the extra man behind the ball and starting their attack from the defence.

Gold Coast have been cut up through the midfield for another season in 2021 giving up 87 points per player (most in the league). This number has started edging down in recent weeks, and in particularly when you look at the numbers for the top three scorers they have held the opposition to 102 points per player (which is close to the lowest in the league for that period).

This is a dream slate for finding matchups for possible forward as the top four teams for points conceded to the position this year are all playing. I particularly like the key forwards on the Crows for this matchup as the Hawks have very limited size down back and have been giving up points all season to that particular type of forward.

Tom De Koning (DS $8,510) is the sole ruck and attending close to every centre bounce for the Blues right now. He showed ability to post a solid score two weeks ago with a 91 point game against Geelong. He backed that up with a solid performance against one of the toughest rucks in the game in Grundy last week, posting 66 points. On this late he draws Todd Goldstein who has given up around league average points to the oppositions number one ruck man. The beauty of De Koning is you can play him up forward and still roster another ruck.

Brayden Fiorini (DS $11,820) is playing to prove a point to the coach and rest of the Suns who had held him out of the side for the better part of this season and last season. Since getting an opportunity to play inside mid these last three weeks (71+% CBA’s in each), he has posted three straight scores of 101+. His price is yet to really increase so just on a value basis he becomes a play, even if this matchup against Brisbane isn’t ideal for midfielders.

Steven May (DS $10,430) is my unique play of the day. Priced right in that middle range that the masses tend to avoid unless it is obvious, May should be comfortable under 10% ownership on a 5 game slate (possibly under 5%). This is the top matchup in the league for defenders, and specifically key backs have been posting strong scores against the Bulldogs. As noted above the Demons will aim to setup with the spare man behind the ball, which should allow May to take intercept marks while also racking up some cheap posessions, which the Bulldogs have allowed all year.

Max Gawn (DS $15,270) has an elite matchup on this slate against Tim English. The Bulldogs have given up 89 points per game to the oppositions number one ruckman this year, which is the third most in the league. Gawn has not been as consistent lately as he continues to share some of his ruck duties with youngster Luke Jackson (approx. 70%/30% split of CBA’s), but he still has a huge ceiling and this is the matchup you can expect him to hit on. When these sides met earlier in the year, Gawn posted a 118.

Rory Laird (DS $16,460) came through for us last week and I will be going back to the well this week as he draws the top matchup in the league for elite midfielders. The Hawks have given up 113 points per game to the opposition’s top 3 scoring midfielders this season, which is the most in the league. Laird has been in unbelievable form in recent weeks posting 6 straight games of 115+ points. 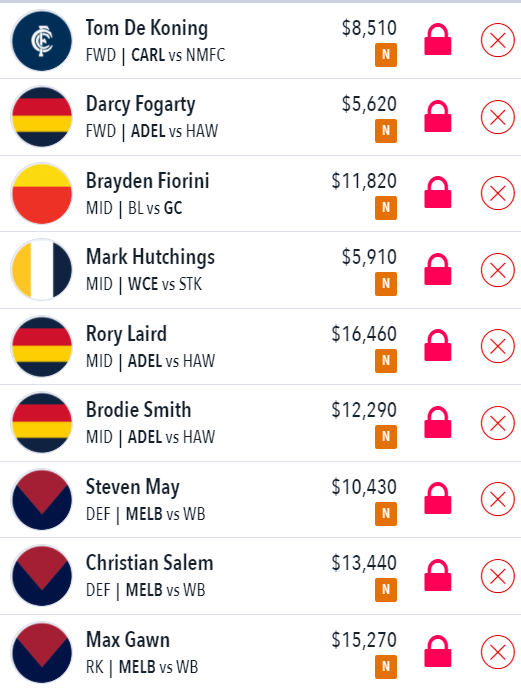