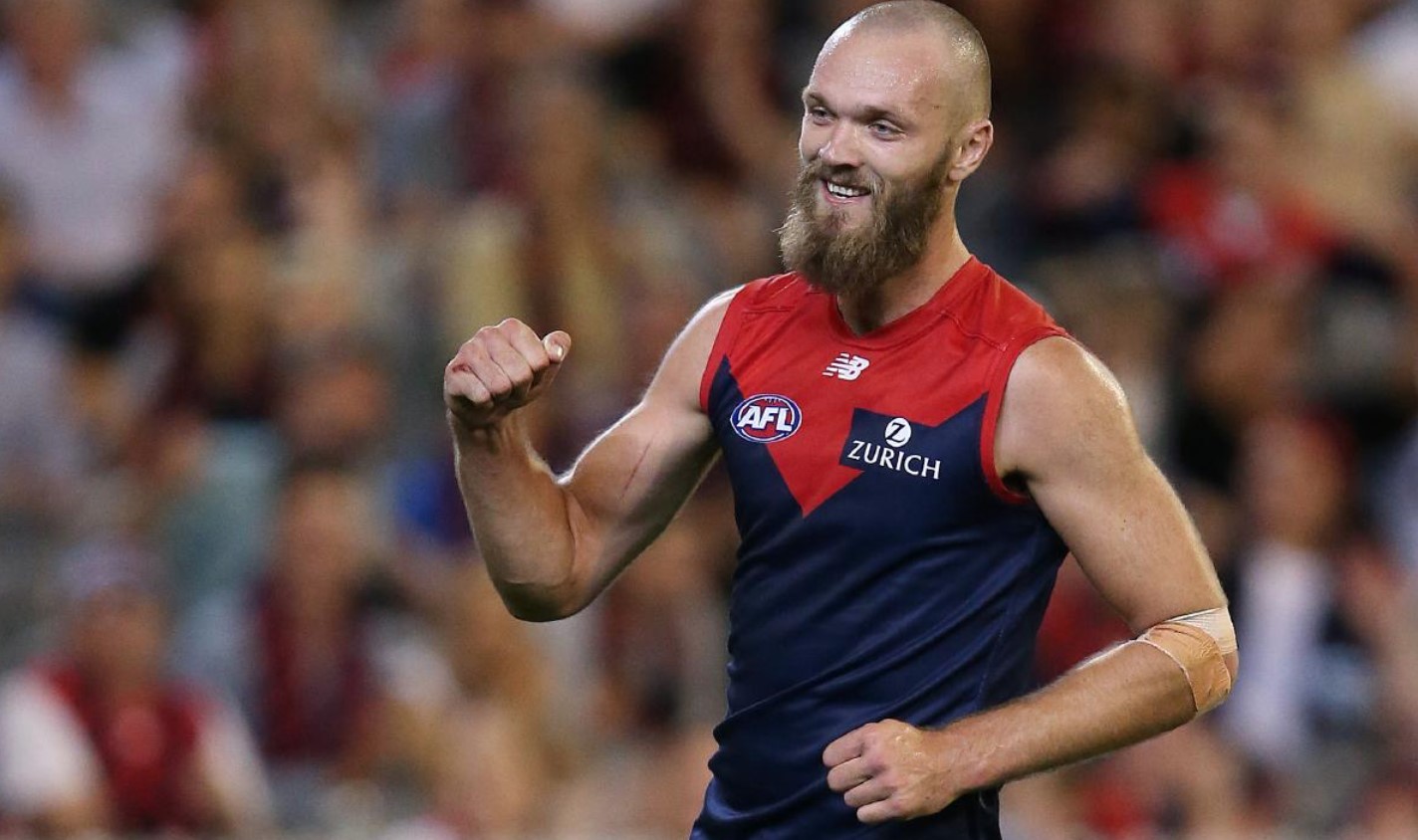 Strap up for another Super Saturday Slate with four games of action as part of Round 2 of the 2021 AFL Premiership Season.  The major platforms have us covered with a wide array of huge daily fantasy contests on offer:

Looks all clear across the country for football tomorrow. The only real threat for rain is in Melbourne, but the roof will be put up if it is going to cause any issues.

Remember we are very early in the season so take a single round sample size with a bit of a grain of salt and our data tools do have last season’s numbers as well that may help add further context to the story.

Gold Coast are the team to target via the back line on this slate, fresh off a round one matchup where they conceded over 26 points per player than the average to defenders. This number won’t be sustainable obviously, but it does follow a trend where they were top 5 for points conceded to backs in 2020 so I love playing North backs as the Kangaroos have liked to rack up uncontested possessions in that area of the ground in recent seasons.

No real surprise to see North Melbourne conceding the most points to forwards in the first week as they got dismantled by one of the flag favourites in Port Adelaide. This is another trend that is consistent with 2020 where North gave up the third most points to the position.

Youngster Paul Hunter was absolutely decimated in Round One by another player on debut. While Hunter continues to sole ruck in this early part of the season he will be an elite player to target. This week he has drawn one of the league's giants at the position in Max Gawn. He let us down in Round One, but this looks to be the perfect spot for a bounce back performance.

Jack Ziebell (DS $8,910, DK $4,100) stood tall in his first game in a new role down back and from a fantasy perspective it was little surprise to see him racking up fantasy points. Ziebell took 10 out of the 15 kick ins and played on 9 times for an easy 27 points. As we noted above, this week looks to be an ideal matchup for his position and to make things even sweeter his price has gone down from last week on Draftstars.

Willem Drew (DS $8,520, DK $5,800) was an easy call as a value play last week and he paid off at around 13x for us. There has been a modest price increase this week, but I am going right back to well here in a matchup where Port Adelaide should once again win quite comfortably. Drew has taken over Tom Rockliff’s role on the inside and attended 20 center bounces last week, which is a role that we wouldn't expect to change this week.

Will Brodie (DS $8,410, DK $4,500) could be a sneaky value play this week after he started extremely poorly in round one against the West Coast Eagles. With Matt Rowell now out, Brodie saw 38% of the total center bounces for the Suns last week and he has shown scoring potential when playing a midfield role in the past. This week is a much more positive matchup at home against North Melbourne who most are tipping to win the wooden spoon this season.

Jaidyn Stephenson (DS $9,920, DK $4,400) was the key to the slate last week, bursting onto the scene in his debut for the new club posting a massive 128 fantasy points.. Playing primarily across the wing and in the midfield it unleashed his running game and he racked up uncontested marks and possessions. This role looks ideal for his fantasy scoring and although his price has increased he displayed the scope for GPP winning scores at nearly any price in Round One.

Oleg Markov (DS $9,620, DK $5,000) was another player who took advantage of his role at a new club to produce a massive fantasy score in Round One. The Suns are looking to build up their play from the back line, which has been demonstrated through the preseason and in the first game of the season against West Coast. Markov is set to be a huge part of that, and he went over 100 last week. He has seen a decent price increase, but still has GPP winning potential.

Callum Mills (DS $14,510, DK $7,200) is another player who has changed roles this season, finally being unleashed into the Swans midfield. It paid off in Round One posting a massive 121 fantasy points in what was a difficult matchup going on 2020’s data against Brisbane. This week should be a match more favourable contest for fantasy scoring against Adelaide who gave up the most fantasy points to midfielders in 2020. Mills attended 21 (61%) of the Swans center bounces last week.

Max Gawn (DS $17,180, DK $8,700) laid a total egg last week against a double pronged ruck setup the Bulldogs are throwing out there with Tim English and Stefan Martin. This week he draws what looks like the top matchup in the league for ruckman early in the year. Hunter will be playing just his second game after getting toweled up by another debutant last week. Gawn is priced way up, but as we have seen in the past he has a 150+ ceiling and there is plenty of value on the slate to leave room to fit Gawn in. 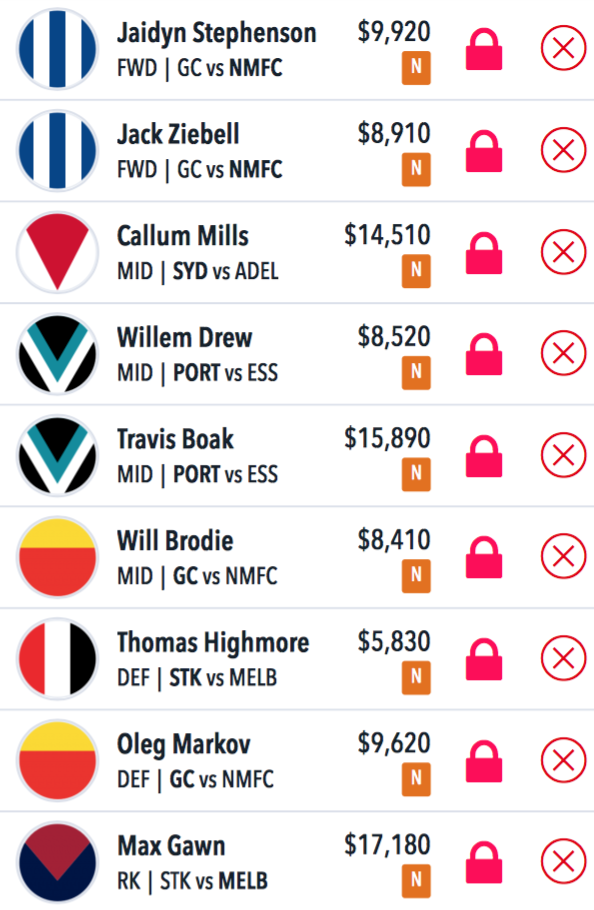 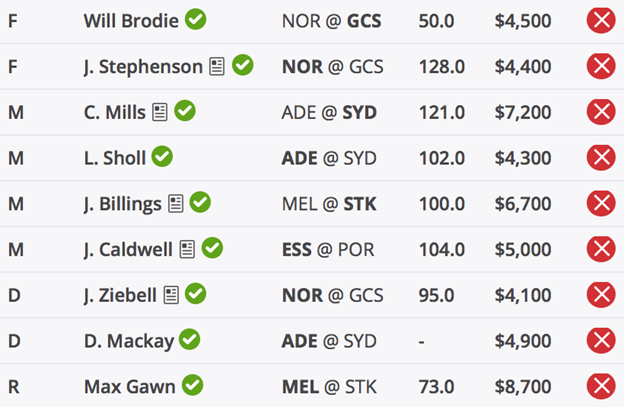