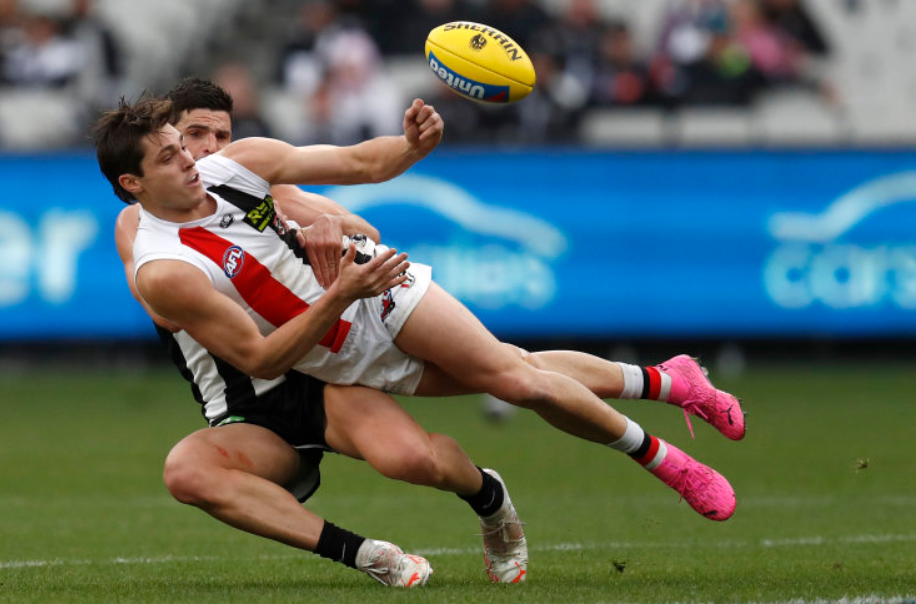 Friday night football is here for round 20 of the 2021 AFL Premiership Season! This week we see St Kilda continue to chase a finals berth as they take on Carlton. As always there are massive daily fantasy contests on offer:

The roof will be shut at Marvel. Lets play!

Carlton have been absolutely decimated up forward this year giving up 65 points per player on average, which is the highest mark in the league. They really get exposed by smaller forwards as they have no great defensive matchups for this position. Their key defensive stocks are solid, which means players like Butler and Higgins will likely get on the loose in this matchup.

Ruck is an interesting propostioin on this slate. The Saints have a two headed monster, which is usally difficult to score against, however this season they have conceded 84 points per game to the oppositions number one ruckman. On the flip side the Blues actually have been relatively stingey to rucks this year, even recently with Tom De Koning being the sole ruck out there. I would be leaning towards Rowan Marshall who could also get hold of the Saints while he is playing forward.

Paddy Dow (DS $7,260) stands out as an obvious value play on this single game slate where the options are not plentiful. This based purely on opportunity with the Blues continuing to give him 55-60% of time through the midfield, which gives him a 10x upside at this price point. Last week in the role he notched up 77 fantasy points, which he has done for the second time in 5 games.

Dan Butler (DS $8,160) has the top matchup in the league against the Blues who as noted above have given up the most fantasy points in the league to forwards this year. This is particularly good for small forwards as the Blues have quality tall backs who have restricted key forwards this season. Butler is fresh off one of his best games of the year posting 90 fantasy points against West Coast. He brings 90-100 point upside, which is GPP winning return at his price point.

Zak Jones (DS $12,220) was injected back into the midfield last week. He attended 70% of the centre bounces, which is his second most of the season and returning to where he was at prior to his injury when he was posting scores of 123 and 151. This transition resulted in a score of 103 points.

Nic Newman (DS $12,590) should assume the majority of the play across halfback again this week with Zac Williams out again with injury. In the two games prior to Williams return Newman posted back-to-back scores of 111 and 115 fantasy points. It is a positive matchup for defenders with the Saints giving up the fourth most points in the league to the position.

Jack Steele (DS $18,130)… this bloke has a claim for the best player in the game right now. He has been absolutely dominant this season averaging 118 points per game showing upside in the 150-160 range. I love the St Kilda midfield to get on top in this matchup and you have to go back 9 weeks to find Steele’s last game under 100 points (and just one under 114 from his last 8 games). 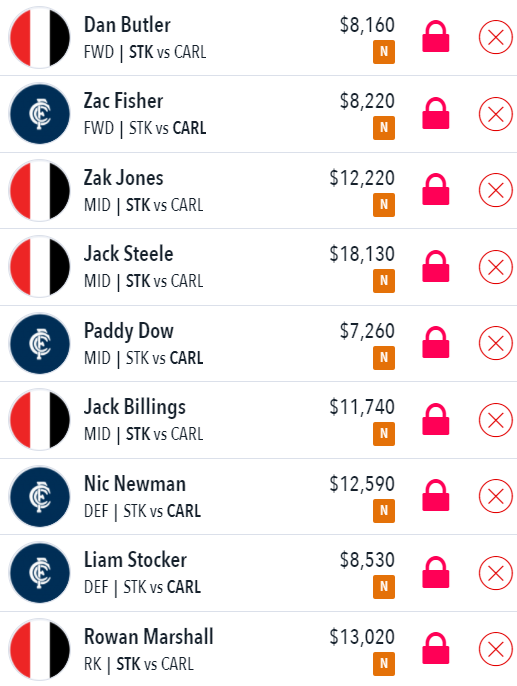