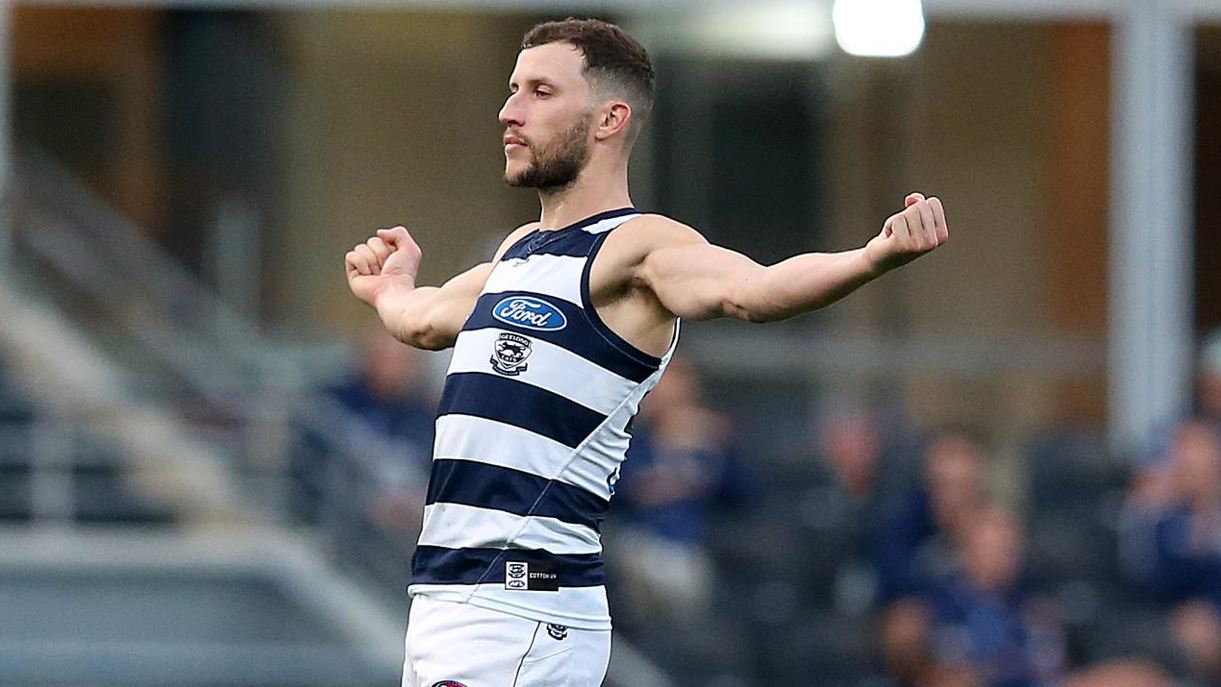 Friday night football is here for round 21 of the 2021 AFL Premiership Season! This week we see Geelong continue their quest for the minor premiership as they host the GWS Giants at GMHBA Stadium. As always there are massive daily fantasy contests on offer:

Josh Kelly will miss tonight’s clash with Geelong with a tight quad.

Both Geelong and GWS have been hard to score fantasy points against this season with GWS giving up the 7th fewest amount of points this season and the Cats being the hardest team of all to score against. When considering the game script, however, the fact Geelong have accumulated the most possessions in the league and in particularly love to play the uncontested game, it I would be backing them in to continue this trend down at home.

The one position you can target on this slate is rucks against GWS. This year has been the usual revolving door for the Giants with either Shane Mumford or Matt Flynn, but on this slate, neither are available and it will up to Kieran Briggs to hold down the position. The Giants have given up 88 points this year to the position, which is the third most in the league.

Jordan Clark (DS $5,780)… there are plenty of minimum priced players on this slate that are all worth investigating. That said, I cannot pass up Jordan Clark at just over $5k. We all know he has shown 100+ point upside in the past and quite frankly he is just too cheap for his performances this season. He has averaged 58 points per game when he has played at least 70% game time and has only one score below 54 in those situations. This game is also at home and the Cats are expected to win by a decent margin. Lock and load.

Kieran Briggs (DS $7,000) will take on the sole ruck duties in this matchup and at $7k he is very hard to pass up. The beauty of the duel positions is the fact that you can play Briggs forward if you still wish to play a Geelong ruck such as Stanley (a play I like). GMHBA is a ground that suits ruck play and Briggs has scores two straight 60+ points games while simply playing the chop out role. A tactic I will love on this late is stacking Cats in every position except for Briggs at ruck or forward.

Sam Menegola (DS $11,970) has had an up and down season, however just three weeks ago he showed us he still has that 120 point upside. I love playing him down at GMHBA stadium and on this slate Geelong will be without Isaac Smith who has eaten into a lot of Menegola’s outside possessions. Without Smith in the line-up Menegola should resume being the Cats number one link up option and I can see a ceiling game on the cards for him in this matchup.

Cam Guthrie (DS $16,090) is where I will spend up on this slate. He is on a run of four straight games of 101+ (with the last three all 117 or higher). There is plenty of value on this slate to be able squeeze Guthrie in and he is really the only true legit premium option on the Cats side. 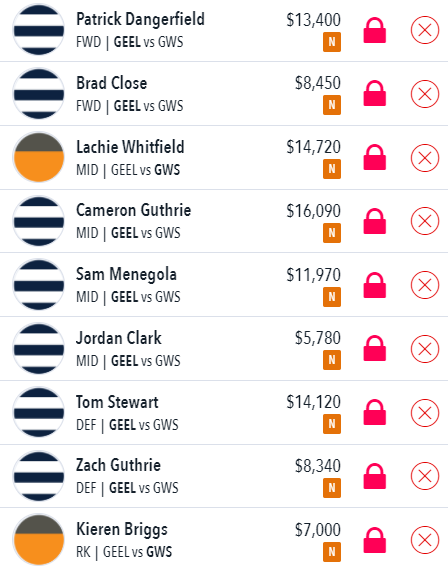