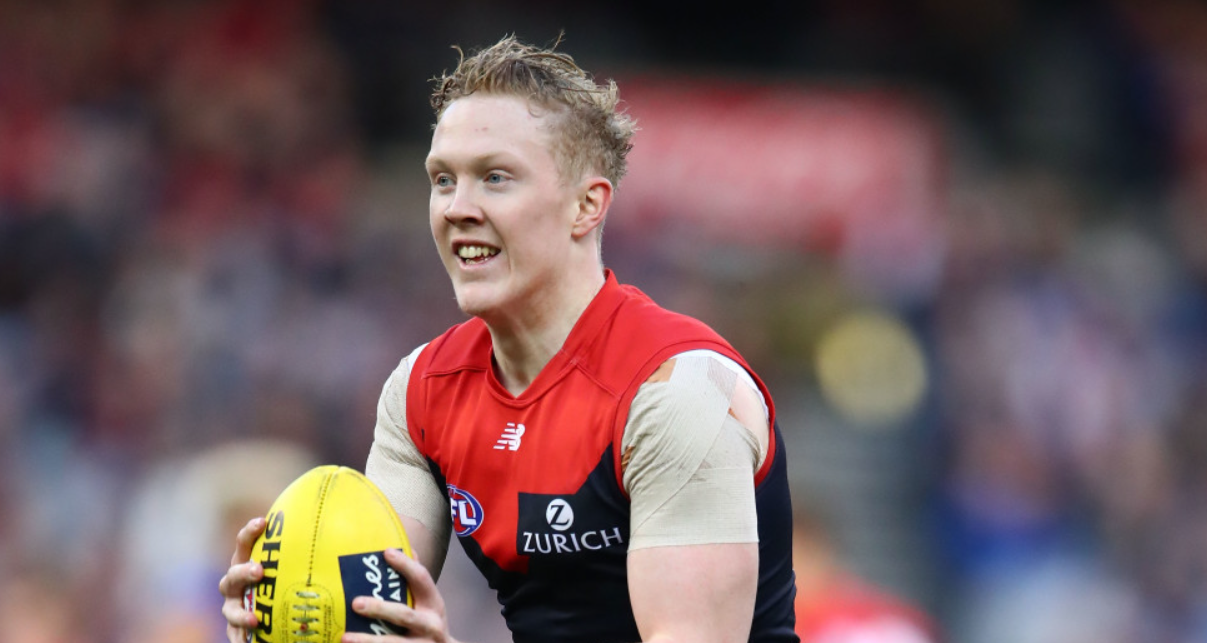 We get a bonus slate to close our for round 21 of the 2021 AFL Premiership Season with West Coast vs Melbourne being scheduled for Monday night! As always there are massive daily fantasy contests on offer: 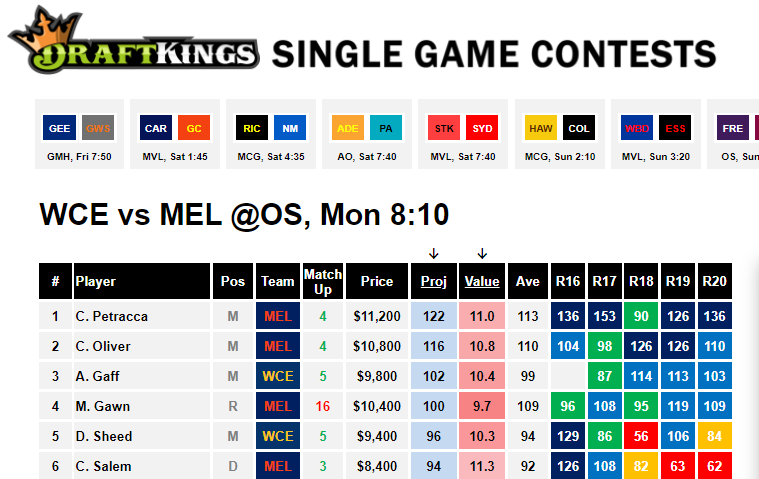 A signficiant amount of rain could be on the cards during the game with chances of a thunderstorm hitting during the afternoon. Monitor the conditions as the game gets closer and expect slippery and wet. Focus on more heavily on inside midifielders, players who tackle and less on the oustide players who rely on marks to score.

West Coast have given up the third most fantsaty point sin the league this season, but as you can see when isoalting the last five rounds that number has ballooned to the highest in the league. The Eagles are getting belted from pillar to post right now and have shown literlaly no resistance to the opposition team. On the flip side the Demons have been one of the toughest sides to score against all year, their ruck setup is one of the best in the business and their backline chokes the life out of the opposition setting up with an extra behind the ball. The only position where teams have done any damage is through the midfield, which is most likely due to their structure. Despite giving up points to the position the Demons are a monster at the contested ball.

The back line is the one area on the slate that stands out to tager with the Eagles giving up the second most points in the league to the position. When you isolate the top  three scoring defenders they conced 91 points per player, although these points may be down if the rains come.

Tom Sparrow (DS $5,000) was inject back into the midfield last week attending 50% of the centre bounces. This resulted in a 65 point return, which is huge value at his minimum price point. As we noted last week, even without the midfield rotations he is under-priced due to the fact being the sub has driven down his average. From his last five games he has averaged 57 fantasy points despite only playing over 70% game time on one occasion (last week).

I will let the weather conditions decide my fate on these two. Both make for great plays against the Eagles, however I love Neal-Bullen if it is wet but if it is dry enough to key forwards I love Tom McDonald. Neal-Bullen has always been a tackle machine, and in each of his last two games he has racked up over 7 tackles and posted back to back scores of 92 and 100 fantasy points.

Meanwhile, despite the Eagles having what has been a formidable looking back line these past few years, it has never been one to lock down on key forwards. Their zoning off system has often enabled the top forward to get loose and hit the score board, which bodes well for McDonald who is having a career season.

Clayton Oliver (DS $15,730) in the wet should absolutely monster this West Coast midfield. For years they have consistently been weak around the stoppage and in the contest. Over the past five weeks they have given up 114 points per player to the opponents top threes coring midfielders, and the wet conditions should suit Oliver more than any other player on the ground. 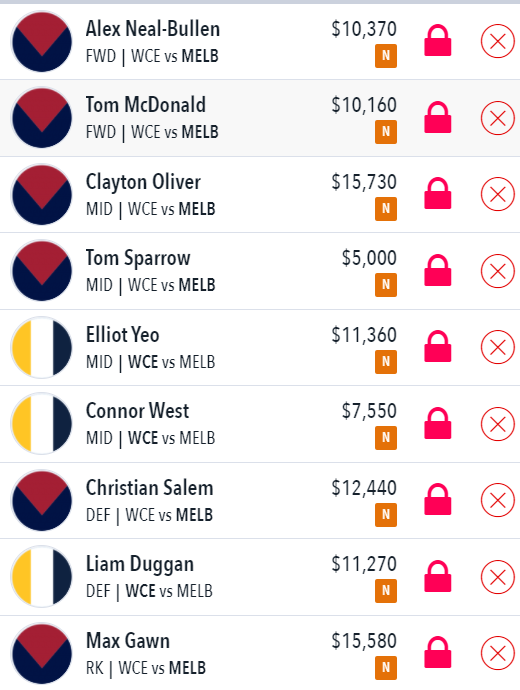