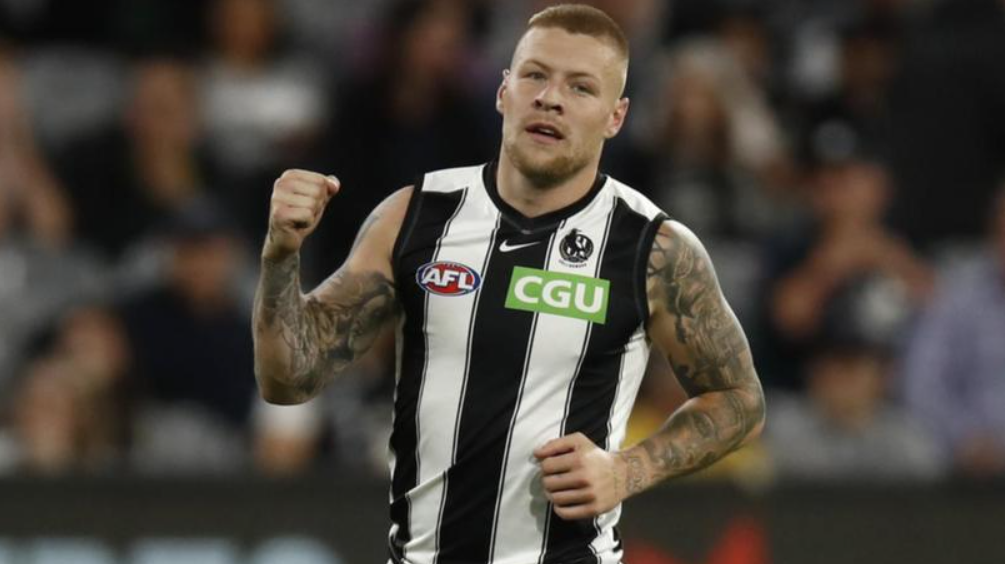 We have our usual fun 3 game Sunday slate for Round 21 of the 2021 AFL Premiership Season.  The major platform has us covered with a wide array of huge contests on offer:

Clear conditions in Melbourne and the roof will be on at Marvel Stadium. Out West conditions look a lot different as they are in the middle of a stretch of about 5 straight days of rain. Sunday is expecting up to 6mm with the game kicking off in the late afternoon. It may just avoid it but still expect the game to be slippery and suit the inside players over those who like it on the outside.

Fremantle have taken over the banner as the top team to target with defenders this season giving up 72 points per player. That said, given the expected conditions I prefer to look to targeting the Western Bulldogs who have given up the second most points to the position this year.

Hawthorn have been getting destroyed through the midfield this year, conceding the third most points in the league. Where things really stand out are for premium priced midfielders as when you isolate the top three scoring players the Hawks are giving up a massive 114 points per player, which is over 3 points per game higher than the second highest team. It is also worth considering targeting the Lions who over the past five weeks have given up the fourth most points to the midfielders.

Finlay Macrae (DS $5,250) has been given a huge boost in midfield opportunity these last two games attending between 50-70% of the centre bounce attendances. This has been refleceted in his fantasy scores knocking up back to back scores of 59 and 71, which are both over 10x his price point, which is yet to really move far from the minimum. As noted above the Hawks are one of the best teams in the league to target through the midfield, which makes Macrae a chalk value play on this slate.

Connor Blakely (DS $5,000) will come in to essentially start his first game of the season. As a result he is priced at the bare minimum, which is an absolute steal for his typical level of performance. His worst season ever was last year where he still managed to average over 50 points in shortened game time, and we have all seen the upside he has been able to demonstrate over the years (although that level of output is likely long gone given his current role). Even as the sub last week he came on and managed 65 fantasy points from just 57% game time.

Jordan Ridley (DS $11,180) will get the benefit of one of the top matchups in the league for his position against the Western Bulldogs who have given up the second most points to backs this year. But even better, he will get a boost from the fact that Dyson Heppell is out this round. This will result in Ridley picking up more kick ins and more of the uncontested play across half back. In the games without Heppell this season Ridley has averaged a massive 111 points.

Andrew Brayshaw (DS $16,450) is the new fantasy pig on the block, from his last 10 games he has posted just three games under 100 (all 92+) and demonstrated a ceiling in the 150+ range. On this slate he draws Brisbane at the friendly confines of Optus Stadium, and the Lions have been getting opened up by opposition midfields the past five weeks.

Jordan De Goey (DS $14,410), like Finlay Macrae, has benefited from the fact that Collingwood have rejigged their midfield rotations over the past month+. Getting a significant run through he midfield now (over 80% centre bounces the last two rounds) has resulted in De Goey posting just two games under 100 points from his last 8 games. Over the last 5 weeks he has averaged a massive 115 points per game and on this slate he draws Hawthorn who have given up the third most points to the position this year. 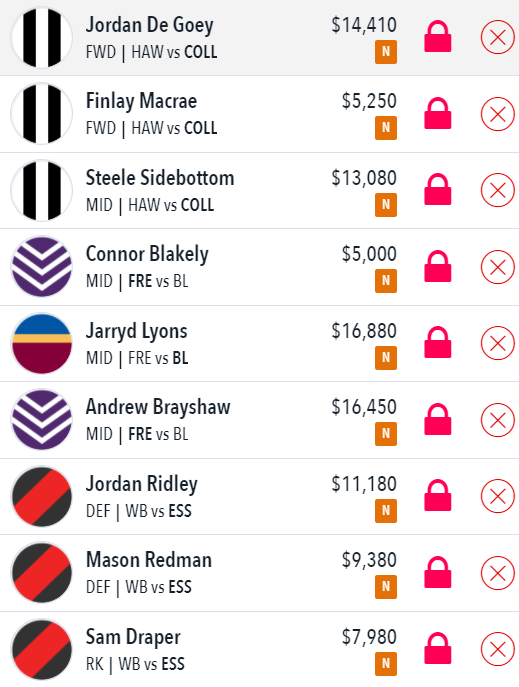