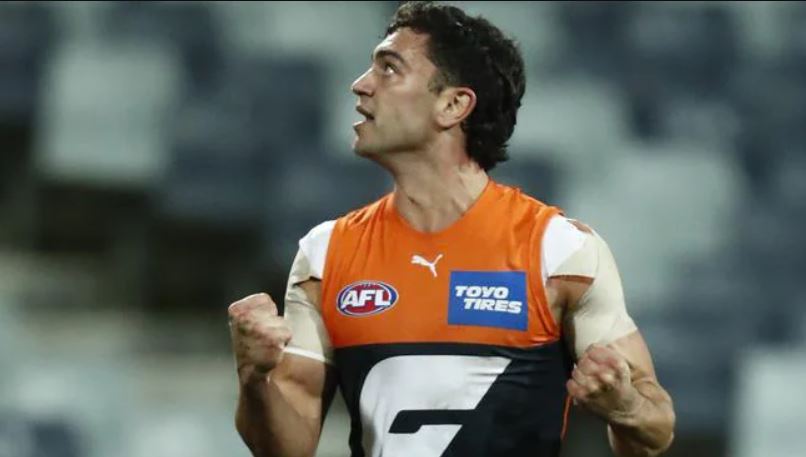 Friday night football is here for the second last round of the 2021 AFL Premiership Season! This week we see a matchup between the 2019 grand finalists as the GWS Giants host the Richmond Tigers at Marvel Stadium. Read that sentence again and tell me everything hasn’t changed since then. This time the two are in battle to scrape into the finals rather than to win it all. As always there are massive daily fantasy contests on offer:

Under the roof of Marvel Stadium there is no need to consider the weather. Let’s play some fantasy!

Richmond have been getting destroyed through the midfield this season as they concede the most fantasy points in the league to the position. This has gotten out of control during their most recent stretch giving up 92 points per player over the last 5 games.

The Giants continue to beaten in the ruck as they rotate Shane Mumford back into the lineup this week. They have given up 89 points per game to the oppositions number one ruck this year, which is the third most in the league. This number has been even higher over the last five games at 92 per game.

Lachie Ash (DS $8,830) hasn’t seen as much uncontested football since the return of Lachie Whitfield and Harry Perryman, however we have seen he brings a 100+ point upside, which is GPP winning return at this price point. Richmond gives up the top 5 most uncontested marks in the league this year and Ash will be a great value play to stack up with the high priced GWS midfielders.

Shai Bolton (DS $10,740) is one of the three most prominent players running through the midfield for the Tigers at this stage in the season. He is attending around 60-70% of their centre bounces and brings 100+ point upside at this mid-price point.

Toby Nankervis (DS $12,980) as noted above draws one of the top matchups in the league for his position in this matchup. Based upon season averages both players return approximately the same return, however Nankervis should draw the edge here given the positive matchup. He has shown 100 point upside this season, with a floor of approximately 80 points over the past six rounds.

Tim Taranto (DS $15,690) moved back into the midfield last week attending 76% of their centre bounces. This resulted in a 132 fantasy point performance and given the teams line-up there is no indication this role should change this week. The matchup improves significantly with the Tigers giving up the most points in the league to the position (as noted above). 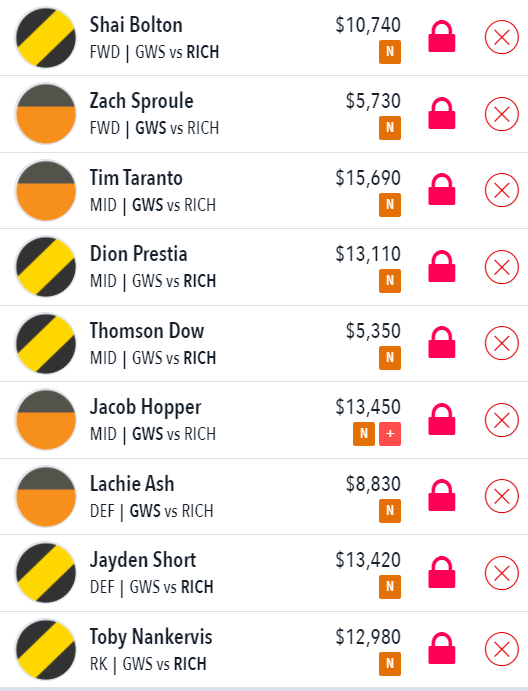