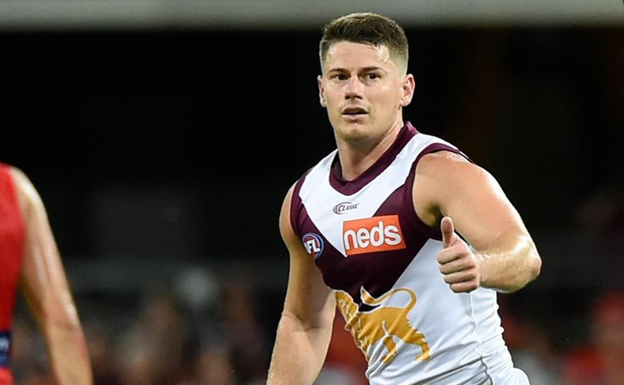 Our last Super Saturday of the season before we start seeing reduced slates for finals football. Lets dig in and savour a 5 game slate for the final time in 2021. As always there are massive daily fantasy contests on offer, so pick your poison:

It is an all Victorian affair this Saturday (with a Brisbane match) and the conditions for football are absolutely perfect. Let’s play some football!

Richmond have given up the most points in the league to midfielders this season, with this number ballooning late in the year as they effectively started looking towards the players trip around 5 weeks ago. This week will likely be even worse as they dropped most of their remaining senior players who were getting a game. The Hawks on the other hand have been finishing the season with a bang and should take advantage of this matchup and look for a big win to close out an otherwise disappointing year.

Carlton give up the most points in the league to forwards this season. GWS will have all the incentive to play in this game and therefore Giants forwards would make a nice alternative to the Brisbane forward stacks on this slate.

Connor Nash (DS $6,980) let every man and his dog down last week as he came crashing back to earth with a 33 point performance. Now is not the time to sack him from the player pool, however. He still got opportunities through the midfield (29% CBAs) and he showed in the two games before that he has capability in the role to return a huge amount of value at this price point. Last week’s game will see ownership drop off, so we now have a chance to spike a 90+ point game on a player just under $7k with slim ownership. Let’s go!

Jack Ross (DS $6,860) / Riley Collier-Dawkins (DS $7,910)… the Tigers have essentially dropped half the side and brought in the VFL squad for this matchup. That does two things, opens up the opportunity for Hawthorn stacks, and opens up Richmond value as essentially all the midfield time will be available for value players. Collier-Dawkins should be locked into a high number of centre bounces, while Ross has shown all season in the VFL he is capable of big fantasy scores. There is no problem running with Matthew Parker or Thomson Dow either.

Tom De Koning (DS $8,870) / Kieran Briggs (DS $8,630) … there are loads of ruck value options on this slate as well. In addition to these two, Maboir Chol and Callum Coleman-Jones are also in play. But De Koning and Briggs have the advantage of being locked in as the number one ruck and will get the most opportunity. Neither player should pose a significant roadblock to the other and as a result I will be looking to take advantage of their dual positions and rostering both players in the same lineups.

Joe Daniher (DS $10,490) will be my go to Lions forward in this matchup. Brisbane are 38 point favourites and to be honest that number feels very light given the team that West Coast has sent over, their recent form and the fact that the Lions need to win big to secure their top 4 position. Despite having an elite defense in recent years, the Eagles zoning style has meant they have consistently had trouble with key forwards and I fully expect Daniher to dine out on this matchup.

Clayton Oliver (DS $14,420) should be a unique play on this slate as most players will gravitate to the expected blowouts, while this is one of the few games between two teams with something to play for. That said, Oliver’s price has dipped nicely into the $14k mark and his game style is suited perfectly to the thin dimensions of GMHBA stadium. He averages 133 points per game on the ground (2 game sample size).

Dayne Zorko (DS $16,740)… feel free to list all Brisbane Lions midfielders here. Lyons, Zorko, Neale, McCluggage should all have big nights. My number one selection is Zorko given his price is a lower than Lyons and also brings a game style that is suited to feasting on a dead carcass, which I fully expect this game to resemble. He will get forward and should get on the end of a couple of goals, while still getting his usual opportunities through the midfield (approx. 50% CBAs). 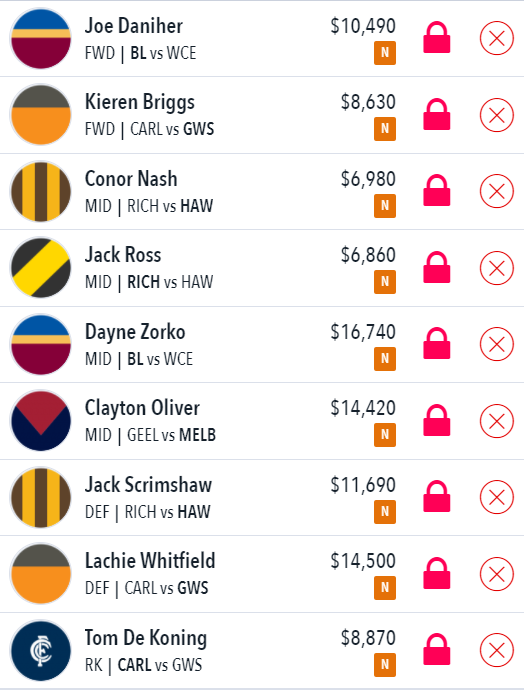