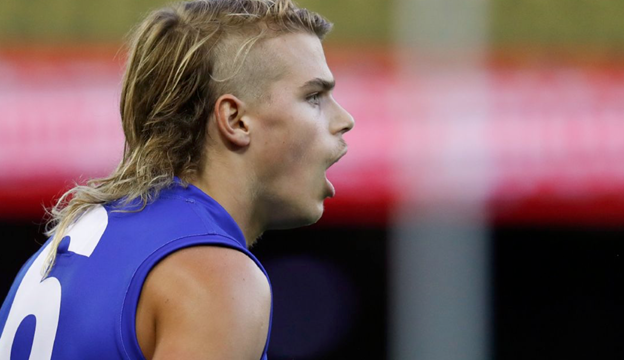 Good Friday football brings us a rare multi game Friday slate with 2 games of football to enjoy and attack in daily fantasy. The major platforms have us covered with a variety of massive contests to choose from:

With the Melbourne game at Marvel there are no weather concerns as the roof can always be shut. Adelaide looks to be an absolute corker. The game is a night contest, which means the temperature should come down, however there will certainly be no risk of wet weather.

The way Gold Coast have structured up this season and set up their play has led to conceding significant fantasy scores to defenders. Through two games they have given up the most points to the back position in the league at 79 points per player.

There is no surprise to see North Melbourne giving up the second most points in the league to midfielders through two games this year. Averaging 87 points per player and increasing to 109 per player when you isolate the top three scorers, you will not find a more obvious target all year than the Western Bulldogs midfield who accumulate the most football in the league.

Not only have North Melbourne giving up the most points in the league to forwards through two games this season, they are projected to lose by over 40 points this week. Don’t overthink it, stack Bulldogs forwards.

Aaron Naughton (DS $8,790 DK $4,600) has had a massive start to the season, as he starts to demonstrate the potential that has been flashed around for years. Last week was arguably one of the biggest games of his career to date, in a massive clash against a renowned back line he managed 91 fantasy points kicking 3 goals 2, including crucial scores late in the game. This week should see things much easier for him as the Bulldogs take on a sure-fire bottom two side and are expected to win by over 40 points. Given his price point, Naughton will be a lock in my Bulldogs stacks.

Jaidyn Stephenson (DS $8,660 DK $5,500) does not have the best matchup this week as we already noted, as the Bulldogs will likely dominate the ball in this matchup. That said, it is impossible to pass up on a player who showed a 120+ point ceiling in round 1 at this price. Last week could shake out a portion of the ownership and he is still spending plenty of time through the middle on the wing (although his centre bounces dropped to just 18%). The risk reward is certainly in favour of this play.

Adam Treloar (DS $12,280 DK $6,000) is a chance I am willing to take again this round. Treloar attended every single centre bounce in the fourth quarter last week, which were pretty much his first for the game. Bevo has been in the media raving about the performance Treloar put in during the quarter so I think we can see these numbers lift significantly across the entire game this week. We all know the upside Treloar can bring, and he should start finding his place in the Bulldogs side now. This is close to the best matchup in the league and there is no way I won’t have exposure to Treloar in my Bulldogs stacks.

Todd Goldstein (DS $12,520 DK $6,500) Rucks are ugly on this slate and I don’t love playing back against the Bulldogs like this. However, even with Stefan Martin in the Bulldogs have still been giving up the 5th most points in the league to number one rucks this season. Goldstein has the top matchup on the slate and keeps on ticking over averaging 80 fantasy points through the first two games of the year.

Bailey Smith (DS $13,620 DK $6,600) has been absolutely firing on the wing this season. His first game was a masterclass for 131 points, and last week against the Eagles he was on track for a similar score before slowing significantly in the fourth when the game was at its hottest. There will be no such chance of that this week with the Bulldogs expected to win by a wide margin. I am predicting a four quarter fill up from Smith, unlike some of the Bulldogs more well-established midfielders, I don’t expect him to slow down during garbage time. Lock and load at this price point.

Jack Macrae (DS $15,580 DK $8,200) has been putting up 150 points performances in games like this for as long as I can remember. He racks up fantasy points in his sleep, and in a game that will likely end with a lot of bruise free play I prefer him over Bontempelli from a fantasy perspective. Averaging 124 points per game through the first two matches of the season, that almost feels like his floor in this contest. 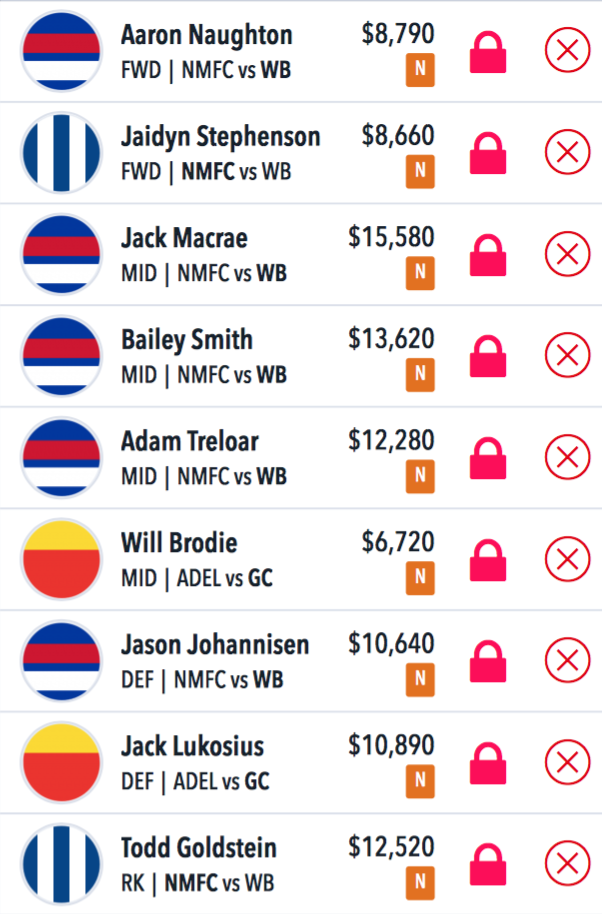 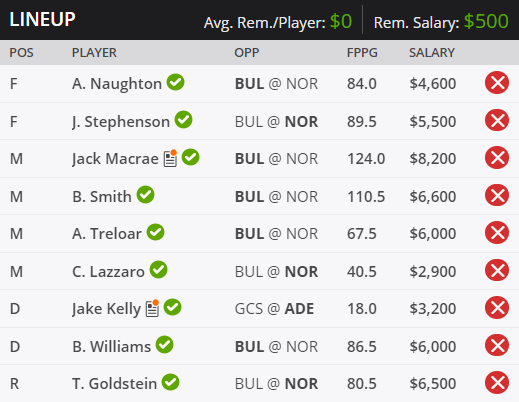