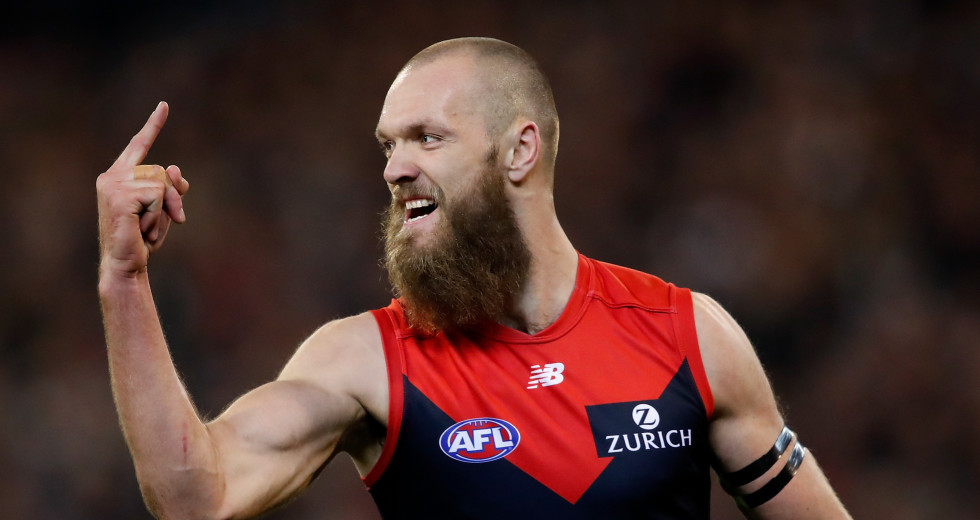 Easter Sunday gives us our second 2 game slate of the weekend.  The major platforms have us covered with a wide array of huge contests on offer:

Marvel has the roof if needed and Canberra looks perfect for football. Let’s play ball!

Nothing stands out massively on this slate, however attacking GWS or Carlton through the midfield has proved to be fruitful with both sides conceding the top five most points to the position through two rounds.

Alex Neal-Bullen (DS $8,840, DK $4,400) has always had a high ceiling fantasy game if he is given the right opportunity. The high-risk high reward factor means we could also end up with a 30 point floor game that blows up your entire side. As we already saw this season, in round one he posted 55, and then in round two came back with a 91 point game. The key difference between these games was that he was given more time up around the ball in the second game. If this continues there is a chance for higher scoring performances.

Michael Frederick (DS $6,830, DK $3,400) has not seen a huge price increase after a solid 76 point game to kick off his season last week. Spending plenty of time rotating through the wings, Frederick picked up right where he left off during the preseason game, showing his capability to return value at this price point. This game is away from home, however Fremantle have played Marvel quite well against the Blues and the pace of the ground should suit Frederick’s game style.

Zac Williams (DS $12,200, DK $5,600) I will be backing the truck up over this play given the principles around the selection remained true. Williams played a significant amount of time through the midfield (61% of centre bounces) and should be better for the run given it is a new club and new surroundings. As I noted last week, Williams shone when playing as a midfelder for GWS. He demonstrated the high ceiling he has in such a role and at this price point it makes for a great GPP play (assuming his poor game one will shred some of the ownership).

Tim Tarnato (DS $13,090, DK $6,900) has been spending more time forward this season, which is primarily the reason we are given this lower price point. That said, he still attended over 50% of the centre bounces last week and managed 86 fantasy points in a big loss. Taranto and the entire Giants side should be much more comfortable up at Manuka, which has historically been a high fantasy scoring ground.

Andrew Brayshaw (DS $13,880, DK $8,000) looks to quite simply be under-priced on Draftstars this week. After posting 105 and 127 in his first two games he has seen a dip in his price point, which just baffles the mind (to be honest it looks like the formula is a bit off on all Fremantle players… Blake Acres cough cough). Brayshaw has turned himself into an absolute fantasy pig, which was starting to become evident to close out last year. He led the side for centre bounce attendances last week (as Fyfe played pretty much exclusively forward) and as noted above it is a positive matchup with Carlton giving up the 5th most points to the midfield position this season.

Max Gawn (DS $16,470, DK $8,300) had his mojo back last week. With a matchup against a youngster in his first season he dominated all over the ground to the tune of 108 fantasy points. This round he plays a mature aged ruckman who is also in his first season of playing actual AFL games. I expect Gawn to continue on with the form he found last week and likely end up in the 120+ point range. 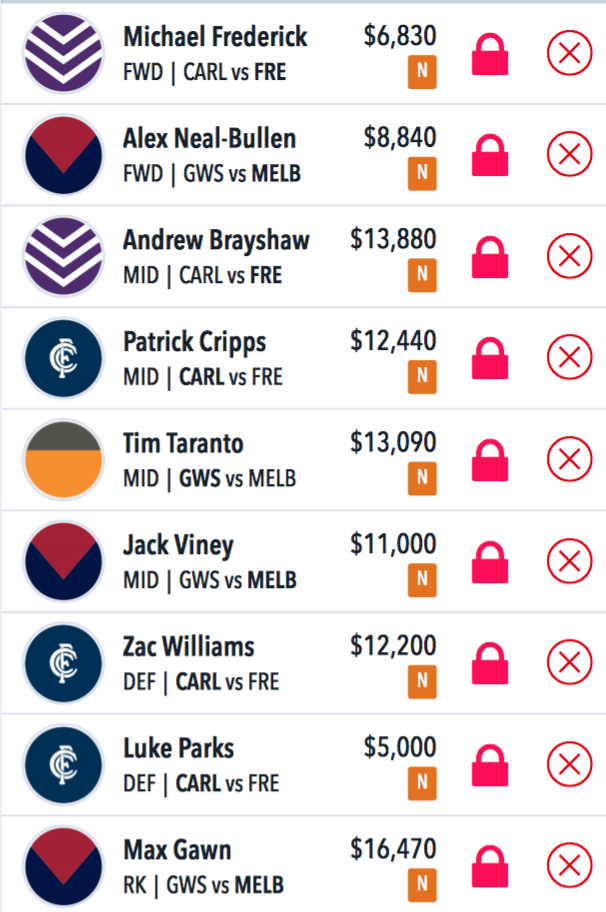