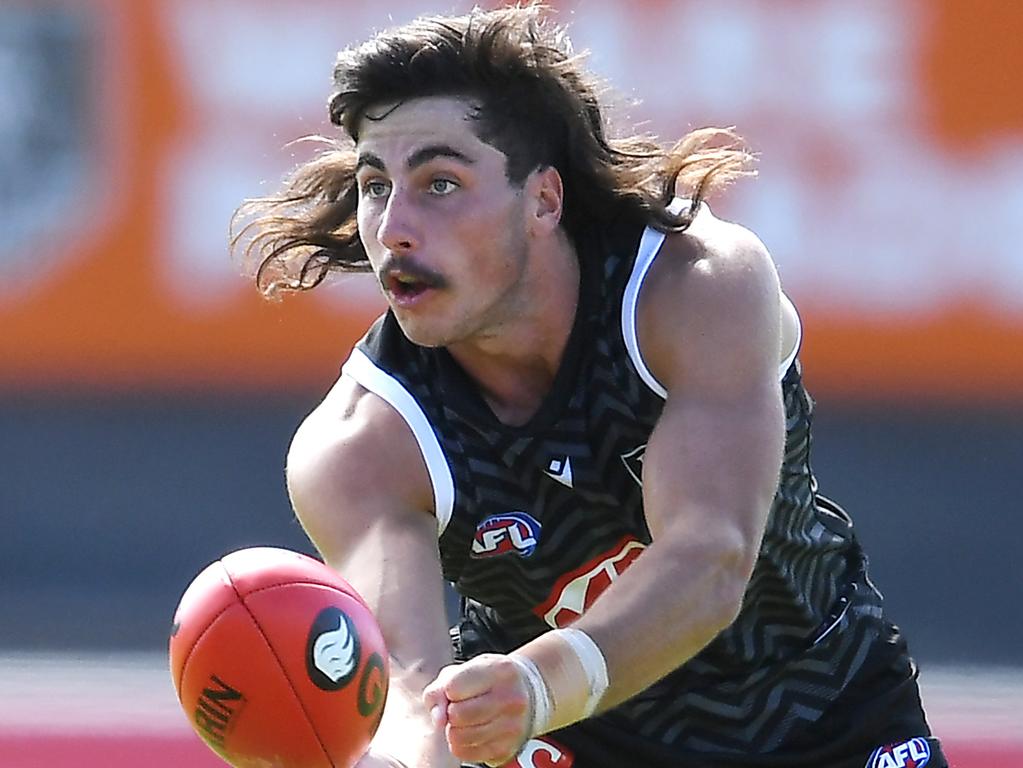 Friday night football brings us a blockbuster matchup between two of the flag favourites this season in Port Adelaide and Richmond! Both sides are fresh off humbling losses last week, which means they will come out breathing fire this week in seek of a win that will be key in the 2021 AFL Premiership season. The major platforms have us covered with massive daily fantasy contests: 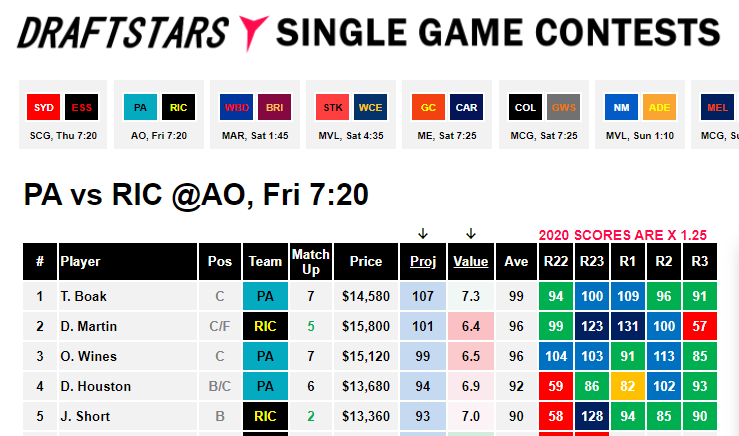 Slight chance of rain in the early morning, however come nighttime conditions should be cherry ripe for a ripping game of football.

One of the most consistent plays in recent years has been defenders against the Tigers, and this has not changed this season. This is particularly true for premium backs, with the Tigers giving up the second most points to the top three scorers at the position (93 points per player). This matchup will force our hand on a decision, however, with Port Adelaide giving up the second most points to backs so far this year.

Despite two huge wins to kick off the season, Port Adelaide have reversed their trend from last year of being a tough team to score fantasy points against. Through three weeks this season they have conceded the 5th most points in the league to midfielders at 86 points per player.

Ryan Burton (DS $8,420 DK $4,800) has had a solid, yet unspectacular, start to the season posting two scores of 70+ fantasy points from three contests. This round he draws an elite matchup for backs and I will be looking to pair up Power Backman together, starting with Burton as a solid value play. Burton has displayed a high ceiling for this price point, with two 100+ scores in 2019.

Lachlan Jones (DS $5,000 DK $3,000) is on debut, coming in with huge wraps. He should be right at home at AFL level as he is a big bodied player who has significant experience at the SANFL level already. A combination of a great intercept marker as well as a penetrating kick, he’ll have several scoring avenues at this level in a position that typically suits a fantasy style.

Scott Lycett (DS $12,580 DK $9,600) will be sole rucking in this matchup after Peter Ladhams was dropped. Before this role boost at the selection table, Lycett was already having a strong fantasy season averaging 87 points per game through three matches. In a head-to-head decision against Toby Nankervis he falls over the line for talent and also draws what has historically been an elite matchup for rucks as Nankervis has consistently been in the leaders for points conceded to the position in recent years.

Jack Graham (DS $10,380 DK $6,200)/ Shane Edwards (DS $11,800 DK $8,200) I like these two midfielders as the beneficiaries to the Dion Prestia injury. Last week we saw Shane Edwards go into the centre more attending 77% of the centre bounces, while Jack Graham also saw a modest increase attending 47%. It is an elite matchup for both players as we noted above, with Port Adelaide giving up the 5th most points in the league to the position so far this season. If you are choosing between the two, Jack Graham has the biggest ceiling (as shown by his Round One 115 point performance when Trent Cotchin was out), while Edwards has a safer floor and is more consistent (two straight games over 80 fantasy points). 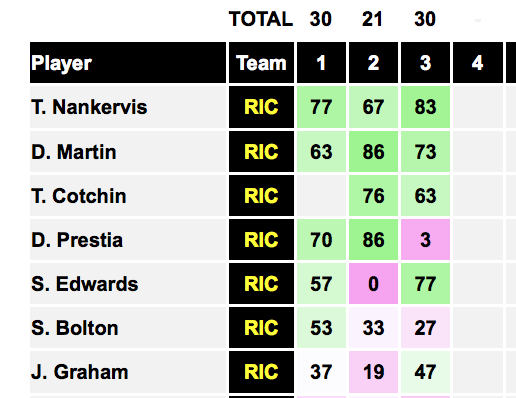 Dustin Martin (DS $15,800 DK $10,400) I see as a huge bounce back opportunity. As noted in the previous section the Power is a positive matchup for midfielder, where Dusty is spending a significant portion of time. He is also fresh off a very poor outing against the Sydney Swans posting just 57 fantasy points (while receiving plenty of attention from George Hewitt). This week he will not likely face a tag and will be fired up to redeem his performance last week. 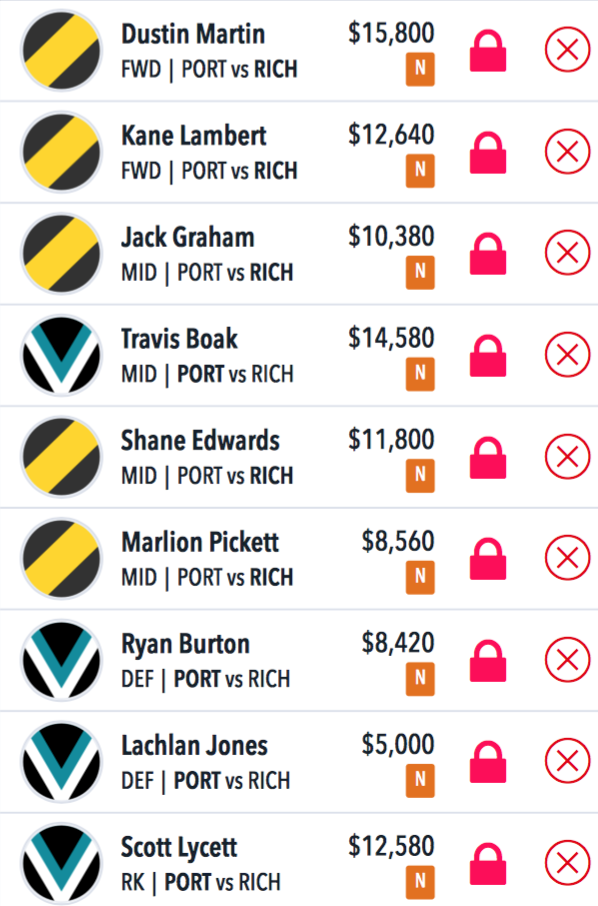