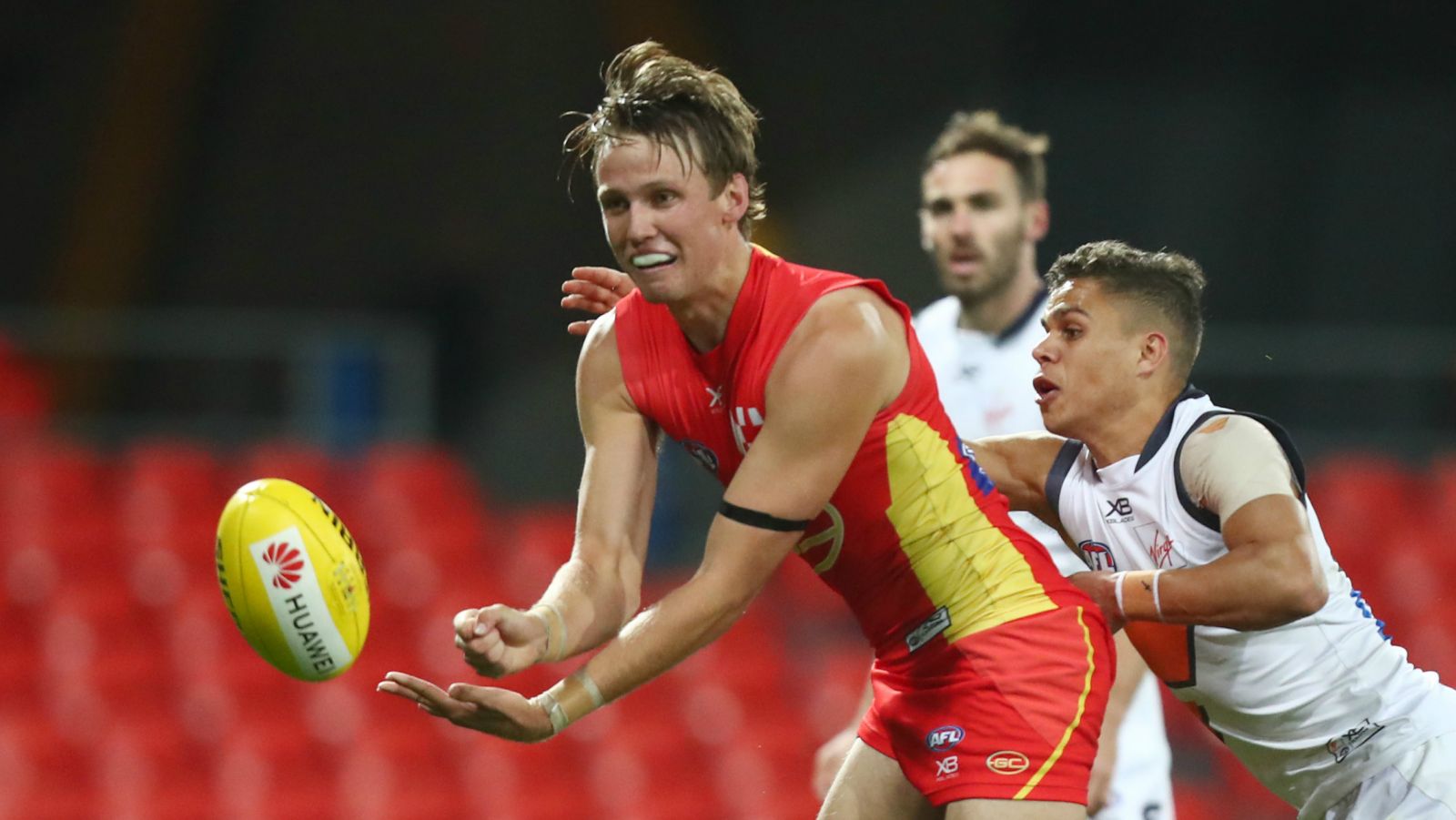 We return to our regular programming this week with a typical Super Saturday slate featuring four big games. The major platforms have us covered with a wide array of huge contests on offer:

Ballarat is the only location that is at risk of having weather significantly impact the game. It is only a forecast of up to 5 mm of rain, however there is also possible hail that isn’t every football player's cup of tea. It is expected to come at night, which means the game might be well and truly over before it starts. Keep an eye on the forecast up until the first bounce.

Collingwood have continued on trends in past years by conceding points to backs in 2021. Through three games they have given up the most points to the position at 75 points per player, and this balloons to 96 per game when you isolate the top 3 scorers.

The midfield hasn't been much better for the Magpies this season, giving up a massive 10.5 points per player more than league average through three games. By the data coinciding GWS midfielders sounds like a positive play, however it is worth remembering that the Giants have been struggling significantly this year and the coaching staff have messed around with the role significantly (not to mention Collingwood are almost 5 goal favourites). Another option in the midfield would be attacking St Kilda who have given up 89 points per player.

Caleb Graham (DS $6,280 DK $3,000) / Chris Burgess (DS $7,210 DK $4,000) These two will likely share the bulk of the Suns ruck duties for the upcoming game against the Blues. Gold Coast have lost practically every ruckman on their list and as we saw last week with Burgess posting a 77 point game, being exposed to the ruck position opens up a number of scoring opportunities. I like both players as value plays, but if pushed I expect Chris Burgess to take the majority of the ruck duties.

Deven Robertson (DS $8,830 DK $5,200) played his first game for the season and just his second career game last week and looked right at home at AFL level. He exploded with a 93-point performance playing on both the wing and inside (attending just under 30% of the Lions centre bounces). His price has bumped up, but for this level of performance he is still appropriately priced to be able to return GPP winning value. He is a very capable tackler, which will be a benefit if the rain sets in during the game.

Jack Lukosius (DS $11,460 DK $5,500) makes for a perfect high upside play at this price range given his role in the Suns side that has displayed a high desire to build up their attack across half back this season. The Suns have the second most uncontested possessions in the league this season and given his skills by foot Lukosious is often the man they look for to get the ball to coming out of the half back line. I will be looking to link him up with other Suns for correlation purposes.

Lachie Neale (DS $13,590 DK $6,300) was let off the leash finally in Round 3 as Collingwood decided not to apply a tag and he posted 103 fantasy points from just 21 disposals. This week they face the Western Bulldogs who will back in their midfield to win the battle, which means Neale will have every opportunity to win his own ball and post a 100+ score at a discounted price compared to where he has been set in recent years.

Patrick Cripps (DS $13,630 DK $6,300) showed he still has a ceiling posting 125 points last week while attending 86% of the centre bounces (most of any Blue). This week they matchup against Gold Coast who have given up the 6th most points to the top three scoring midfielders this season at 105 points per player. His current price point is perfect for a strong value return in GPPs.

Brody Grundy (DS $15,270 DK $8,300) is back in peak form posting 119 points per game through the first three rounds of the season. This week could see him top his round 3 score of 152 as he draws a matchup against a literal mummified ruckman in Shane Mumford. Last year Mumford was one of, if not the best ruckman, to attack in the league. Grundy will do whatever he wants around the ground and to make this even better Collingwood are favoured by almost 5 goals. 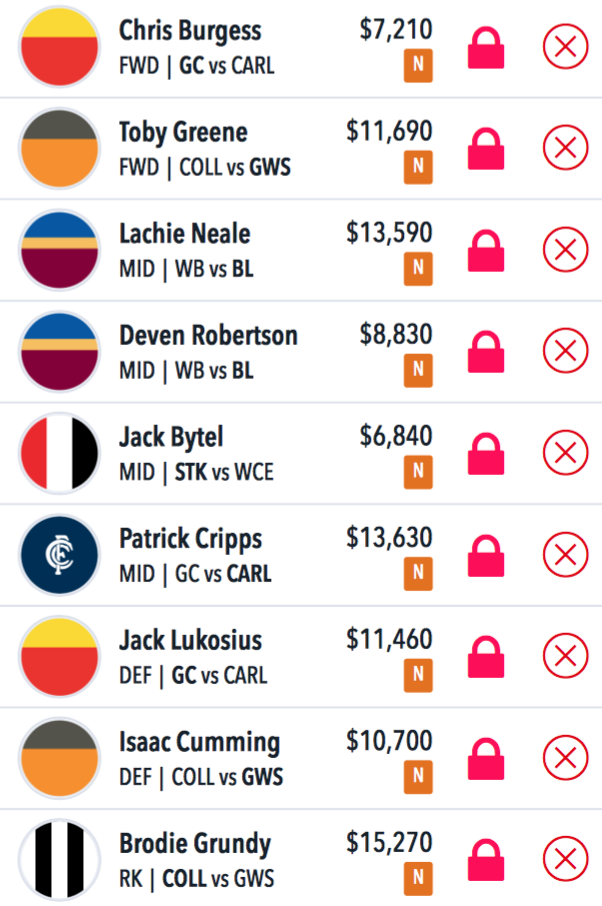 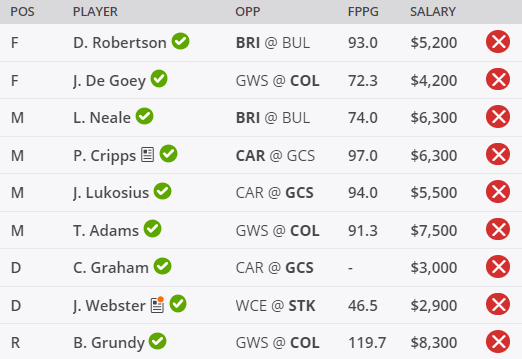