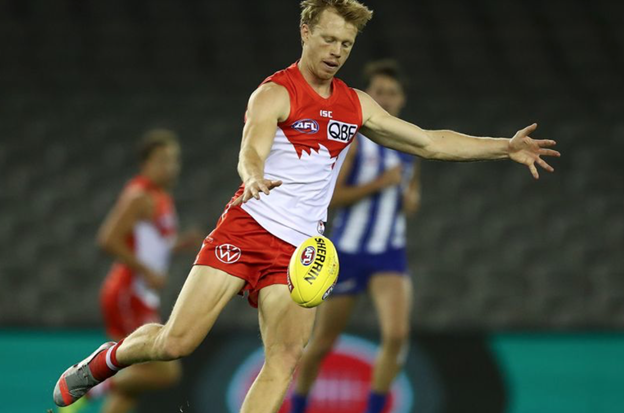 Thursday night football is here already after a quick two day break from the mega Easter round. Round 4 gets underway with Sydney taking on Essendon at the SCG and the major platforms have us covered with massive daily fantasy contests: 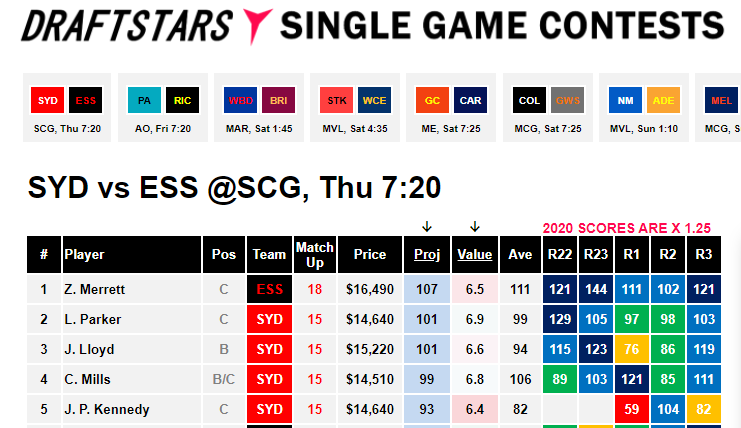 We can expect a slight chance of rain at game time tomorrow night, however it is unlikely to be enough to have a major impact on the game. Monitor the situation right up to the first bounce and if it is looking quite wet focus on inside players and ruckmen.

The first two rounds of the year were bottom of the barrel for Essendon and it was reflected in their fantasy scores. Round 3 was a totally different team as they took apart St Kilda, however they have still given up the second most fantasy points in the league so far this season. The Swans are at the total opposite end of the spectrum, conceding the fewest fantasy points. All signs point to Sydney stacks, however we all thought the same about St Kilda last week.

Forward has been the best position to attack Essendon at so far this year, giving up the second most points in the league at 74 per player. The narrative should remain consistent for this game with the Swans 28-point favourites.

Chad Warner (DS $8,290 DK $5,200) is just too cheap given his current role in the side and the form he is in. The last two games he has been in over 50% of the Centre bounces for Sydney and with a prominent role through the midfield has posted scores of 81 in Round 2 and 100 in Round 3. He will be the chalk play of the slate and is a lock and load in this matchup for me. 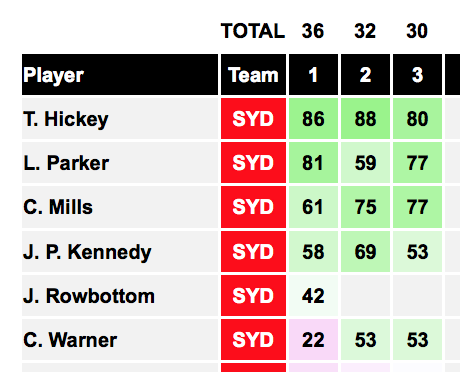 Peter Wright (DS $7,220 DK $4,000) took over sole ruck duties last week for the Bombers as we forecast and returned around 10x his value with a score of 76 fantasy points. His price has not changed this week, which makes him too hard to pass up as a value play again. Tom Hickey has been doing a solid job in the Ruck for the Swans and hasn’t historically been the best matchup to score against, however the price is just too cheap on Wright. I love the play of dual rucks, using Wright’s dual position eligibility, especially if there is rain.

Jordan Ridley (DS $12,990 DK $9,400) hasn’t had the price bump he deserves given he is averaging the second most points on the entire slate at over 107 per game. As mentioned above the Swans have been tough to put up fantasy points against through the early stages of this season, however I love the game script of stacking Bombers backs with the expectation the Swans win comfortably the ball is trapped down there consistently.

Darcy Parish (DS $12,030 DK $7,200) is the big winner of the injuries to Dylan Shiel and Jye Caldwell. Last week he saw his midfield time increase dramatically, attending 71% of the Bombers Centre bounces. As we have seen in past years, when Parish goes into the midfield he can score fantasy points at ease and last week was no different posting a season high 117 points. 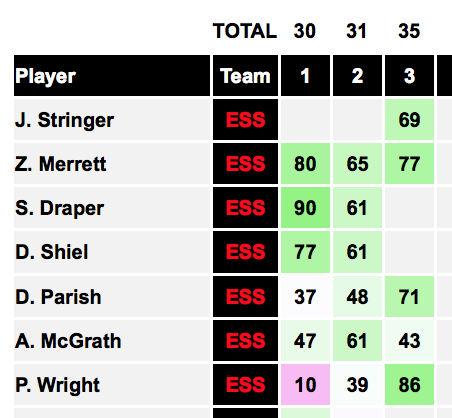 Callum Mills (DS $14,510 DK $9,800) has taken the opportunity as a midfielder by storm this season averaging 105 fantasy points through three games, including 2 games of 111+. As noted above he has attended 75+% of the teams Centre bounces in the last two games and he should excel in this game against the Bombers who give up the second most fantasy points in the league, the most disposals and second most contested possessions. 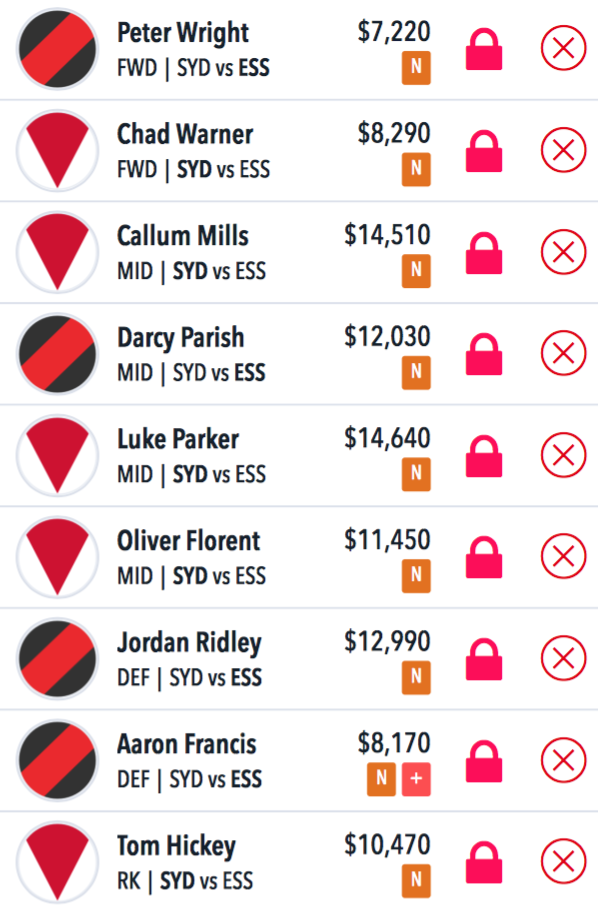 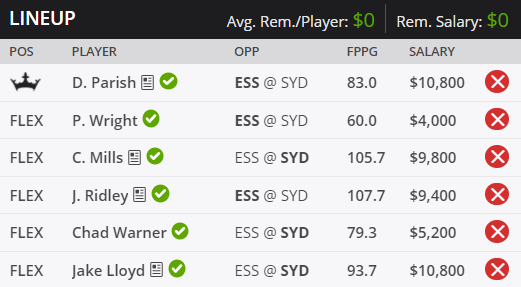