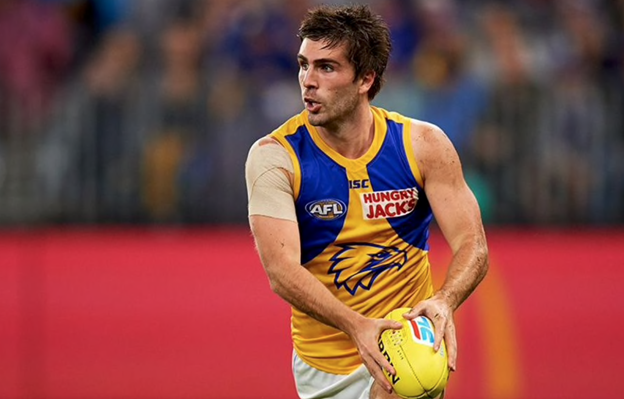 Friday night football for Round 5 of the 2021 AFL Premiership Season is here with two of the biggest clubs in the league going head to head in the West Coast Eagles and Collingwood. The major platforms have us covered with massive daily fantasy contests: 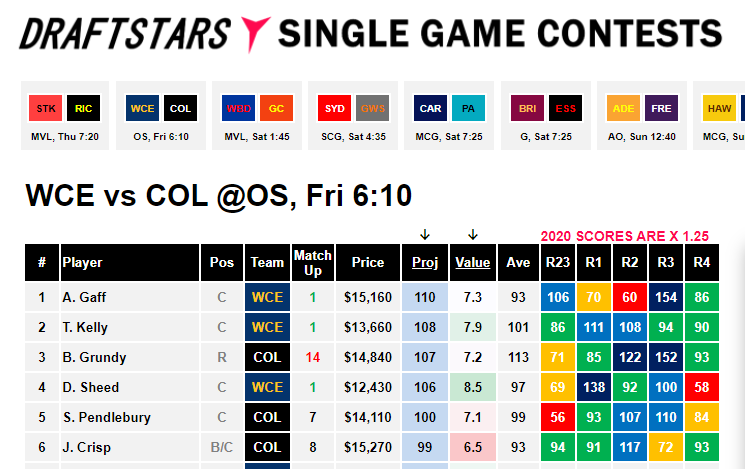 This is a perfect storm of a team who loves to work the ball around in the backline in West Coast (lead the league in uncontested marks) against the team that has given up the most points to defenders this season.

Collingwood have also been getting killed through the midfield this season, conceding a massive 90 points per player to the position. They are giving up the most disposals in the league overall, getting crushed in contested positions and giving up the most uncontested possessions and second most uncontested marks. Interestingly enough the Eagles are not that far behind in these indicators, however with the game out West and the Eagles 20 point favorites, West Coast stacks look the obvious play.

Xavier O’Neill (DS $6,870 DK $3,200) comes back in to help provide support through the midfield, an area that West Coast were severely beaten in last week by St Kilda. The two obvious value plays are O’Neill or the first gamer in Finlay Macrae. I think you can pick up the more experienced O’Neill at lower ownership in a team that will likely win the disposal and uncontested statistics on the night.

Dom Sheed (DS $12,430 DK $8,200) is coming off a poor performance against the Saints, but is coming home where he always plays better (career average of 89 points per game in Perth). His style of play should suit the fact that the Magpies who as we noted above are giving up significant points to midfielders particularly through uncontested marks and possessions. Furthermore, he is unlikely to draw any attention (WARNING - this will likely go to Tim Kelly).

Alex Witherden (DS $12,490 DK $7,200) comes in to replace Shannon Hurn. This Witherden’s debut for West Coast and it has been long awaited for fantasy players. Witherden has already proven throughout his career to be a ball magnet across half back and this style from a fantasy perspective will be well suited to the Eagles game play. It was noted during the week by Adam Simpson that Witherden will be taking a portion of the kick ins with Hurn out of the lineup (which should be a big sigh of relief for Eagles fans who watched McGovern pick out every Saint in sight last week). In a game where their opponent has given up the most points in the league to premium backs this year, Alex should hit the ground with a bang in this game.

Andrew Gaff (DS $15,160 DK $9,600) is yet another of the Eagles players that will revel in the fact that their opponent allows the most uncontested possessions in the league. Gaff has had a poor start to the season, but still showed his fantasy ceiling in Round 3 against the Power where he exploded for 154 points. I think we will be in for something similar in this game, especially if the Eagles get hold of the Magpies like they are expected to (20 point favourites, which feels a bit light on the potential result). Lock and load.

Brody Grundy (DS $14,840 DK $10,400) has been on fire to start the season, although he did dip under the 100 point mark last week. That said, if there is one player I avoid playing Grundy against at all costs it is Nic Naitanui (DS $12,930 DK $8,400). In their lost two meetings Naitanui has absolutely destroyed Grundy, holding him to back-to-back games in the 60s.

Now Naitanui has not exactly set the world on fire from a fantasy perspective in these matchups and he is priced well enough at $12,930. So, the sneaky play will be to avoid both and go with Oscar Allen (DS $9,870 DK $4,800), who has shown similar upside than Naitanui this season and assuming the Eagles win comfortably could kick a bag (as he will draw the worst Magpies defenders). 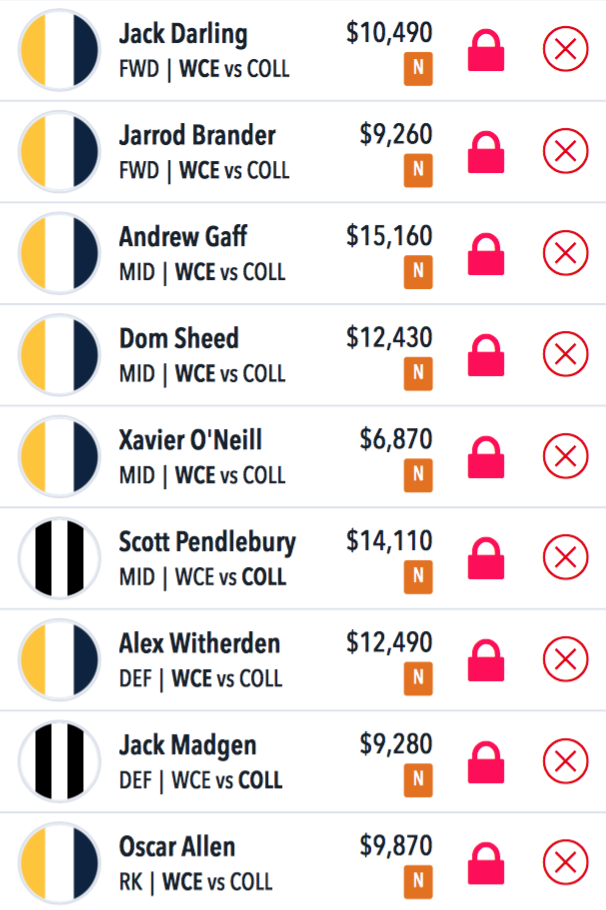 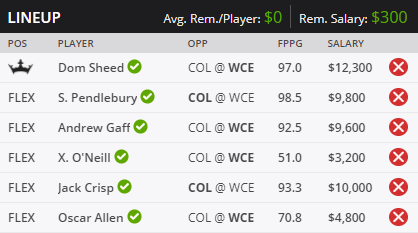