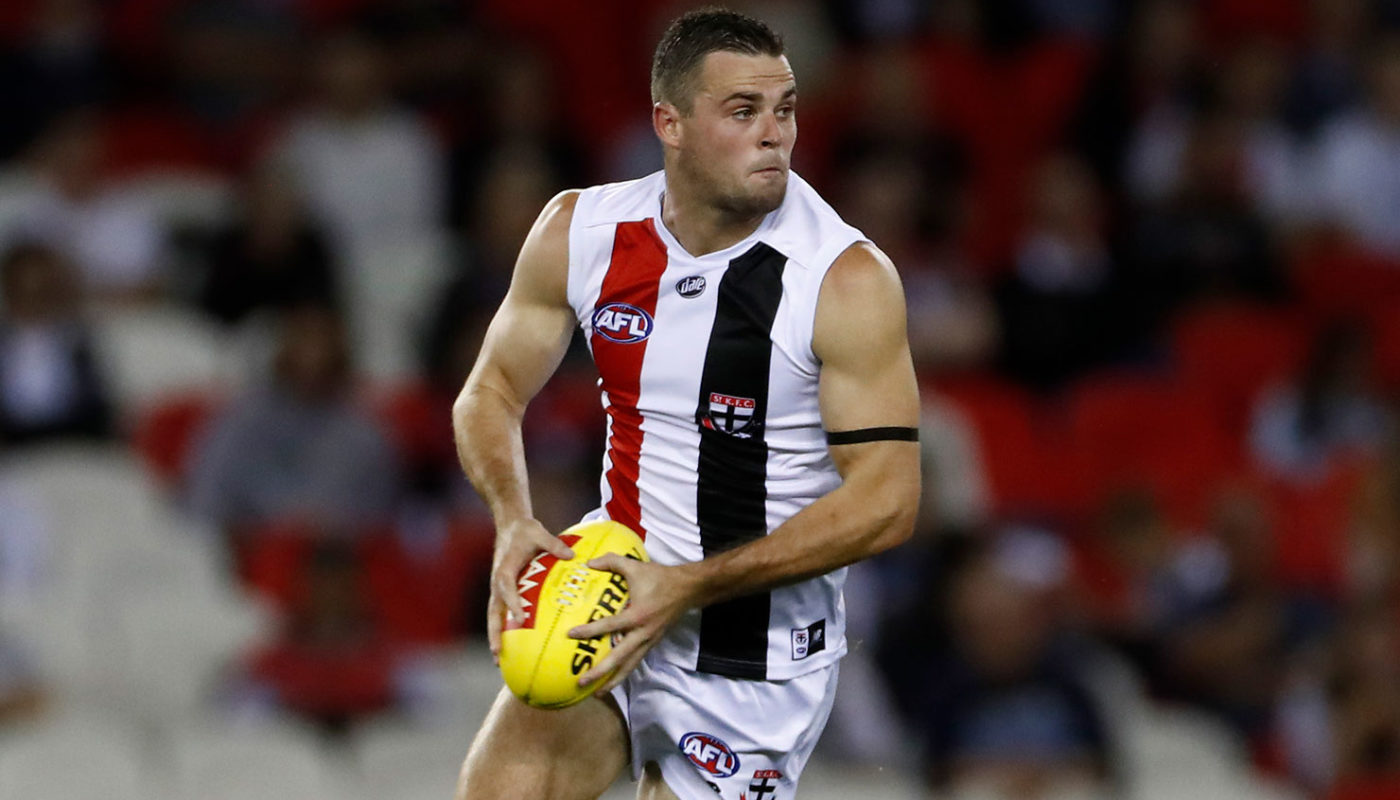 We get Round 5 of the 2021 AFL Premiership Season underway this Thursday night with a rematch of last year's semi final between St Kilda and Richmond. The defending premiers are coming off back-to-back losses, while St Kilda are fresh off a season turning win. The major platforms have us covered with massive daily fantasy contests: 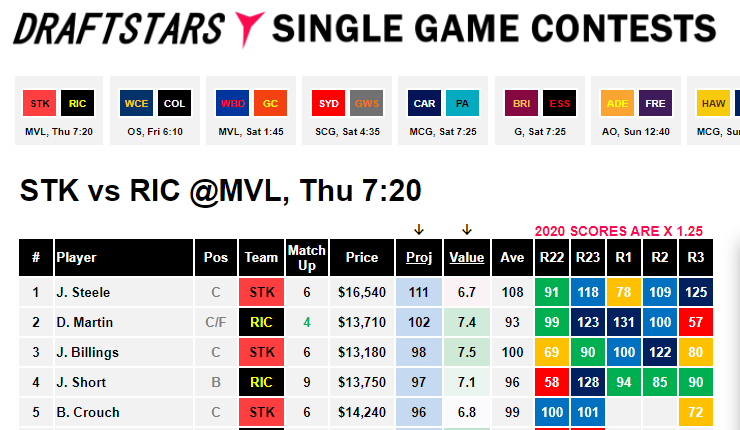 Richmond have continued their trend this season of conceding points to defenders, giving up 71 points per player (the fourth highest mark in the league). They key here to note is that they give up the most points in the league to the bottom three scorers, which means value priced St Kilda defenders should have a safe floor.

St Kilda had been getting opened up through the midfield through the first three rounds before steadying the ship with a remarkable comeback last week. I will take the first three rounds as a better indication of their form line and the fact that they have given up the fourth most points to the position at 86 per player screams to load up on the mid-priced Tiger mids.

It is no surprise that the Saints have been getting killed in the ruck this season given they have had to be without their first and second string ruck. Marshall has returned, however as a more natural forward than ruck, he has historically been a great player to target in the ruck as well.

Jack Bytel (DS $7,370) came back into the side to replace Jade Gresham and he took the lion's share of his centre bounces. He has demonstrated a solid ceiling when playing an inside role this season with two of his three games going for 70+ fantasy points (right on 10x value at his current price point). He is the most obvious value play on this single game slate and will likely be one of, if not the highest, owned player on the slate. 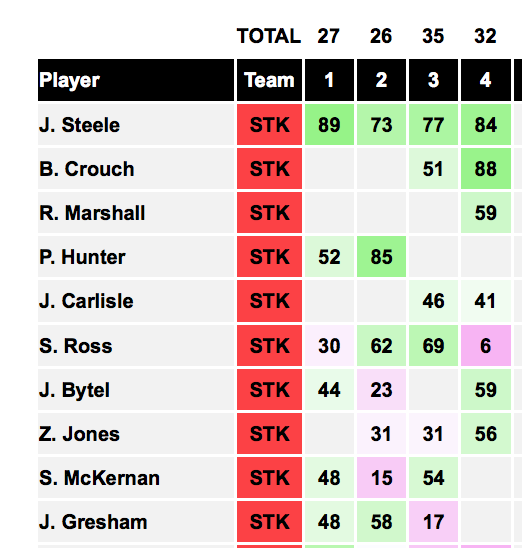 Dustin Martin (DS $13,710) has seen a price dip after two straight sub 100 point games. He is still playing significant time through the midfield, attending around 75% of their centre bounces. This looks to be a positive matchup for him as St Kilda have given up the 106 points per game to the top three scoring players in the midfield this season, and they have also been susceptible to forward, which is a position Martin splits time with. Another factor I like is playing a superstar off couple of down performances, this is a massive game for the Tigers who are sitting at 2-2 and that is when Martin is typically at his best. Lock and load.

Shane Edwards (DS $11,420) is plugging the role on the inside that was left by the injury to Dion Prestia. He is attending over 80% of the Tigers centre bounces and he has shown in past years that while playing through the midfield he brings a 100 point upside (which would be GPP winning value at this price point. Similar to Martin he is facing an elite matchup against St Kilda who have conceded points to midfielders this season.

Brad Crouch (DS $14,240) There are only three players on this slate above the $14k mark and they are all Saints. Steele is always in play if you want to spend all the way up to $16k, but I prefer to take the savings and take Crouch who offers the same upside. Last week Crouch looked to have settled into his role with St Kilda attending 88% of the centre bounces (up from 51% in his first game) and seeing his time on ground back to a normal level. This resulted in a massive score of 125 points, giddy up! 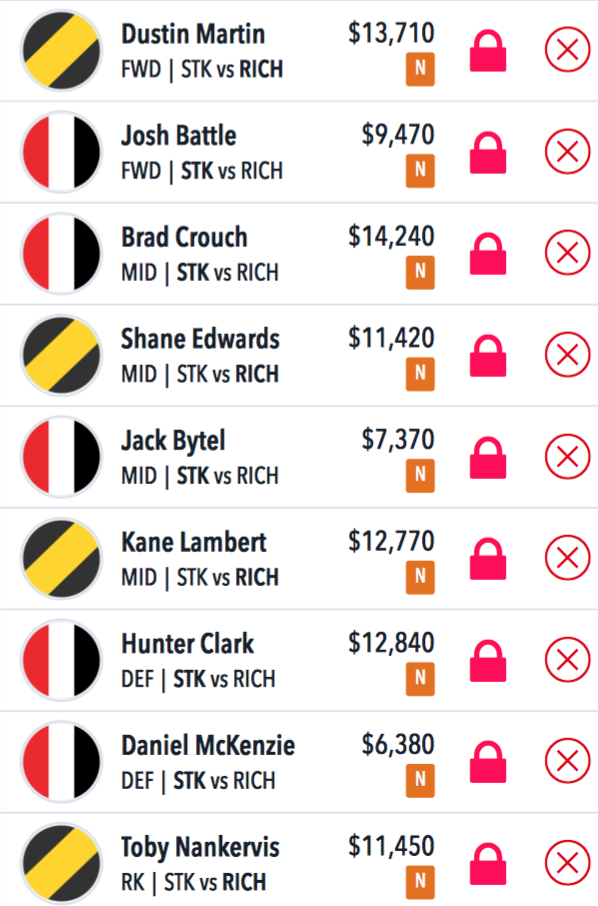