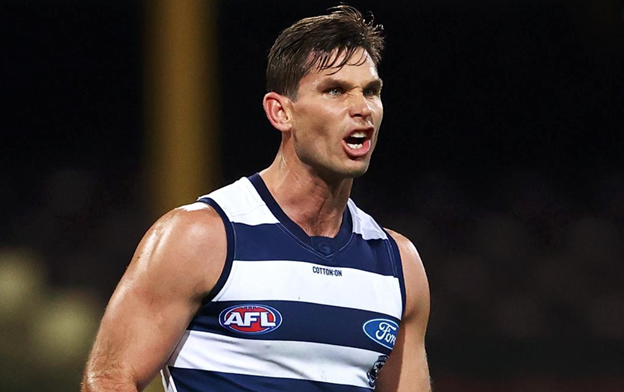 Time to wrap up Round 5 of the 2021 AFL Premiership Season with a cheeky 3 game Sunday slate. The major platforms have us covered with a wide array of huge contests on offer:

Conditions look spot on for football in both states where games are scheduled Sunday. Nothing but slight chances of glancing showers. Let's play!

Given their current standings it is really no surprise to see Hawthorn and North Melbourne in the top 3 for points conceded to midfielders this season. Both sides are giving up approximately 88 points per player to the position, but Hawthorn stand out even further when you isolate the top three scorers giving up 113 points.

These numbers are staggering. North Melbourne are giving up over 10 points per player above league average to forwards this season (over 6 points per player higher than the next team). This trend could be even worse after this slate as they take on one of the toughest away grounds in the league down at Geelong where they are 57 point underdogs.

Tom Atkins (DS $9,270) has settled nicely into his new role off half back this season. Averaging 73 points per game for the year he has posted 2 88-point games from his last three matches (solid value return for his current price point). This round he faces the worst team in the league down at Geelong’s fortress where they are 57 point favourites. The Kangaroos have given up the most disposals in the league are top five for uncontested disposals conceded.

Harry Schoenberg (DS $8,490) has picked up more midfield time as the Crows are currently without Matt Crouch and Rory Sloane. Last week he took full advantage of this role and posted 98 fantasy points. His price barely moved, and the Crows return home this week to face Fremantle who I expect to struggle on the road.

Lachlan Sholl (DS $10,860) is having the breakout season predicted by most fantasy gurus heading into this season. Averaging 88 points on the season he has demonstrated a high ceiling for his current price point with two games above 100 points already (including his 130 point masterclass last week). Fremantle have given up the second most uncontested possessions this season and are top 5 for uncontested marks conceded, both of which are bread and butter for Sholl’s scoring.

Jack Viney (DS $12,940) remarkably has seen little to no price boost after these last two weeks where he has posted 104 and 123 fantasy points. He is a lock and load play for me on this slate given his current price point. It is too cheap for his output and to make the situation even better he has an elite matchup against Hawthorn who have given up the second most points in the league to midfielders and an average of 113 per player when you isolate the top three scorers at the position.

Tom Hawkins (DS $12,180) will be the key to my Geelong stacks up forward. As noted above North Melbourne are giving up the most points in the league to forwards at 73 per game. If you isolate that to the top three scorers at the position it is a massive 93 per game, which is over 16 points above league average. Key forwards in particular have gotten hold of them, given their current lack of defensive height.

Cam Guthrie (DS $15,790) has been making an absolute pig of himself fantasy wise since last season now. Averaging 113 points per game, he has already flashed that 150 point ceiling this year and that should be in play again on this slate. Down at the cattery in a game where the Cats are favoured by 57 points, Guthrie will fill up on uncontested mark/kicks. As noted above the Kangaroos are giving up the third most points to midfielders this year and concede the most disposals in the league. 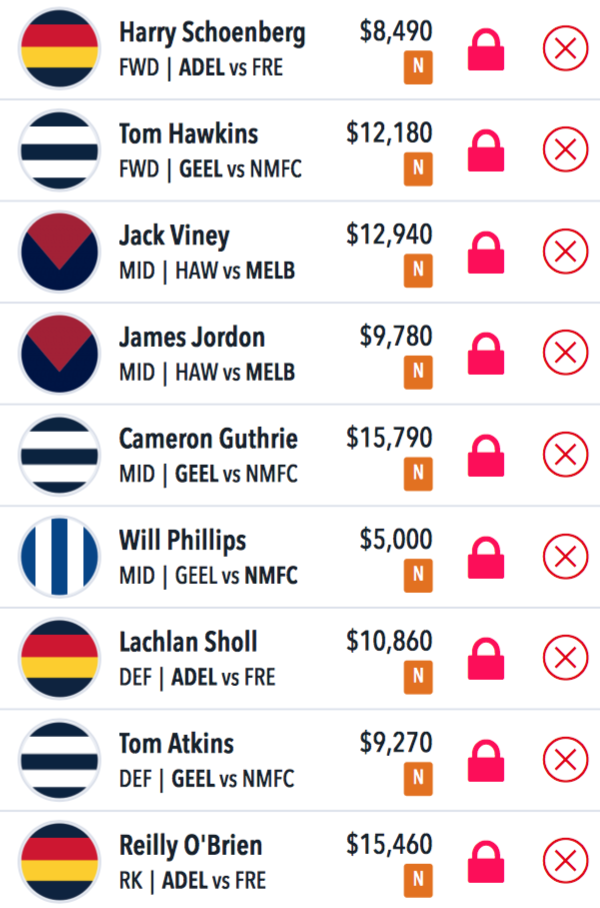