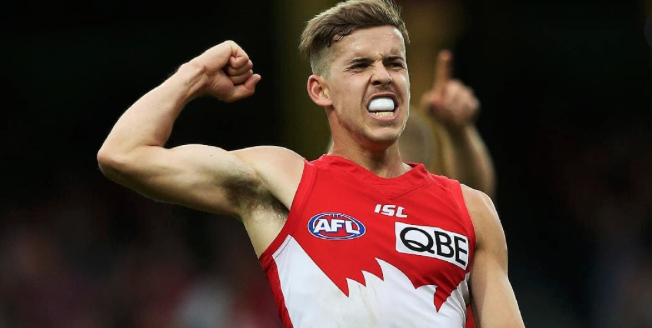 For the first time this season we are getting a traditional Super Saturday with a massive 5 games on this slate. As always there is a wide range of massive daily fantasy contests on offer, so pick your poison:

Looks like clear conditions across Australia tomorrow, with nothing indicating any real impact on an AFL games. That means we are all free to select our teams without trying to guess the weather!

Bruise free football is what comes to mind when I think of the Gold Coast Suns. They are rare team that loves to rack up the uncontested possessions but also gives them up to the other team. This year they have allowed opposition to fill up across the back line giving up 74 points per player, the second highest mark in the league. Tigers are another team you can traditionally target with defenders, and this year has been no different.

No surprise here to see the worst team in the league giving up the second most points in the league to midfielders. The Fremantle stacks will be heavy on this slate and with good reason. To be continued below…

Stack Fremantle forwards! The Dockers are 37 point favourites in this matchup and the Kangaroos have been getting destroyed by forwards this season conceding 71 points per player (the most in the league). This approach didn’t quite work last week against Geelong, however I will be going right back to the well this round.

Deven Robertson (DS $6,870 DK $3,400) comes back into the team in a much easier matchup than his last game where he managed just 43 points against the Western Bulldogs. In his first game he posted 93 points, which would be GPP winning value at this price point and is one of the few value plays that stands out on this slate.

David Mundy (DS $13,180 DK $6,600)… if you had asked me before the season started whether I’d be tipping David Mundy at $13k this season I’d have thought you were crazy. But he old dog still has a few tricks and has shown GPP winning upside with two games of 120+ this year. This matchup is one of the top matchups at his position in the AFL as noted above, and with Adam Cerra out and Andrew Brayshaw our surprise fade of the day (see below), take advantage of Mundy who will likely be under owned on this slate to flip the field.

Matthew Taberner (DS $10,380 DK $5,400) is the key forward I will be rostering in my Fremantle stacks. We have seen in past years that he has 100+ upside and he has just posted back to back games of 80+. This is the best matchup in the league for forwards and the Dockers are 37 point favourites at home.

Callum Sinclair (DS $11,420 DK $5,200) comes into the Swans lineup as the lead ruckman to replace Tom Hickey this week. By chance, he comes into what is likely the best matchup in the league now in the Gold Coast Suns. The Suns have been gutted of all their ruckman this year and as a result Sinclair should have his way with the Graham/Burgess combo they are relying on. Sinclair has shown on a number of occasions he has the ability to top the 100 point mark, which is more than enough value to return at this price point if you are looking to take down a GPP.

Jake Lloyd (DS $14,460 DK $6,500)… it is not very often in recent years that you have been able to pick up Jake Lloyd in the $14k range. On this slate he draws one of the best matchups in the league for backs as we noted above with the Suns giving up the second most points in the league to the position. When you isolate the top three scorers, they are conceding 93 points per game, which is over 8 points per game above league average.

FADE - Andrew Brayshaw (DS $12,790 DK $6,600)… this probably looks crazy off first glance. Given his performance this season Brayshaw’s price is way too cheap, and to make matter worse he has one of the best matchups in the league in what should be an absolute fill up for Fremantle. And there is no doubt he will be one of the top owned plays on the slate (he has consistently been one of the highest owned in each of the last two weeks).

But if you look a little deeper you will notice that in the last two weeks North Melbourne have tagged Rory Laid (in the second half) and then Joel Selwood last week. If we expect this to continue the options are limited at Fremantle as Nathan Fyfe is likely too big and will play forward and their other young gun Adam Cerra is out. In addition we got a look at what it looks like when Brayshaw gets tagged two weeks ago against Hawthorn when James Worpel went to him and held him to just 54 fantasy points. 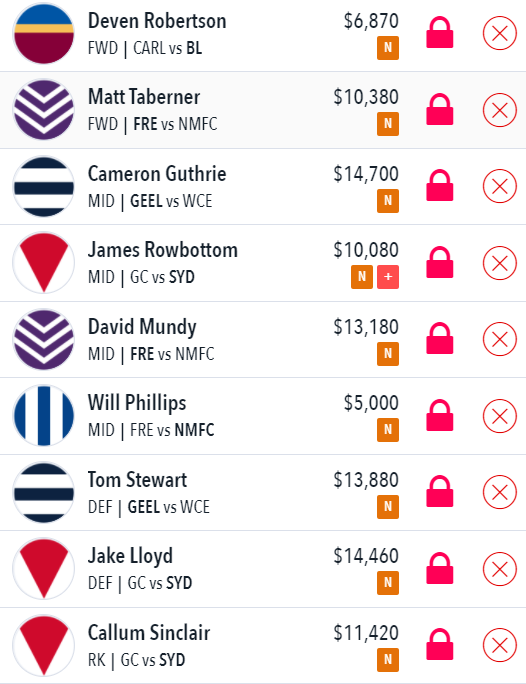