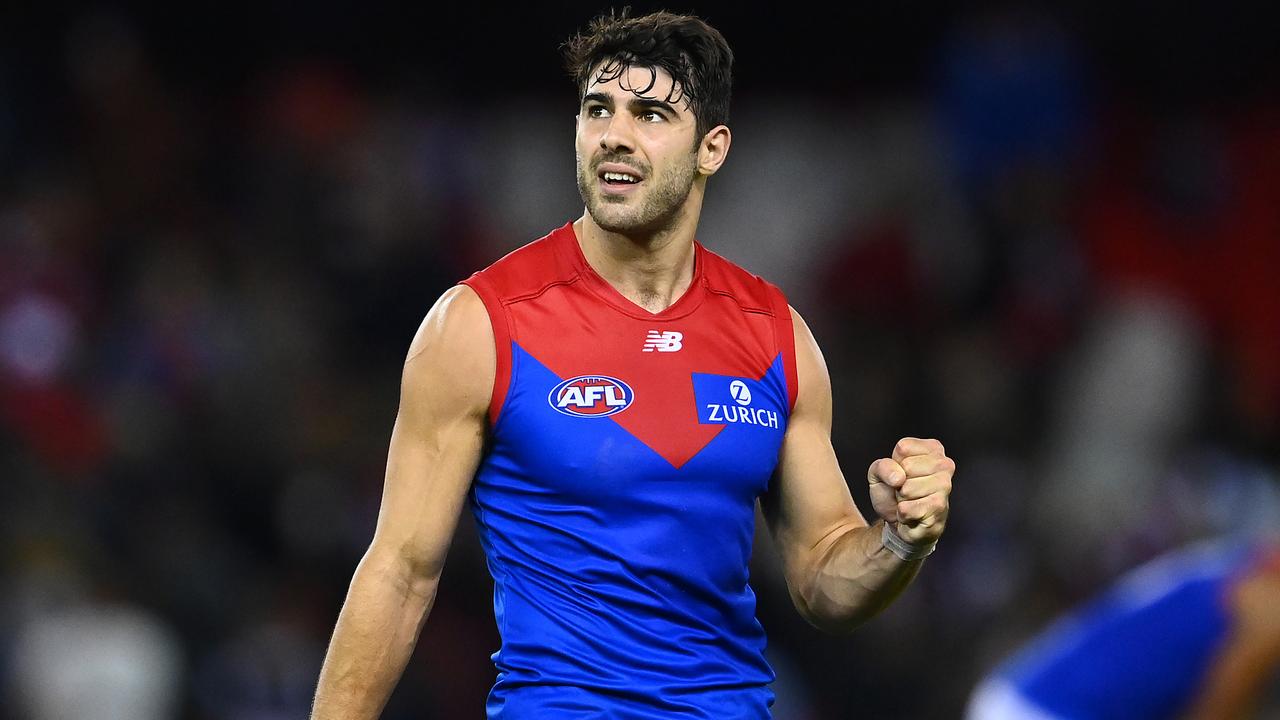 Round 7 of the 2021 AFL season wraps up on Sunday with three games of fantasy goodness to build your lineups on. In addition to the usual Sunday fare, be sure to check out the Draftstars Golden Ticket qualifiers to book yourself into the massive $300k Live Final!

Not much to speak of on the radar with Hobart and Perth forecasting fine conditions. Melbourne is set for a 25 degree game but there will be “showers developing” with the chance of a thunderstorm in the late afternoon/evening. With only 1-3mm predicted it is unlikely the match will be much affected if at all.

Three teams stand out on this slate as being a positive matchup for their opposition. The most obvious of these is North Melbourne, who sit at the bottom of the ladder and come up against the flying Demons. Melbourne stacks are going to be super popular for good reason. Both teams in the Western Derby are giving up above average fantasy points this season and a fast dry deck in the west might provide some high scores.

The one area North don’t stand out is against opposition backs, where the two Western Australian teams top the list, especially Fremantle. This looks an obvious spot to work around your Melbourne stacks if you are that way inclined.

Nick Bryan (DS $5,000) is a 19yo ruckman making his debut for the Bombers against the Blues. Over the first two games of the season in the VFL he is averaging 20 possessions and 32 hitouts with his work around the ground being a highlight. Coach Ben Rutten has indicated he will share the ruck with Peter Wright but at minimum salary he may only need half a game in the main role to outperform his price.

Jake Melksham (DS $5,370) hasn’t exactly covered himself in glory recently but his salary is extremely low for a 10 year veteran with a long career of averaging 60+. His three game average has him priced at 10x and he gets an ideal match up against the lowly Kangaroos. He’s simply priced too low here.

Ben Brown (DS $6,580) makes his Melbourne debut against his old team and is another forward who looks priced too low. Before an injury-riddled 2020, he put together four years at a fantasy average of 65+ and comes in off three strong weeks in the VFL. Expect the Demons to look for him as much as possible against his old side - especially if the sting goes out of the game - which could result in him smashing his price tag.

Aaron Hall (DS $9,620) returns to the side after an injury which resulted in a 35 in his last game. His two previous scores were 123 and 99, which are obviously massive results at this salary. His new role at half back is extremely fantasy friendly and if the Roos try and stop the rot with a ton of backline possession like they have in recent weeks, there’s no reason Hall can’t put up another ton.

Christian Petracca (DS $17,460) and Clayton Oliver (DS $16,820) are both priced right up given they both average about 125 across their past three matches but they are still in play here despite the high salaries. Obviously they get a great matchup against the Kangaroos, who are giving up the most contested possessions in the competition - an area where both can feast. With a number of clear value plays on the slate, you might find yourself with plenty of salary left to spend and these two guys should still give you good bang for your buck. 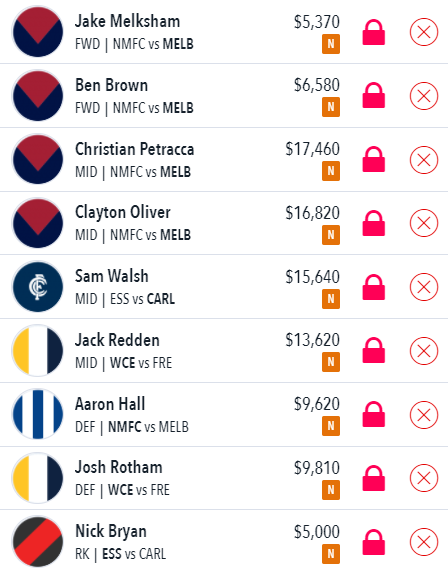