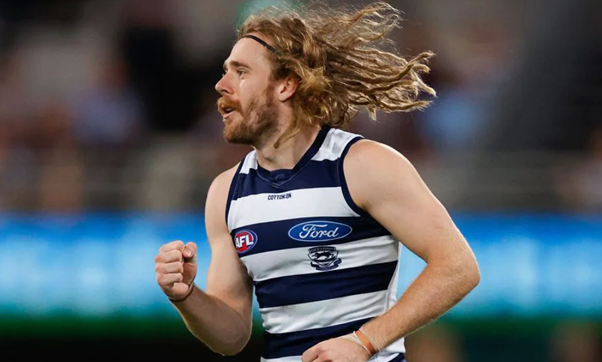 Round 9 of the 2021 AFL Premiership Season kicks off this Friday night with a game between St Kilda and Geelong at Marvel Stadium. As always we have massive daily fantasy contests on offer:

Melbourne is forecast to have a little bit of rain, however it will not impact the game at all given it is played at Marvel Stadium and the roof will be put on if required. Play ball!

No surprise when we are talking uncontested marks and possessions we are talking defenders. St Kilda have given up 72 points per game to defenders this season, which is the equal 4th highest mark in the league and just under 6 points above league average.

Outside midfielders are the other position I will gravitate to when stacking the Cats. The Saints have given up the third most points to midfielders this season at 89 points per game and this number balloons to 111 points per game when you isolate the top three scoring players at the position.

Ryan Byrnes (DS $6,940 DK $4,800) stands out as the clear value play on this slate averaging 66 points per game through his first two contests, which would be just under a 10x return in value. This matchup will be more difficult than the first two contests as the Cats are one of the toughest teams in the league to score against, however on a single game slate you don’t need to hit one out of the park to be the correct play and Byrnes allows us to spend up on premium Cats.

Mark Blicavs (DS $10,050 DK $6,000) was dominant last week starting in the ruck as the Cats hit that typical point in the season where they start playing ruck roulette after dropping Rhys Stanley. Blicavs attended just 10/32 centre bounces but was playing significant ruck time around the ground racking up 24 touches 16 hit outs to the tune of 107 fantasy points. There has been no change to the line-up this week and as a result, Blicavs is under-priced in the mid-point range.

Cameron Guthrie (DS $16,780 DK $11,000) in a matchup against the Saints who as we noted above are giving up one of the highest amounts of uncontested possessions and marks in the league, just screams a lock as a premium play. He has posted three straight games of 110+ and 6 of his last 7 have been over 100. In addition, he makes for a great link up player for Geelong stacks and if you can afford it and play him alongside Mitch Duncan, all the better.

Tom Stewart (DS $14,550 DK $9,800) is another Cat who has been consistently racking it up over this recent string of games with just one score under 100 points from his last 6 matches (and that was a 99). As we noted above this is an elite matchup for defenders as the Saints are giving up the 6th most points in the league to defenders, which is a mark that is 6 points above league average. 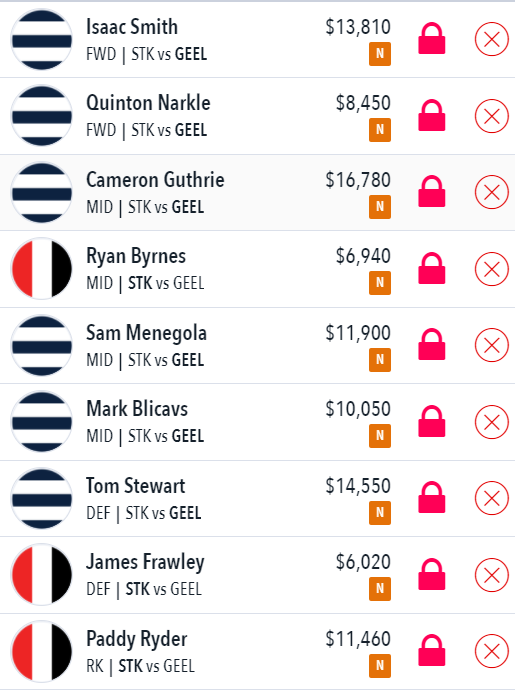 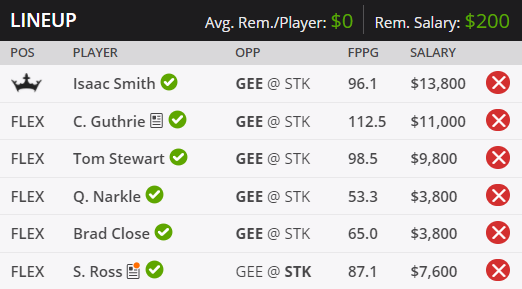