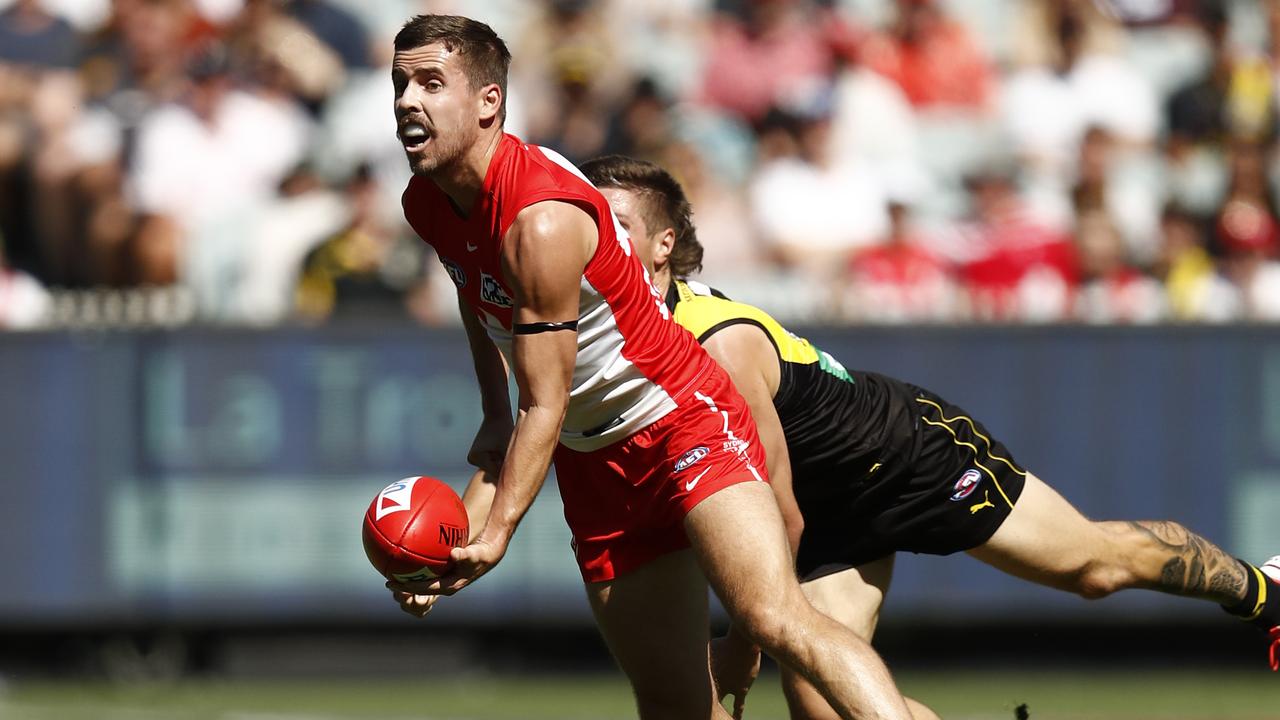 What is there not to love about Super Saturdays! We get a full boat of 5 AFL games this week to dive into. As always there is a wide range of massive daily fantasy contests on offer, so pick your poison:

Looks like clear conditions across the states hosting AFL games tomorrow with the exception of Melbourne, which is forecast to see up to 5mm of rain in the morning. This shouldn’t impact the afternoon game at the MCG too much given how well the ground drains, just keep an eye on the weather closer to lock.

Well what a dream slate for backs with the top four sides for points conceded to the position all playing this Saturday. Collingwood have been the number one target all season giving up almost 13 points per player above league average, while the Bulldogs, Tigers and Kangaroos are the next best options and all comparable.

Collingwood are the team to target through the midfield as well, which means Sydney stacks will be the popular play of the day. Hawthorn sit right behind them, giving up 91 points per game to midfielders this season, however it is hard to feel comfortable piling into North midfielders no matter who they play.

There is nothing overly surprising about the fact that North Melbourne have been getting killed by opposition forwards this year giving up 67 points per player to the position (most in the league).

Rory Atkins (DS $7,660) will make his debut for the Gold Coast Suns this week and likely slot into time on the wing and possibly on the ball given Touk Miller is out with a finger injury. Atkins had a poor season last year playing just 4 games and averaging an injury interrupted 35 points in the short quarters. The three seasons before that, however, he posted season averages no lower than 79.6 points per game and based upon that form he is under-priced on this slate and pretty much a lock and load play!

Peter Ladhams (DS $8,690) will take the number one ruck role for the Power with Scott Lycett not playing. We have seen in past games where he has this role his upside is above the 100 point mark, and on this slate he has an elite matchup against the Western Bulldogs who have given up the 82 points per game to the number one ruck this season (6th most in the league).

Aaron Hall (DS $13,500) has started to see that price boost, but it still isn’t where he will end up given the role he is currently playing off half back. In some ways, he has taken over a lot of Jack Ziebell’s duties from earlier in the year and we saw Ziebell’s price get up to the $17k mark in recent weeks. After you take out his injured 35-point game, Hall has posted three straight games of 123+ points and on this slate he draws the Hawks who have given up above average numbers of uncontested possession and marks this season.

Steele Sidebottom (DS $12,700) has moved back into the inside in recent weeks, attending 70% of the Magpies centre bounce attendances last week. It didn’t translate to the fantasy output last week, however as we saw on ANZAC day he still has that 120 point upside, which would be massive value return at this price point.

Jack Graham (DS $10,090) should get his opportunity in the midfield this week purely by necessity as the Tigers line-up is gutted by injuries to Dion Prestia, Trent Cotchin, Shai Bolton and Shane Edwards. He has already shown this year that when given an inside role he has a GPP winning ceiling, posting a massive 115 points in round 1.

Jake Lloyd (DS $14,960) has been his typical consistent self this year after a slow start in rounds 1 and 2. Since then he has posted just 1 game under 100 points from his last 6 matches and that was still a 92 point performance. On this slate he draws the top matchup in the league for defenders as we noted above, with the Magpies giving up 102 points per game to the top three scoring opponents at the positions.

Tom Mitchell (DS $15,530) draws the worst team in the league this round and the Kangaroos have given up the fourth most points in the league this season to midfielders. Mitchell is well priced for his upside, and he has gone under 100 points in just 1 of his 7 games this season. Currently he is coming off back to back 120+ point games and there is no reason to think this won’t continue against North Melbourne. 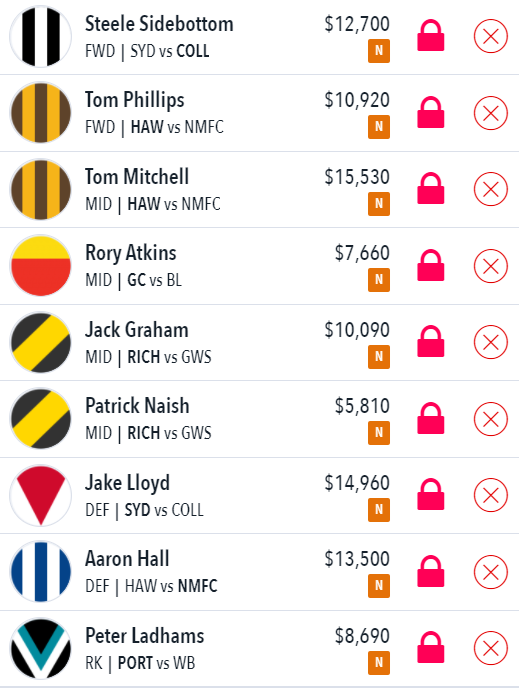