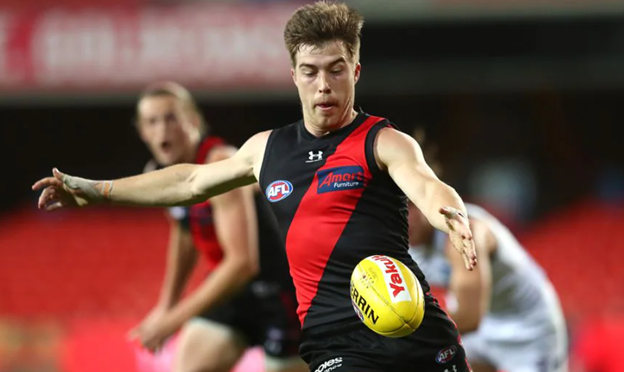 Time to close out Round 9 of the 2021 AFL Premiership Season with a 3 game Sunday slate.  The major platforms have us covered with a wide array of huge contests on offer:

Another relatively clear day across Australia from a rain point of view. I am comfortable not having to consider the weather when selecting on this slate.

Fremantle are the clear team to attack via the back line on this slate. They are the only side in the top five for points conceded to the position at 72 per player. West Coast and Adelaide are the only two other teams that give up more than league average points to the position.

Essendon and Fremantle are the two sides to attack up forward, however they square off against each other on this slate. Essendon are small favourites and I would tend to back them in at home, so their forwards look like a solid option. The key thing to note is that Fremantle are leaking points to premium forwards in particular, with their opponents top three players at the position averaging 87 points per game (which is the most in the league and almost 10 points per player above league average).

Chayce Jones (DS $5,440) is probably not someone I ever thought I’d see again in a fantasy preview. To get an idea of how much of a battle fantasy scoring has been for Jones, he is the namesake for the ‘Chayce Jones Memorial Award’ that goes to any player who attends more centre bounces than they score fantasy points and to date no other player in addition to Jones has won this award. This is likely a new Jones, however, now playing off the half back in recent weeks he posted a three game average of 74 fantasy points, which culminated in a 27 disposal game last round. At close to the minimum he offers potential value in this new role.

Oscar Allen (DS $8,800) saw a price dip after having to play in the back line the last two weeks due to the Eagles lengthy injury list. This role saw him post back-to-back scores of 47 fantasy points. With Jeremy McGovern and Tom Barrass back into the line-up this week, however, Allen will return to his usual role up forward. Through the first 5 rounds of the season while playing up forward Allen posted three scores of 80+ (2 of which were over 90). This is an elite matchup for him up forward as West Coast are 41-point favourites against the Crows.

James Harmes (DS $10,050) has move back into the midfield this season, which back in 2018 was a role he excelled in both in his play and his fantasy scores. The fantasy scoring has certainly resumed this year; despite being a small sample size of 2 games he has pointed an average of 93 points per game (which included a 100 point performance last week).

Jordan Ridley (DS $12,230) started the year racking up fantasy points across half back, averaging over 100 points through the first four games. After injury interrupted his season, he should be ready to return to early season form. As noted above this is an elite matchup for him as Fremantle have given up 93 points per game to premium defenders this season (the 4th highest amount in the league).

Zach Merrett (DS $16,400) has been a model of consistency this season posting 100+ points in each of his 8 games. This includes 6 games of 111+ and on this slate he has a solid matchup against Fremantle at home in which the Bombers are favoured to win. Fremantle are in the top tier of the league for uncontested possessions and marks conceded this season, which should play right into Merrett’s strengths on the outside.

Andrew Gaff (DS $15,840) has been a lock play for me at home this year, even after the tough early start to the season. In his last 6 games he has gone over 110 points 4 times, include three scores of 131+ points (which is a GPP winning return of value). His only two games under 100 points during this stretch were away games, and on this slate Gaff is in the comfortable home confines of Optus Stadium and his side are 41 point favourites. Lock and load! 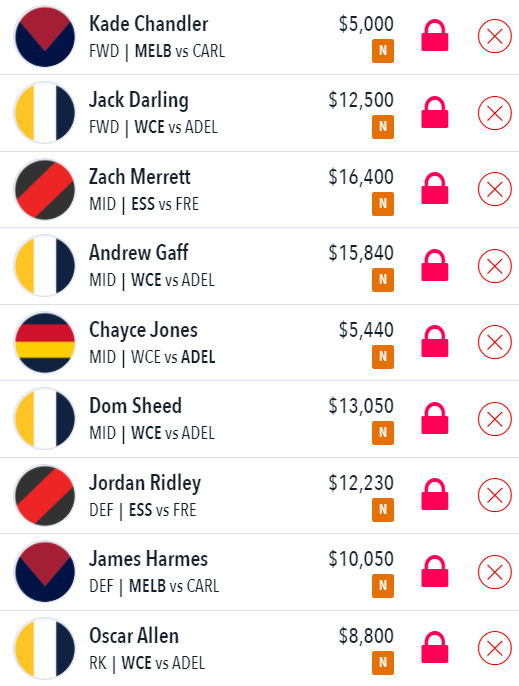