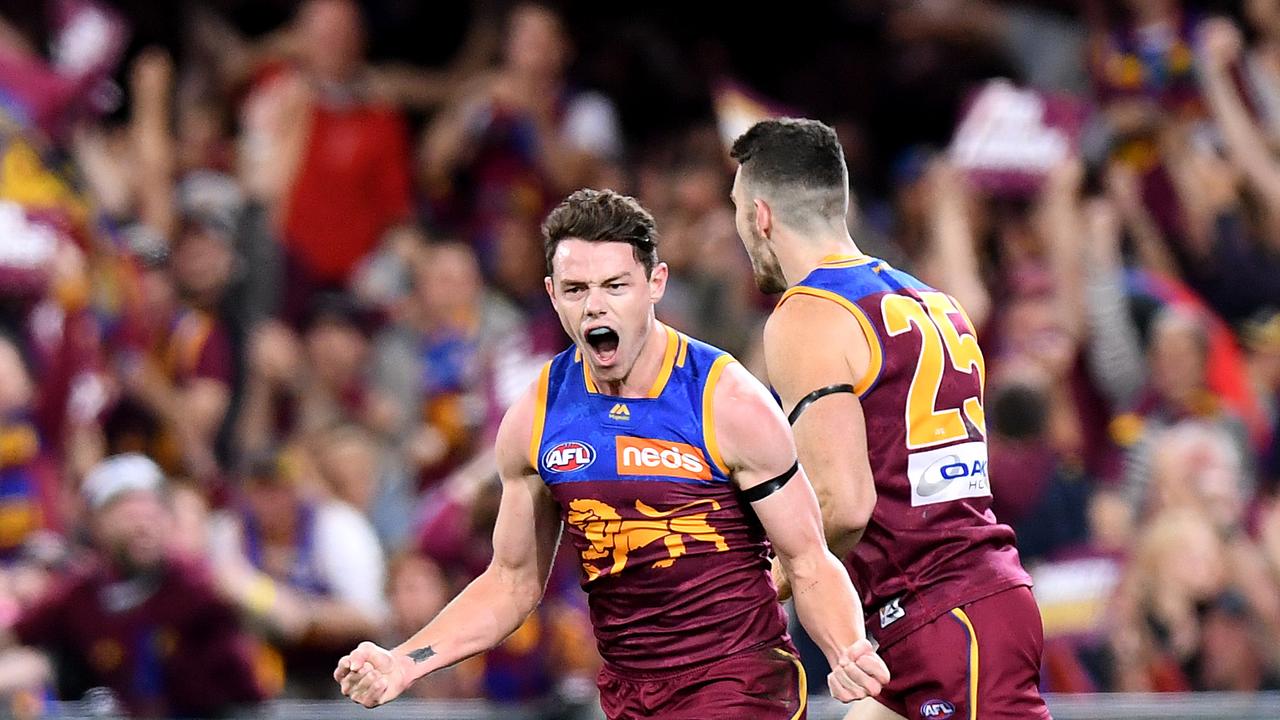 Week 1 of the 2021 AFL finals series rolls on with a two game Saturdy slate. We get the battle of the bridge between Sydney and GWS to kick things off, followed by the main event between Melbourne and Brisbane. There are massive daily fantasy contests on offer for this slate, so pick your poison:

Conditions are all clear down in Tasmania for the first final, there is a sprinkle of rain expected throughout the game in Adelaide so monitor the weather in this region closer to line-up lock. All in all there shouldn’t be much of an impact on either game.

Surprisingly, the league’s top team this season has given up the third most points in the league to midfielders. The way they setup with a spare man behind the ball allows them to be beaten at the contest but turn the ball over and setup their attack from the backline. The Lions have plenty of fantasy pigs who will be keen to take advantage in this area.

GWS have been one of the top teams to target in the ruck all season regardless of who has been lining up at the position. They will go back to the old head in Shane Mumford for the final, but across the year the Giants have given up 89 points per game to the opponent’s number one ruckman, which is the equal second most in the league.

Lachlan Ash (DS $7,970) price has remained in the $7k range and he has developed a very consistent floor for this price point, posting just one score under 65 from his last 5 games. Given it is just a two game slate and we are in finals where value is limited, finding this level of output is often all you would need, unlike a usual 5 game Saturday slate you do not need to hit every selection out of the park. I will link Ash up with other Giant backs and hope the game script plays out that the Giants possess the ball across the back line. As we have seen earlier in the season Ash does off a huge ceiling.

Jarrod Berry (DS $7,320) looked to be finding his form from past years last week in his 5th game back from injury. He posted 82 fantasy points and was given he has been getting exposure to the centre bounces (between 25-80% over the last four weeks) he will get the opportunity to pay off this price point.

George Hewett (DS $10,470) / James Rowbottom (DS $9,290)… the Swan have lost two of their best midfielders heading in the first week of finals with both Josh Kennedy and Callum Mills out of the line-up. This means other players will be given more midfield time, which for us means more opportunity for fantasy scoring. Hewett and Rowbottom are two favourite choices and essentially Hewett is the safer play, his centre bounce attendance has been far more consistent and he is coming off back to back 90+ point games. Rowbottom is a more a flier, he has greater upside (110+) but he really isn’t seeing the same midfield time as Hewett.

Tom Hickey (DS $12,470) is my number one ruck play on the slate. As noted above he draws one of the top matchup in the league against Shane Mumford and Hickey has shown this season as the sole ruck for the Swans he has the upside to pay off at $12k salary in a large GPP.

Jacob Hopper (DS $12,530) should dismantle the Sydney midfield on the inside. The Swans have given up the fourth most contested possession this season and without Kennedy and Mills playing they figure to be worse in this space. Hopper is the Giants genuine inside midfielder and the mainstay in the middle as they tinker around with everyone else’s positions. He has shown 110+ point upside and should be a point of difference eon this slate.

Lachie Neale (DS $13,740)… as noted above the Demons are happy to concede big numbers through the midfield. Given the size and value options on the slate it will not be easy to squeeze in Lyons and/or Zorko, however there is the next best thing down at $13.7k. Lachie Neale has started to regain form after an injury plagues season posting back-to-back 110+ point games. If I can afford to get up to Lyons in my line-up that is my preference, but for better builds sliding down to Neale looks the top option. 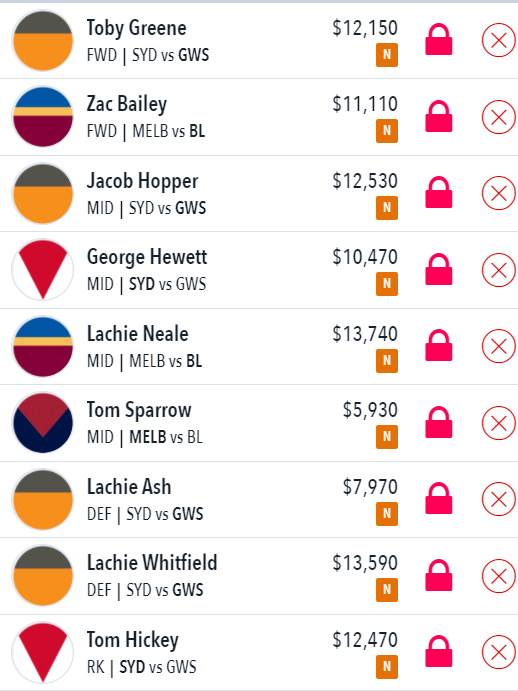