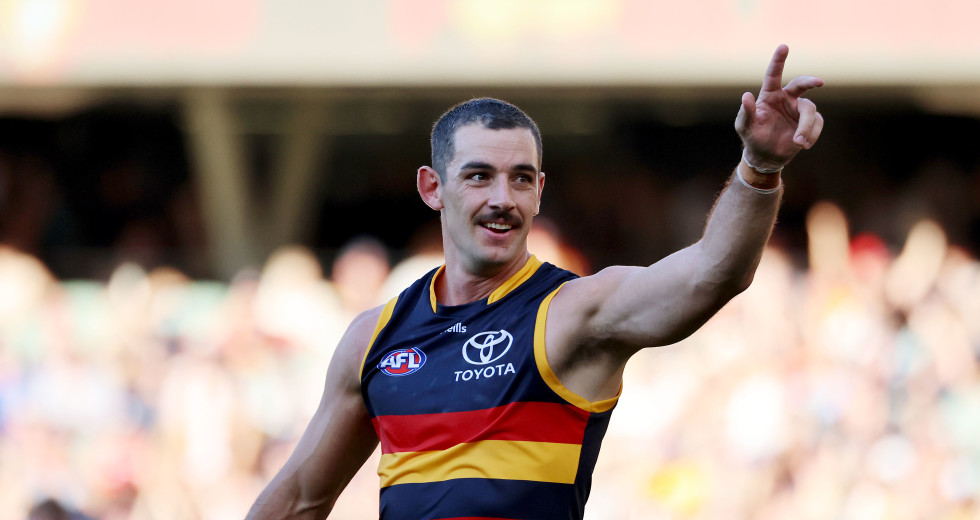 The first of the bye rounds sees this 2022 AFL season Saturday slate reduced to three matches, however all throw up tantalising fantasy prospects.

Adelaide get their turn to try and savage the lowly Eagles, while Melbourne and Sydney will play out one of the matches of the round at the MCG.

There is a strong likelihood of rain in both Melbourne and Adelaide, so keep an eye on the radar in the lead up to these games. Darwin will be hot as usual.

There are plenty of clear trends to work with on this slate.

Melbourne has been the team to target all year with opposition backs, as the ball often gets stuck inside defensive 50 for these teams. Some monster scores have resulted, so you could look to pair Sydney backs on this slate.

Cellar dwellers West Coast and North Melbourne have been easy pickings for opposition midfielders this year. That trend is likely to continue on Saturday however bear in mind that both teams face average opponents this round in Adelaide and Gold Coast. The same can be said for forwards.

Without #1 ruckman Nic Naitanui, West Coast have conceded huge points to rucks. Reilly O’Brien is coming off a season best performance last week and is in play here.

This Adelaide youngster has not gone below 59 in three full games of footy and has shown he can score through a variety of avenues. West Coast are a great matchup for him to achieve value this week.

The Suns’ excitement machine backed up a five-goal haul with 59 fantasy points against the Hawks, just about hitting value for the second consecutive week. He gets a prime matchup here.

While all the talk this last week has been about Tex’s contract, I expect him to make headlines on the field if the rain stays away on Saturday. Coming up against the lowly Eagles Walker is easily capable of a 100+ score, after going over 90 three times at the start of 2022.

Anderson showed last week that he is back to full fitness and form, posting a huge 149 against the Saints. While this pick could be seen as points chasing, Jed has expressed his excitement to play in front of a home crowd and inside mids generally score well against the Suns. 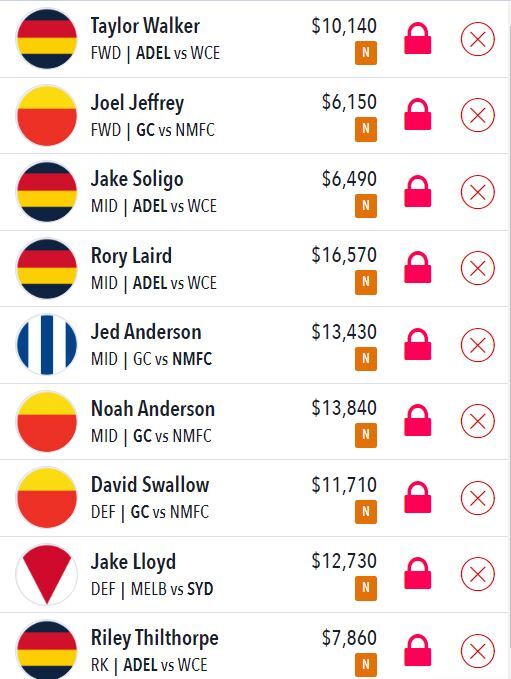