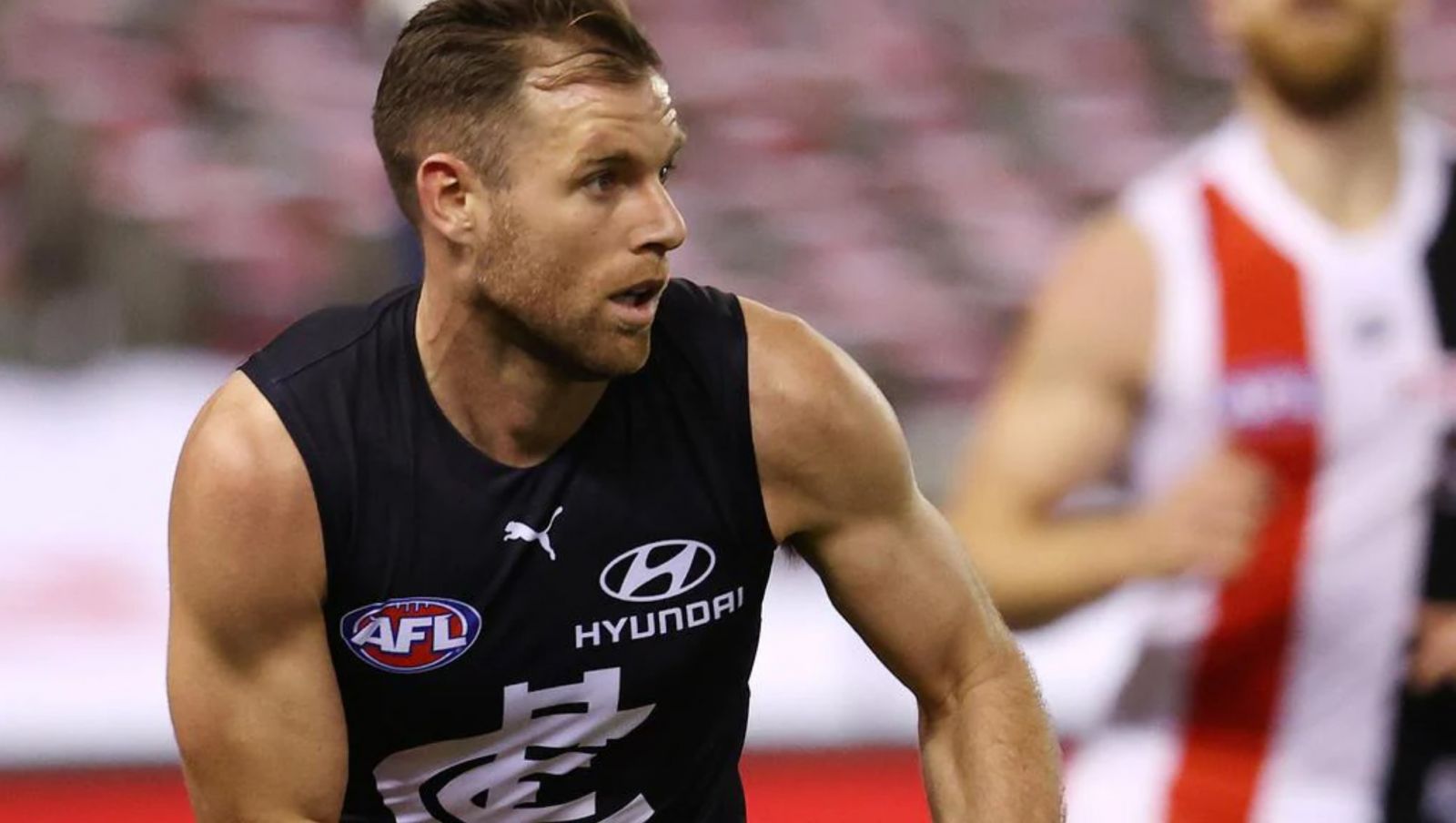 The Blues and the Saints clash on Friday night at Marvel Stadium in an exciting match up between two emerging teams. The Blues proved their premiership credentials with a stirring win last week against fellow contender Fremantle. Meanwhile the Saints had a good start to the season, but have now slipped out of the top eight to raise some questions over their progress. The Saints will be desperate to respond in what they would see as a winnable match up here against Carlton. 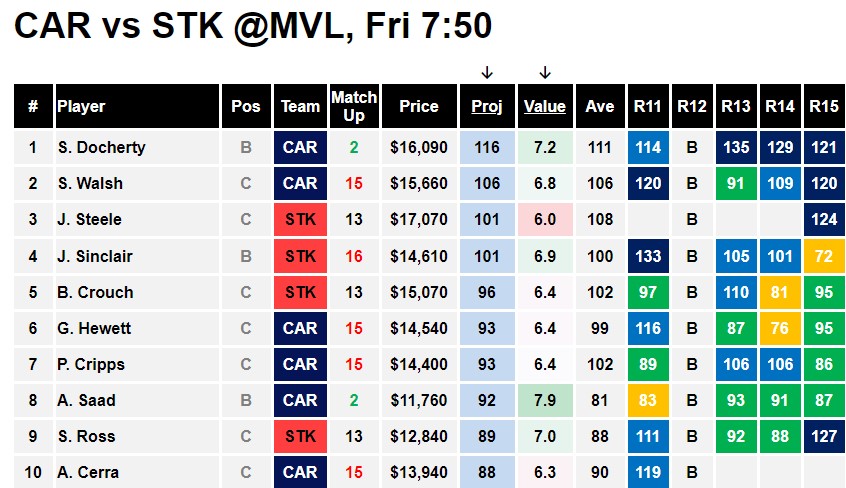 Smatho and Roody have put together a Bonus Episode of the Draftstars AFL Show as they breakdown the Friday Draftstars Contest!

Scattered showers and a chilly 13 degrees in Melbourne on Friday night but that won’t worry anyone under the safety of the roof at Marvel Stadium!

Neither team is particularly leaky in terms of fantasy points, but the one area we can exploit is defenders against St.Kilda where they rank second worst overall in the league. Last week, Jake Lloyd ran amok for 39 disposals and a massive 141 fantasy points. That was backed up by Nick Blakey (31 disposals, 97 fantasy points) and Oli Florent (27 disposals, 115 fantasy points).

The Blues may have a depleted backline, but they do have a number of running accumulators who love nothing more than cheap possessions and +6’s in their back half. Look to target them in this one.

Both teams have guns in the mids and forwards, so the key will be finding the right value plays to accompany them.

While there are plenty of bigger names in the backline to target, a point of difference to save some cash might be Brodie Kemp. He returned to the side last week and looked very composed as he collected 17 disposals and 8 marks for a 72 against the highly-fancied Dockers. This will be an easier proposition against the Saints, so he looks a great value option at minimum price.

Matthew Cottrell is stringing together a solid season after teasing on the fringes of the Carlton side for some time. Cottrell has a 94 earlier this season, and most recently has gone 58, 72 and 69 in his last three matches. He’s enjoying his time on the wing, and if he can continue to push forward and hit the scoreboard, then he becomes a valuable fantasy play at a cheap price.

Sticking to the game script of Carlton defenders, then Adam Saad and Nic Newman are set to be highly-owned in this one. They are the key playmakers in the Carlton backline, controlling the majority of the kick-ins and being fed the ball constantly to release from defence. Saad has arguably been more consistent with his last five matches all scoring between 83 and 93 fantasy points. Newman might have a higher ceiling, with a 117 three games ago, but could let you down with a 70-ish score as well.

Seb Ross was a ball magnet last week with 31 disposals, 9 marks, 8 tackles and a massive 127 fantasy points against a strong Sydney opponent. In years gone by he was a fantasy gun and although he’s been down on form at times since, his last four weeks have been 111, 92, 88 and 127, which is more like the form of old. That’s solid scoring at the mid-range price tag if you want to pay down from the premium midfield options.

Heaps of great premiums in this game if you can find the value picks to squeeze them in. The pick of them is arguably Sam Docherty. He’s had an amazing comeback season this year, averaging 110.6, with a 3-game average of 128.3. He’s a man in form and his price now reflects that at over $16k. It’s steep, and normally I’d be happy to take him on, but given the Saints concede so badly to defenders, Docherty is the prime premium target here.

For a double “Sam” stack you can also include young gun Sam Walsh. After a slow start to the season, Walsh has been sublime in recent weeks, with 40 disposals and 120 fantasy points last week against a strong Fremantle side. The great thing about Walsh is his consistency with eight tons and a floor of 89. He’s unlikely to let you down, but will be a popular choice where there are several similar options for this game. 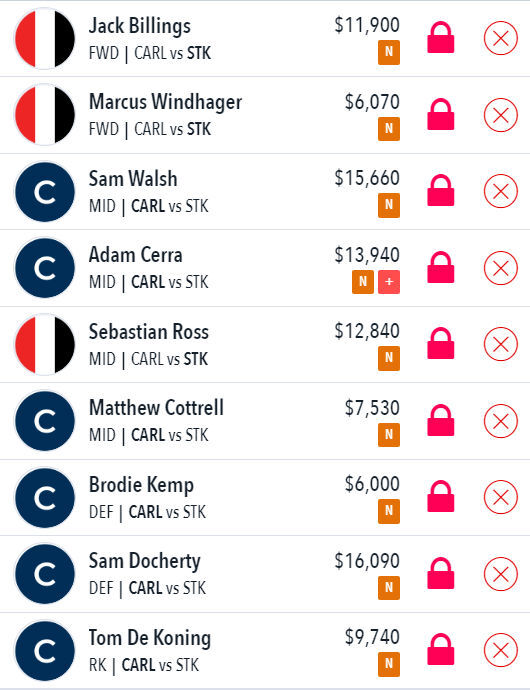