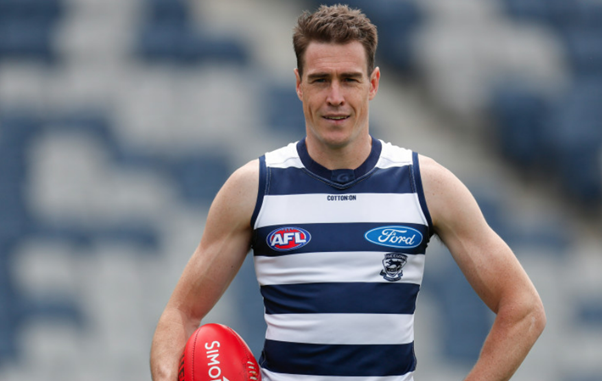 For Round 16 of the AFL Premiership Season we return to a mega four game slate with three lop sided matchups as Melbourne, Sydney and Geelong look to consolidate their ladder positions by boosting their percentage. The one game with real finals implications is the Gold Coast Suns hosting Collingwood at Metricon Stadium, with the Magpies sitting 7th trying to hold onto the finals position and the Suns at 11th and one win behind the top 8 teams.

Draftstars has all the daily fantasy lovers covered with a $75k main and a wide variety of other contests, including qualifiers to the massive $500k live final later in the year:

The Gold Coast is looks to be absolutely flooded with rain over the next few days including up to 35mm tomorrow. As a result we can expect the Gold Coast vs Collingwood game to be highly contested, filled with tackles and stoppages. In that match-up I would be avoiding any outside players and talls who are going to rely marking the ball and load up on rucks and inside midfielders who will rack up the tackles.

The Adelaide defenders would be drooling for this matchup against the Demons over in Adelaide, and us fantasy players should be too. The Demons have given up an average of almost 10 points per player to backs than the league average this season, which is a massive gap from the second highest team.

As you would expect from the worst team in the league, North Melbourne have given up the second most points in the league to midfielders. The only real surprise is they aren’t conceding the most points to the position. As noted above Geelong are over 11 goal favourites at home against North Melbourne and you can expect their midfield to absolutely rack up fantasy points.

No surprise, the story is similar up forward. North Melbourne have given up the second most points this season the forwards and when a team is favoured by 11 goals you can expect their forwards are going to have plenty of opportunities to score.

Gryan Miers ($8,480) had displayed a high ceiling over his years at Geelong. This year he has posted a 108 point game down at GMHBA Stadium against Adelaide in a 42 point win. This should be an even bigger win for the Cats against North Melbourne and I expect Miers to capitalise along with the other Cats forwards.

Brodie Smith ($11,430) is priced nicely in the mid range for a player that can go 100+ in the right matchup. He has posted over 100 in three games this season included twice in the last five. On each of those occasions it had been against  team that gives up points to defenders according to our points against data tools. As we noted above, this matchup against Melbourne is the best in the league for backs and I would be looking to link up Smith with other Crows backs in your lineups.

Mitch Duncan ($12,960) has slowly be starting to build back to his usual fantasy outputs with two games from his last three over 100 points. Despite those results his price point continues to stay under $13k. On this slate he has an elite matchup for midfielders against North Melbourne, and given the expectation that the Cats win by a wide margin there will be plenty of dead time in this game and that usually means a tonne of uncontested marks, which is Duncan’s bread and butter when it comes to fantasy scoring.

Jeremy Cameron ($11,550) is arguably the hottest key forward in the league right now with 17 goals from his last 5 games, including two games where he has notched over 100 fantasy points. I absolutely love him in this matchup where the Cats are expected to win by 11 goals and North Melbourne have given up the second most points to forwards this season. Cameron will likely be a popular option on this slate, so there is always the option to go against the grain to a degree with Tom Hawkins in a similar price range.

Cameron Guthrie ($14,490) started the season slowly for his standards as he adapted the Cats new game style that limited the number of short passes. As the season has gone on, however, he has come on strong with 7 games over 100 points from his last 9, including back to back scores of 111 and 126. GMHBA stadium has been a happy hunting ground for Guthrie, posting 6 100+ scores from 9 games on the ground in 2021, and as we noted above North Melbourne have given up the second most points to midfielders this season. 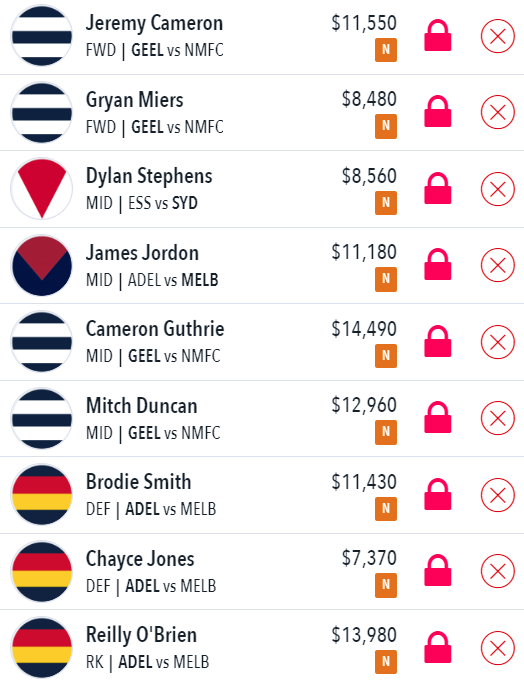